It was the most important match of the home-and-away season and what is more than likely going to be the highlight of the Essendon footballing calendar this year.

The annual Anzac Day match between Essendon and Collingwood did not disappoint. The Bombers have put together scintillating football in the first month and a half of the season where they have surprised sides that were caught by the pressure and efforts of the Bombers.

So read on for my review of the Essendon Football Club’s triumphant Round 6 performance over the Collingwood Magpies.

He was everywhere, he was on the inside, on the outside, and as shown by the metres gained as well as the sheer number of score involvements (9) along with his two goals as well.

I hope that this is the sign of something more from the much-maligned Bomber, but in order for Parrish to play his best footy he needs to be kept in the midfield to keep doing what he’s doing.

Parrish has become a barometer for the Bombers in the guts when he plays well the entire side lifts and takes on a wholly different complexion.

2. The lesser lights of Essendon shine
Much has been made of the new game style suiting Zach Merrett, or the youthful Bombers, but in my opinion, the Bombers have played their best footy when their lesser lights have shone the brightest.

On Sunday the Bombers were confronted with yet another injury leaving their backline very short and decimated, it was left to Jayden Laverde to operate as quasi key-defender against much taller players like Darcy Cameron, Brody Grundy, and even Darcy Moore.

Laverde was able to gather the ball 21 times with 13 marks and creep forward for a goal.

Peter Wright was another example of the Bombers’ lesser lights as he battled ably as a backup ruck/key forward for the Bombers.

Wright was able to be a dead-eye in the deep pockets scoring two goals and marking everything that went near him, he was able to show why he was so highly rated in his draft year and contributed to the Bombers win.

Along with Parrish, Wright played his best game for the Bombers in his short career.

3. Essendon’s pressure throws the Pies for a loop
The scoreboard flattered Collingwood somewhat as Essendon was unable to capitalise on the inside fifty dominance they had. The Pies made their job all the harder with some absolutely horrendous disposal by foot leading to 67 turnovers from the Pies made all the worse by the tackle disparity between the two sides (Essendon had 30 more tackles including 21 tackles inside fifty).

The Bombers mozzie fleet was able to leverage this pressure into eight of 16 goals including five goals to the mercurial Anthony McDonald Tippungwuti.

If the Bombers can bring this pressure over the next four weeks they could very well go 4-0 to balance their record at 4-4 by Round 8, something that was thought all but impossible at the start of this year.

4. Different and diverse goal sources for the Bombers
Cale Hooker has wound back the clock this year to be equal fourth in the Coleman Medal as we went into Round 6.

However, Hooker was goalless for the first time this year but it mattered little as the Bombers romped to a solid confidence building four-goal victory over with important contributions from Will Snelling, McDonald Tippungwuti, and Jake Stringer.

The efficacy of the Bombers forwards has left AMT and Jake Stringer nearly equalling their goal totals for 2020 barely a quarter of the way through the season. 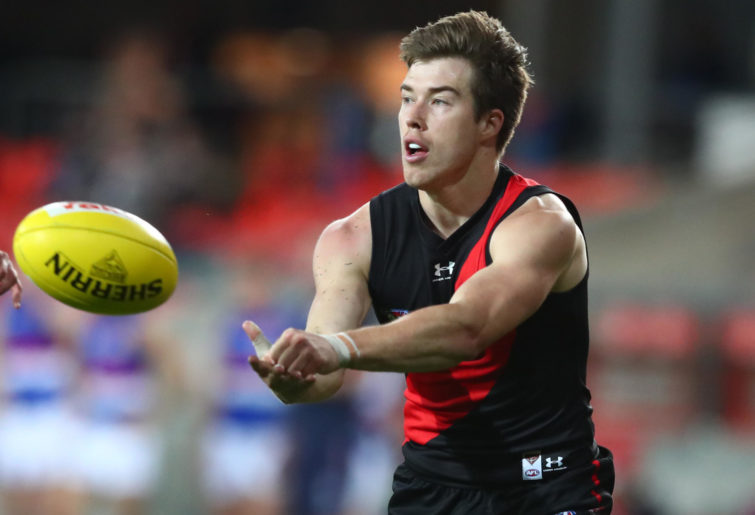 Some more news
How good is it to have fans back at the footy? as was reported on the day 78,812 fans was the single largest sporting event since the entire world shut down due to COVID.

We finally have proof that Andrew Phillips and Aaron Francis are not the same people with each of the players being seen in the same shot at the end of the match.

Much like the last time these two sides did battle the Pies shot out to the early lead that was promptly mown down by the Bombers, unlike last time the Pies remained within touching distance until midway through the last quarter. 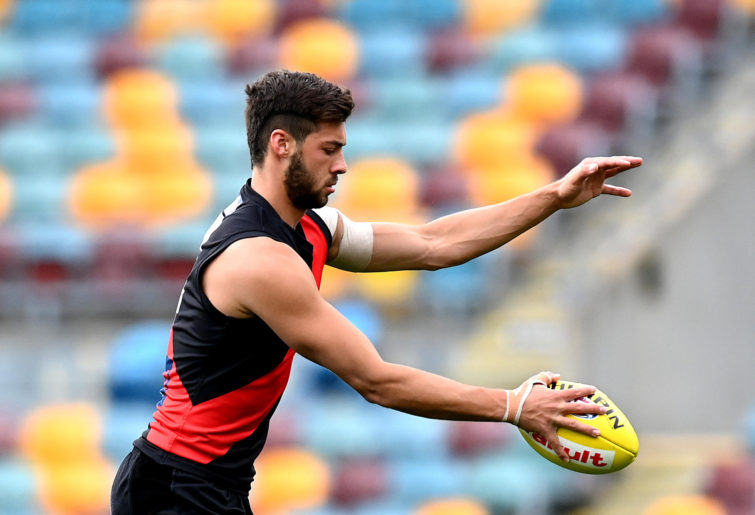 Conclusion
Thanks for reading guys, this year was always slated to be a long one for the Bombers but it’s good to get some relief with victories against a much-reviled opposition (I really really hate losing to Collingwood as my neighbours can attest).