One of football’s biggest mysteries – well, at least as far as I’m concerned – is how Collingwood tangled up their salary cap as they did.

Given Collingwood’s terrible start to the 2021 home-and-away season, we’ve seen some in the media – such as Gerard Whateley and Kane Cornes – now revisit Collingwood’s 2020 trade debacle, almost like they’re only now putting two (the trade debacle) and two (Collingwood’s current list) together to work out the equation (2+2=5) sucks.

But who’s really asked the hard questions about how the cap got in such a mess?

On Footy Classified, Eddie McGuire claimed that the cap is now in great shape. Could that be because they now have 24 players (including rookies) who’ve played less than 50 games on their list?

Seventeen of those players have played less than seven games. It’s a farcically imbalanced list and, as we see retirements from the likes of older brigade over the next two years, it’s going to get worse. 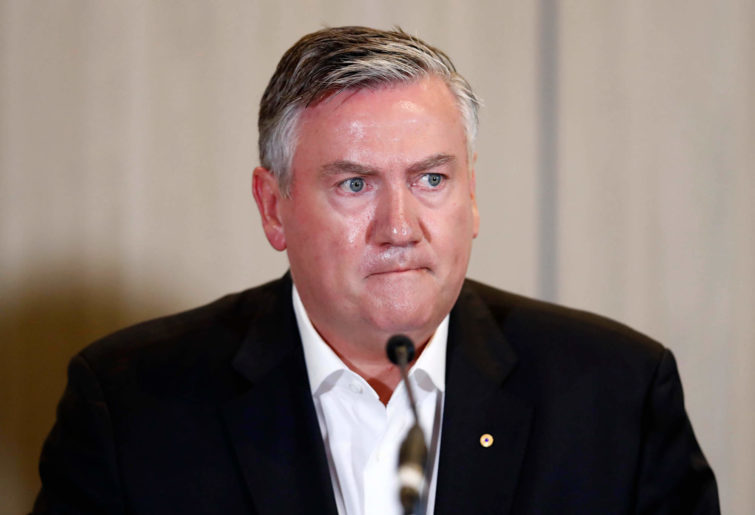 I can understand and appreciate the bottom dropping out of clubs who’ve sat in long periods of contention, and haven’t had access to early picks.

These players are more than champions. They’re special talents. You don’t just replace them with the next rank of draftees.

Hawthorn’s attempts to top-up show that you can’t just find replacements anywhere. The same occurred with Brisbane following their three-peat.

It’s even happened to clubs who haven’t experienced premiership success.

Through the 2000s and early 2010s, St Kilda and Western Bulldogs were perennial bridesmaids.

The Dogs were able to finally put together a list that won a flag in 2016. The Saints haven’t been so lucky.

After grand finals in 2009 and 2010, they plummeted from contention, and are still struggling to rebuild.

They rebuilt on the run, transitioning from one generation (the Nathan Buckley, Scott Burns, Sav Rocca era) to the next (the Scott Pendlebury, Dane Swan, Travis Cloke era), culminating in flag success in 2010.

That squad’s suffered some depreciation due to the way the careers of several players, once filled with such promise, either petered out, or imploded.

Dale Thomas was among the best players in the league in 2010-2011, but was never the same after he injured his ankle in 2012. Heritier Lumumba was a brilliant rebounding defender who could play on smalls or talls, but his career tapered away at Melbourne.

Chris Dawes was a good, solid prospect. He didn’t even seem that at Melbourne.

Ben Reid was a stellar centre-half back and a one-time All Australian, but he suffered chronic injuries in the second half of his career.

This is a big list and it’s meant that some of these players aren’t regarded as highly as they might’ve been, or they’re not recognised for how good they were – well, in 2010-11 at least.

But during that period, they were young, exciting talents that you would’ve imagined would go on to have accomplished careers.

Coming out of that era, Collingwood’s salary cap would’ve needed some finagling to fit in these young guns, address the potential of their futures, and work out how Collingwood could best keep them together over an extended period.

But over Nathan Buckley’s first five years as coach, Collingwood traded out, retired or delisted marquee names from that premiership squad. Also, free agent acquisitions – who would’ve commanded overs because of the very nature of free agency – didn’t work out.

You have premium names in that group, such as Dane Swan, Travis Cloke, Alan Didak, Dale Thomas, and Heath Shaw.

During this time, Collingwood entered, explored, and set up camp in a recruiting wilderness. The free agents – such as Clint Young, Quinten Lynch, and Jordan Russell – didn’t work out.

Neither did early draft picks, such as Matthew Scharenberg and Nathan Freeman.

Both were part of the draft class that includes Josh Kelly, Marcus Bontempelli, and Dom Sheed. These guys would be on handy contracts.

Collingwood didn’t face that pressure of burgeoning salary demands because their selections didn’t develop to demand those pay increases.

Right around 2016-2017, Collingwood should have had tons of room in the cap. I just can’t see where money would’ve went, outside of Scott Pendlebury and, to a lesser extent, Steele Sidebottom. 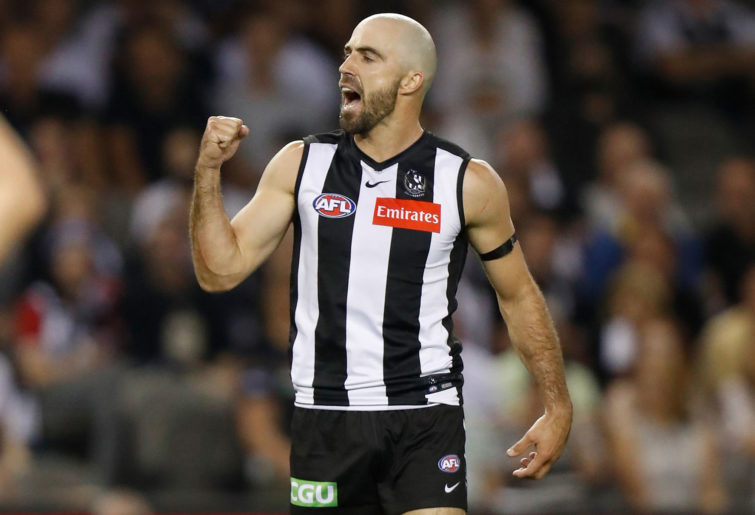 Then, in 2017, Graeme Allan led the trade charge to net the likes of Daniel Wells and Chris Mayne for overs, but that was just two players. Their salaries were big given their profiles at that time, but not big in the context of top-paid players in the league.

Certainly, they weren’t earning as much as the likes of Dane Swan and Travis Cloke (deservedly) would’ve.

Jeremy Howe also evolved into an elite intercept defender. Levi Greenwood must’ve been brought in on a decent contract, but definitely not top end.

But there are still exits that should offer some counterbalance: Jarryd Blair, Alex Fasolo, Sam Murray, Tyson Goldsack, and James Aish. These players would all be on (you’d imagine) middling contracts.

But there was little coming in – Jordan Roughead was one, but given he was struggling to get game time at the Dogs, his contract would’ve been modest. Then, of course, there was Dayne Beams.

That certainly couldn’t have been as a result of a contract commensurate with his output.

Adam Treloar arrived at Collingwood in 2016, yet we know that his contract was constantly back-ended, until we get to his five-year contract, now worth $950,000 per season.

Looking at that decade, it’s hard to understand where the money went. Lots more quality went out of the club than came into it.

We know Collingwood re-signed the likes of Jaidyn Stephenson, Tom Phillips, and Tom Langdon to contracts you would consider inflated given their standing in the game at that time of their careers.

It really begs the two questions of how long Collingwood has been back-ending contracts, and how many players they’ve signed or re-signed to overs because of this strategy, believing it’s a situation they could continue to massage – until they couldn’t.

That’s another factor worth consideration: what prompted this sudden desire to become financially accountable?

Was it because the AFL was slashing caps across the competition? We can point to that as the motivation, but given Collingwood’s salary cap tango, it feels more like a reason they’re going to hide behind.

Could it be that the coaching brains trust simply decided – as they did previously – this list wouldn’t get them a flag, and this was a time to proactively rebuild, only to be short-changed in trading because of their weak hand?

Did they commit to the exit of players who could’ve been retained if not for damaging those relationships?

As a minor aside, I am also still curious how Jaidyn Stephenson, a pick No. 6, a Norwich Rising Star winner in 2018, was determined to no longer be a fit for a club as it tried to move into the future and rejuvenate the list.

This would be like Carlton deciding to trade out Sam Walsh while continuing to rebuild.

I don’t get any of this.

I think about it a lot. I’ve heard and read and considered all the counters, all the explanations, all the justifications, but the whole affair reeks; yet hasn’t been investigated the way it should.

There was fire here. Lots of it.

But media just drove by, and are only now idly perusing the ashes – arguably too late to perform the needed forensics.

Supporters commented on it, but let it burn. This was a bushfire and Collingwood somehow managed to convince everybody that it was just a barbecue that ran amok.

Something happened here that drove the club to act immediately, but left them flustered enough that the likes of list manager Ned Guy, then-football manager Geoff Walsh, CEO Mark Anderson, coach Nathan Buckley, and then-president Eddie McGuire, to all come out and offer different versions of why exactly Collingwood did what they did.

Surely if there was a simple universal truth, that’s all we would’ve heard.

Instead, we live in the smoke.