Watching the coverage of the Wests Tigers-Dragons game, I noticed the hair colour, hair cut and facial hair of the young debutant almost immediately.

“Who is this guy?” I thought. “He will be seeing a lot of high ball from Ben Hunt and Corey Norman today.”

But maybe the Dragons had done their homework and knew he was going to be a legend straight out of the gates and there was no point trying to rain bombs on the future of rugby league, and they’d need to look elsewhere for a chance to win.

Zac Cini’s Wikipedia page already existed when I Googled him after a few early runs and tackles.

He has obviously got a good public relations team and support base behind him. According to the World Wide Web, he has exceeded expectations in most situations he has encountered so far in rugby league.

His debut was all going to script, and then Joey Leilua’s arm got in the way of Cini being awarded his first try.

Joey managed to stay completely out of the way to ensure the error was corrected, so the pages of history will rightly show Zac Cini scored his first try in his first game in the NRL.

After today, and watching a bit of YouTube footage and knowing not much about Zac Cini, I think he has to now see it as his destiny to claim the Wests Tigers No. 3 jersey, and own that job in the current Tigers side.

If he is later destined to be a Tigers or Panthers No. 1, or any other dream he has in the sport – so let the gods of rugby league let it be.

But for now, his rite of passage as a future superstar is to pressure a declining Joey Leilua out of a job as an NRL player, and make him a footnote for Tigers number threes. 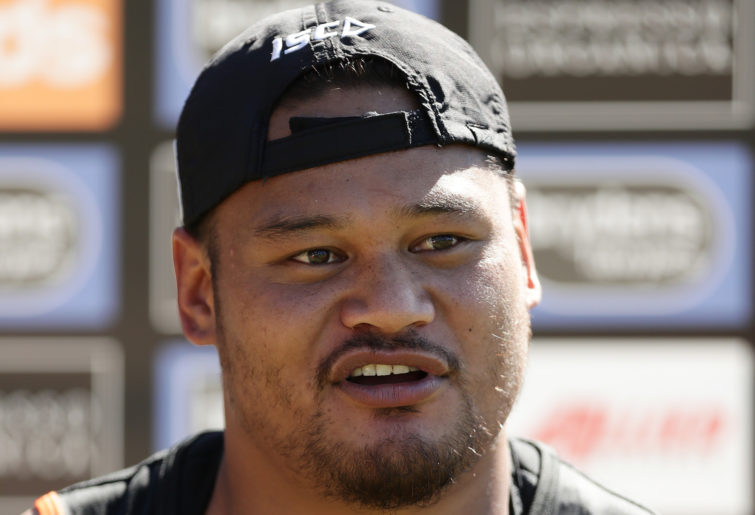 Or if you are an optimist, it is his job is to be the player whose ability, intensity, passion and drive to be the No. 3 for the Wests Tigers forces Joey to buy back in and makes him focus to play the football that Tigers fans demand as an entitlement of their purchased miracle fillers of years gone by.

Maybe with Leilua and Cini on the wing and Daine Laurie forming a combination with Adam Doueihi on that edge in a similar fashion to the Souths combination, the Tigers can have a bit of hope? If the Tigers were to become a finals team, that combo would need to click.

Tommy Talau, Luke Brooks, David Nofoaluma, Moses Mbye, James Roberts figuring out the other side and with the left and right side scoring ten points a game, the Tigers side would then be in a position to back their defence to win games. A Tigers fan could believe in something again.

Luke Brooks has been criticised for not being a player to build the Tigers around. That’s harsh on Luke – mostly because the decision makers responsible for the Tigers are lucky to have jobs and the roster they do now.

It feels more like a roster built on luck rather than by design.

The Tigers have let too many superstars in black and orange leave, losing every good option and hope in those colours in the past ten years to make any claims they are building a team.

That being said, I am confident that Luke can perform a function for the Tigers.

The Tigers having Laurie, Talau and Cini in their squad feels more like a result of the Panthers being full, or Panthers’ decision makers backing a different combination for their roster than any cleverness on the part of the Tigers.

But having lost the original big four, by clinging to the little one of the big four, maybe the Tigers’ decision makers can trick this current crop of youngsters and a few other of their leftover colleagues from the Panthers and 2018-19 schoolboys to build something resembling a great Tigers team within the next five seasons?

After Sunday’s win down in the Gong, I think it starts with Zac Cini. 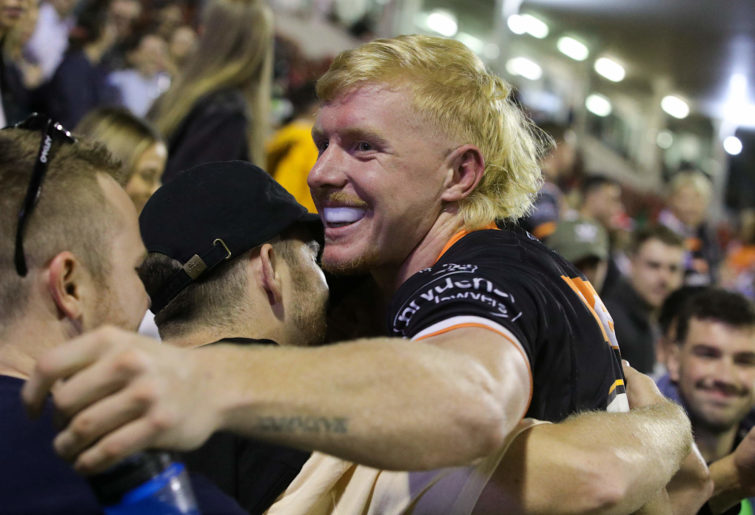 He filled me with confidence.

He has the odd look of a Tigers great.

He has the cool hair, skills and moustache required to suck in the type of kids who grow up going for the Tigers.

He has the spirit, skills and moustache to make the hardened hearts of old Tigers fans soften and think maybe there is a chance they can turn it around and get back to the glory days when they were losing competitions in the late ’80s.

The 2021 Tigers’ middle has been mostly ordinary.

It boasts potential, but has been flat and ordinary in effort, intensity and execution.

Maybe knowing that they are letting down the under-rated awesomeness of Nofoaluma and the blessed birthing of Zac Cini Superstar by not laying the forward foundation will help them lift – instead of thinking they are putting in effort and sweat to give the likes of Leilua, Roberts and Brooks a chance to drop the ball a bit further down the field.

I bought into a myth today. One of a potential future legend.

The Tigers have now won as many games this year with Zac Cini Superstar in the team as they have without him there.

Don’t let him go back to the Panthers or chase his premiership destiny elsewhere.

Zac Cini Superstar’s footy card will be worth a lot of money in 2092; get his signature on it, lock it away and look after it – and the Tigers need to do the same with the man himself.