Yes, ahead of cricket legends such as Garry Sobers, Keith Miller, Imran Khan and Ian Botham.

For someone who grew up with the Sobers legend, it’s a bit hard to swallow, but it got me to thinking about the ‘science’ of cricket statistics.

Statistics are generally put up as facts beyond dispute, however depending on assumptions, weighting and pre-conceived biases, the same set of figures can provide numerous answers to the same question.

Indeed, if you were to stick two cricket followers in a room with identical data it would actually be a surprise if they came to the same conclusion. They will also likely argue passionately to the death that their conclusion is the only possible answer and that anything else is a deluded fantasy.

If the angle is just right and they squint really hard, a good numbers man can make statistics tell you just about anything.

I’ve seen statistical arguments that Glenn Maxwell is both a genius and a chump, often using the same data set. I’ve seen Victor Trumper ‘proven’ to be better than Don Bradman. I’ve courted controversy myself by alleging that Jimmy Maher and Trevor Barsby were greater opening batsmen for Queensland cricket than Matt Hayden (I copped a bit of flack for that one). 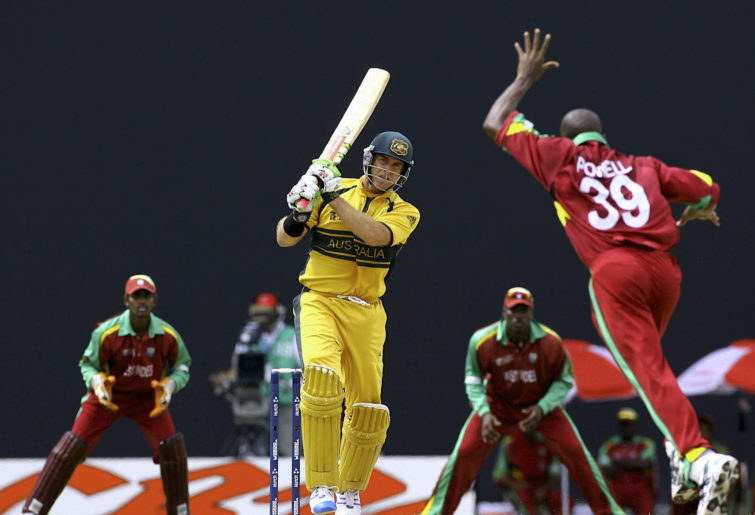 Going back to the Al Hasan situation, the indomitable Sobers was ahead in batting average by some distance and behind in bowling by only a whisker, however these two measures were only given a weighting of 40 per cent in the total analysis. A further 20 per cent was allocated to contribution per Test (i.e. number of runs and wickets), a measure I imagine could be influenced quite a lot by the standard of your teammates, however the runs still need to be made and the stumps still need to be knocked over.

The final 40 per cent was allocated, 20 per cent each, to the frequency of good and standout all-round performances.

The standout performances were counted twice (i.e. they were both good and standout, and counted both times). In addition, this measure intuitively helps out the giants among a team of pygmies and rewards sharp peaks in performance over consistency.

There was also an arbitrary cutoff to determine a ‘good’ and ‘standout’ performance, which were decisions necessarily made by the author.

The decision was taken that to meet the criteria a player had to contribute up to a certain benchmark in both batting and bowling in a particular Test. For example, Sobers’ 365 did not qualify because he only bowled 20 wicket-less overs.

At this point in history Sobers has played 36 more Tests than Shakib (although I’m pretty sure Shakib might play a few more, Sir Garry almost certainly won’t!). Should longevity be a factor? Isn’t that often the Sachin Tendulkar argument?

Sobers started as almost a pure batsman and also had a slight but noticeable decline in performance in the twilight of his career, while Shakib is still in his prime. Should that be taken into consideration? Who won more games for his team? Who performed better away from home? Who played weaker teams? And so on and on and on.

What does all this tell you? Not much except that it was an interesting article. For your information, the basic batting and bowling averages for Sobers are 57.78 and 34.03. For Shakib it’s currently 39.69 and 31.20.

The traditional measure of batting average minus bowling average is just as easy to dispute as any other measure. Let’s just agree that I’d pick either of them for my team in a heartbeat.

There are many reasons that cricket stats sometimes hide more than they reveal. Rich sources of disputes include:

• Should we judge a player at their peak, over their entire career or use some hybrid of the two? ‘The Steve Waugh conundrum’.
• Is relentless consistency more or less valuable than average performance punctuated by dizzying heights? ‘The Adam Voges anomaly Part 1’.
• Should a player’s longevity be a measure of greatness and, if so, how much should it be a factor? “The Tendulkar argument”.
• How can we compared across eras? ‘The Victor Trumper dilemma’.
• Should a player’s greatness be discounted or enhanced by playing for a weaker side? ‘The Murali-Warne paradox’.
• Is a great home player as valuable as a great away player? ‘The David Warner mystery’.
• Do some great averages mask flat-track bullies? ‘The Adam Voges anomaly Part 2’.
• Should an individual’s worth be influenced by the success of his team? ‘The Andy Flower-Shakib Al Hasan perplexity’. (I really hope the answer to this last one is yes given I wrote no less than 18 articles on it last year!)

There are other micro issues concerning batting and bowling averages as well. For example: what is the true value of a not out and how should that affect a batting average? And in assessing a Test batsman, should average be amended in some way to account for strike rate, given that a bowling average is a combination of strike rate and economy rate?

And none of these measures includes the basic runs (because of those insidious not outs) or wickets per Test. But a team can’t win without wickets so why is it virtually ignored as a useful statistic? And why do I have a splitting headache?