The rise, fall and rise again of Japanese football that we should have learnt from

This past weekend, the J-League celebrated its 28th anniversary. The Japanese top division has gone on to become one the best leagues in Asia.

But before the J-League, there was the Japan Soccer League, which was then considered an amateur league in Japan. The teams in the old JSL were owned by top Japanese corporations and lot of the players worked and played for those corporations.

Japanese soccer’s issues in the ’80s and early ’90s were somewhat similar to the issues that Australian football has had previously. In 1992, Japan hosted the Asian Cup and went on to win it, but a couple of years later, they narrowly missed out on going to the ’94 World Cup after losing to Iraq.

The Japanese national football team has suffered due to the status of the league being amateur and having players both working full-time and playing soccer as a hobby.

The Socceroos have suffered similar issues, despite the NSL being borderline professional in the late ’90s, going into the early 2000s, however, the NSL was a level or two above the Japan Soccer League.

After the 1992 Asian Cup, the JFA had to raise their domestic league to professional status.

The J-League was created, birthing nine new professional teams. Shimizu S-Pulse were brought up from JSL; the JSL became a second-tier league and was rebranded to Japanese Football League for six years.

There is still some belief within the Australian football community that the NSL should have lived on as a second-tier competition after the creation of the A-League, with promotion-relegation and having the original NSL clubs participate in the league to fight for promotion to the A-League.

While this has merit, a second-tier competition was never considered and the newly-formed FFA had no intention for new football fans to remember old soccer.

The new Japanese league brought attracted International names like Zico and Gary Lineker, similar to the A-League bringing in marquees like Dwight Yorke in the first season.

The first season was considered a success but this period was the beginning of Japan’s ‘lost decade’ after the 1980s bubble era burst.

Japan’s economy collapsed and this impacted the J-League massively in the ’90s, with declining crowds and lost money.

Some teams were about to go broke. Despite winning the Emperor’s Cup in 1999, Yokohama Flugels had to merge with Yokohama Marinos to now be known as Yokohama F. Marinos.

After this merger in 1999, the JFA had to quickly come up with plans to ensure the league did no go belly up and ensure the long-term future plan for Japanese football.

The first plan they announced was the 100-year vision which was the plan to have 100 professional soccer clubs in Japan by the year 2092.

The second was restructuring of the Japanese football pyramid. This has led to the JFA acquiring nine clubs and one J-League club to create a two-division system and scrapping the two-stage season and playing one championship.

The J-League was then rebranded as J-League Division 1 and the Japanese Football League then became J2-League.

This move has proven to be a huge success for both divisions as crowds came back and this then led to the creation of the J3-League division which was launched in 2013.

This growth has led Japan to become one of the powerhouses of Asian football, which helped them qualify for the World Cup six straight times, including hosting the 2002 World Cup and on the back of that, this has made the J-League one of the best leagues in Asia.

But this success is not exclusive to Japan only – this has also helped other Asian countries like Thailand, Vietnam, Australia, Lebanon and North Korea to prosper and this has allowed these players to become cult heroes among the supporters at their clubs and their respective countries.

The J-League has led many players from Japan to create their paths to Europe and now, there are more Japanese players playing top level football across Europe than ever before. 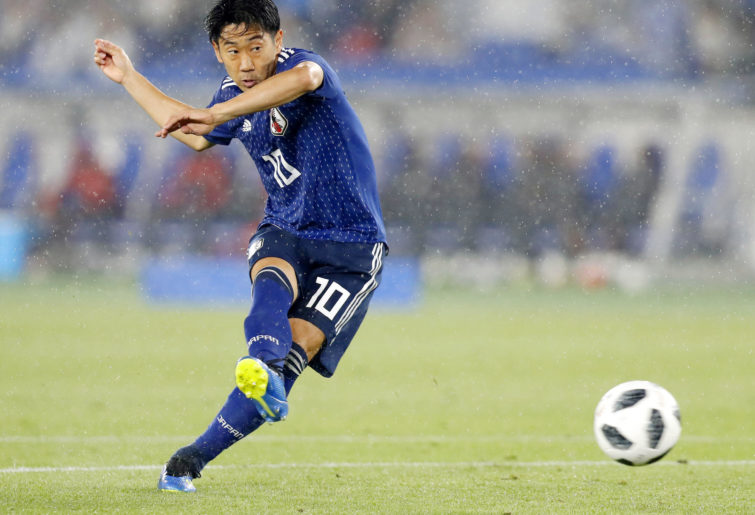 Australian football has had similar situations that Japan had with their domestic league.

For 32 years, Australia has suffered heartbreak from failing to qualify for various World Cups due to a variety of factors.

With the successful 2006 World Cup qualification campaign after beating Uruguay in 2005, this has laid the platform for Australian football and the A-League to grow, which helped Australia qualify for the World Cup a further three times.

However, Australian football peaked in 2014-2015 after Western Sydney Wanderers won the Asian Champions League and the Socceroos won the Asian Cup a couple of months later.

This should have been presented a massive chance for Australian football to grow even further, to become bigger than what it should have been, but a lack of foresight, growth and long-term planning for the future meant both the A-League and Australian football stagnated and declined straight after due to the poor decisions that were made by the FFA.

The threat of normalisation didn’t stop FFA management to do as they pleased and they carried on with their business.

The FFA in the early days had the right idea to emulate what success Japanese football did with the J-League but poor decisions have hurt Australian football in the long term.

Right now, Australian football has a very long way to go to be where it should have been.

The ongoing pandemic has hurt Australian football and other leagues, but the A-League has somehow managed to survive.

Under the newly-formed APL, we can hopefully see the A-League prosper into the future and be at the levels of where the J-League is at.