Many of you may not have become aware of Phillips until 2017 when the AFLW competition started. In the first five seasons of AFLW, Phillips has been one of if not the best player in the competition.

Phillips’ performances for the Adelaide Crows have been spellbinding. She has been able to do things on the ground that not many other players have been able to do. Phillips displays poise, skill and strength.

Phillips has received awards left, right and centre. In the inaugural AFLW season in 2017, Phillips was the premiership co-captain, was the league best and fairest and was best on ground in the AFLW grand final.

The AFL Players Association (AFLPA) awarded Phillips the Most Valuable Player (MVP) award. Phillips was also awarded the goal of the year. She was also the winner of the Crows’ Club Champion award and was named vice-captain of the All Australian team. 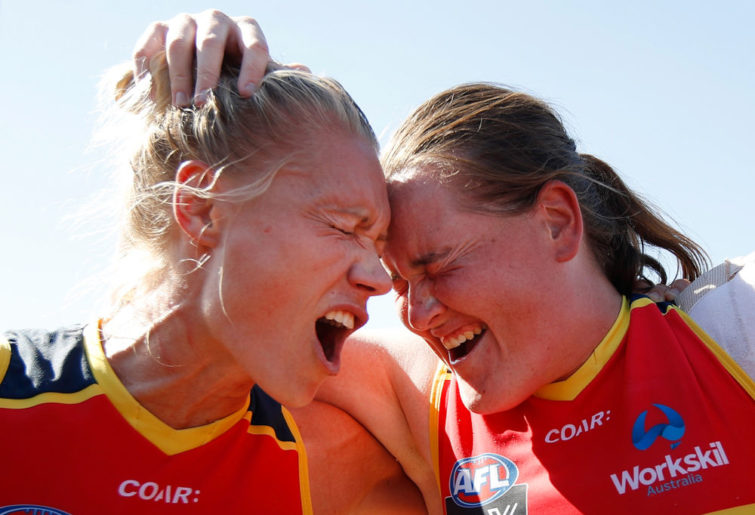 Phillips’ 2018 season was impacted by a quad injury but she was still able to finish in the top ten of the AFLW’s goal kicking. In 2019, Phillips was back to her best.

Similar to 2017, Phillips won the AFLW best and fairest, the AFLW PA’s MVP and the Crows’ Club Champion award. Late in the third quarter of the grand final, Phillips injured her ACL, but was so dominant that she was awarded her second best on ground in the grand final in the Crows’ second premiership. Phillips also won the AFLW Coaches Association champion player of the year award and was named captain of the All Australian team.

In 2020, Phillips only played two matches after returning from her ACL injury and the season was cut short due to the COVID-19 pandemic.

At the start of the 2021 season, Phillips stood down as co-captain of the Crows. Phillips helped the Crows win the minor premiership on percentage from the Brisbane Lions, Collingwood and Melbourne. The Crows had a good win in the preliminary final against Melbourne but were no match for the Lions in the grand final. Phillips was named in the All Australian team for the third time.

Phillips has been in the league’s top ten goal kickers four times in five seasons.

I remember watching guard Phillips in the flesh in the Australian Opals’ gold medal-winning performance at the 2006 Commonwealth Games at what is now John Cain Arena.

The Opals have been the second best team or nation in the basketball world behind the USA for most of the last 21 years. In 2006, Phillips was also a member of the Opals team that won the World Championship, defeating Russia in the final after Russia defeated the USA in the semi-final.

Phillips was also voted the Opals’ co-vice-captain for the Rio de Janeiro Olympics. Unfortunately, the Opals lost a thrilling quarter-final to Serbia 73-71 and missed out on the medal rounds.

Phillips started her professional basketball career with her hometown Adelaide Lightning in the WNBL. While playing for the Lightning, Phillips was named in the WNBL All-Star Five (now All WNBL Team) on three occasions and was a key member of the Lightning’s 2007-08 championship-winning team.

Phillips also played for a number of WNBA teams including the Connecticut Sun, Indiana Fever, Phoenix Mercury, Los Angeles Sparks and Dallas Wings. Phillips won WNBA titles at the Fever and the Mercury. When she retired, she took on administrative and assistant coaching roles at the Dallas Wings between 2017 and 2019.

When Erin Phillips retires from the AFLW, I expect either the AFLW best and fairest or best on ground in the AFLW grand final to be named in her honour.

There have been quite a number of AFLW players who have competed or are still competing in other sports.

The Tigers’ Tessa Lavey has been named in the Opals squad for the Tokyo Olympics and Monique Conti won a WNBL championship with the Southside Flyers at the end of last year. Pie Chloe Molloy previously played WNBL for the Melbourne Boomers.

For many years, recently retired Pie Sharni Norder was a star for the Aussie Diamonds netball team. Ash Brazill is dazzling in the midcourt for the Magpies in Super Netball. 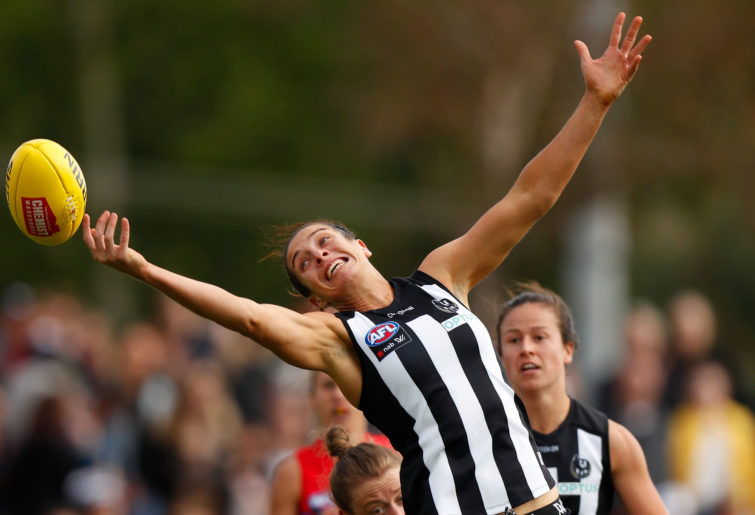 Chloe Dalton won gold at the 2016 Olympics in the rugby sevens. Dalton played AFLW for Carlton before returning to the rugby sevens program for a tilt at another Olympic gold, although Dalton’s preparations have been hampered by a back injury.

There are many other multi-sport competitors who have played in the AFLW. I couldn’t finish without mentioning former Pie Cecilia McIntosh. Prior to her AFLW career, McIntosh won a silver medal in the javelin at the Commonwealth Games and represented Australia in the bobsled at the Winter Olympics.

Also the Super Netball season is at its halfway point. If you are a fan of Ash Brazill on the footy oval, make sure you tune in to see her dominate the midcourt for Collingwood.