With the recent announcement of the Opals squad to represent Australia in Tokyo at the Olympic Games, 12 women are looking to add to the Opals’ dominant Olympic legacy of three silver and two bronze medals from Atlanta 1996 to London 2012 and a silver medal at the 2018 World Cup in Spain.

One of those women is Tessa Lavey.

For Lavey, the culture of the Opals is what is going to set this group up to succeed in Tokyo.

“Because of all the restrictions, a really tight-knit group is going to be crucial at these Olympic Games, and that is something that the Opals are really good at,” says Lavey.

“We actually really enjoy being around each other, and even though it can be difficult at times, we have great support from our leadership group, our coach Sandy and also from Basketball Australia.

“The biggest test in Tokyo will be for teams not to implode. Ours won’t because we have been around each other for such a long time, we are super focused and we are genuine friends, which makes it easier.” 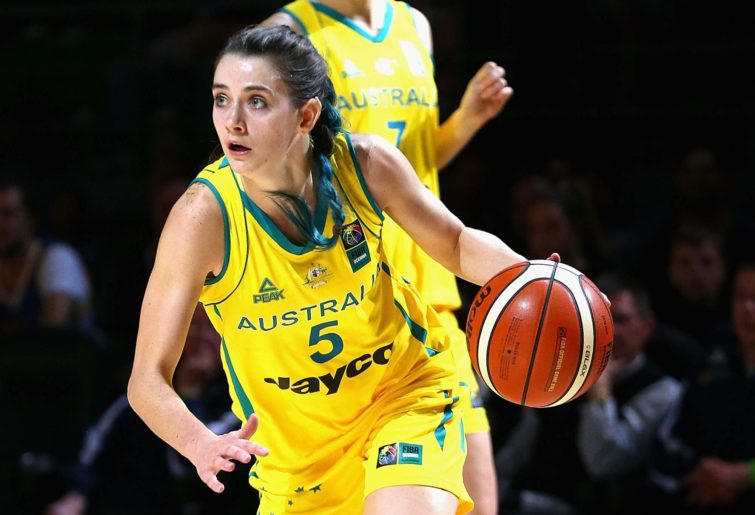 Something else that has bound this group together over time is support for each other not just as athletes but as friends.

The Opals are a team of women from many cultural backgrounds, of different ages and from all over the country. There are many Opals who also have their own personal causes they champion. For example, Cayla George is passionately empowering the next generation of young women and during lockdown this year ran an online series focused on encouraging and supporting women and girls.

Lavey has participated in initiatives to raise awareness about the prevalence of domestic violence in Australia. Jenna O’Hea has received recognition from the Australian Institute of Sport because of her work raising awareness around mental health and suicide prevention and is a strong supporter of Lifeline.

As a group, last year the Opals began a social media campaign urging the basketball community and the wider community to rise up in support of the Black Lives Matter movement.

For Lavey, embracing the power that this group has is important.

“Women in sport have a platform, and I think it is really important that we use it,” she says. “Our Opals group is really tight, and we are going to support our players and our friends.

“Just being able to get stories out there and create awareness about social issues is important, and we are in a privileged position to be able to do that.”

While there is often discussion about whether athletes should be role models, this is a tag that Lavey and her teammates are delighted to have, particularly given the lack of female role models in the past.

“When I was growing up I was searching for a female role model, so to now be in a position where I can be a role model and make an impact is really special,” she says. “Little girls are looking up to us and seeing how powerful we can be and how much we can impact change with what we do and how we act.

“It’s extremely powerful, and as a group we really want to embrace it.”

For Lavey, the importance of young women having strong female role models to look up to is just one more reason the growth in women’s sport at the moment is so exciting to be part of.

“Every single women’s sporting league in Australia is really striving to make a difference at the moment,” she says. “It’s really important for the next generation of little girls and little boys.

“These kids know that they have every opportunity under the sun and that they can pursue any sport they like. Part of the reason for that is the great female athletes coming through all sports right now.”

Whilst Lavey takes the role model tag seriously, she is also known among the group as being a bit of a prankster. So her advice for her teammates ahead of Tokyo is always to take care, because she might just be lurking around a corner to play a prank on them.

“The ultimate prank is to be able to scare somebody,” she says. “My best ever scare was with Cayla George. I had physio and she was next in line but hadn’t arrived yet.

“I waited about ten minutes for her to walk out of her room and scared her. Her reaction was absolutely priceless and it still gives me a really good giggle.”