David Mackay sprinted at top speed knowing that the contest might hurt him and might hurt his opponent. This is an act we have celebrated since the game was invented. Jonathan Brown or Nick Riewoldt jumping head-first into an oncoming pack are perfect examples.

But the AFL’s new stance is set to change this. Their view is that you shouldn’t be able to enter a contest in a manner that has a significant chance of injuring another person. If you do, you are being unreasonable and reckless, and if you injure someone, you are culpable.

In this case the definition of ‘reckless’ seemed to include running fast into a contest.

The weakness of the AFL’s argument on Friday was that their stance is not actually a rule. In a unique legal action they attempted to argue Mackay’s guilt for an act that is not against the laws of the game – it was purely because of the outcome.

Some might argue that David Mackay’s ‘recklessness’ is a form of unduly rough play or charging and that therefore he did do something wrong. 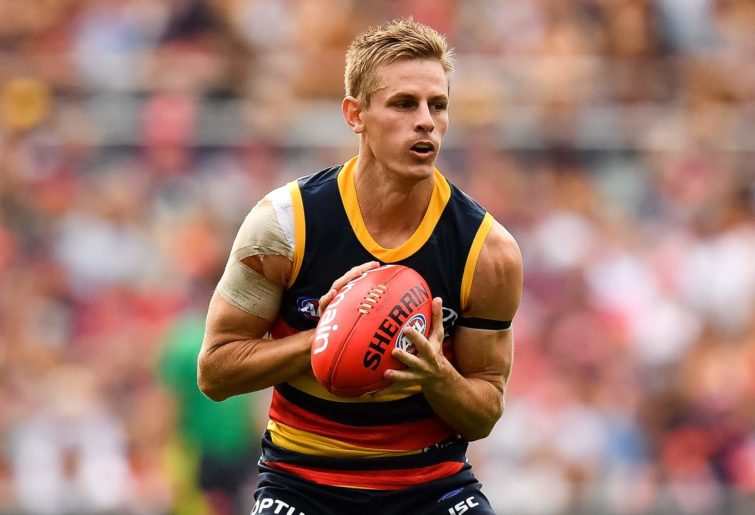 The problem is that no-one from the AFL or any commentator that I’m aware of has ever said that we should ask players to slow down when entering a contest – until the Mackay incident, that is.

It is not acceptable to now decide, having looked at something, that we now have a problem with it and that therefore he deserves a suspension.

We need to make decisions about what is acceptable and what is not before they happen, not after. It seems weak and unwise for the AFL to just make new and emotive interpretations after an unfortunate incident occurs. How can players go about their business with such uncertainty?

So it seems the AFL is contemplating writing a new rule. But what will it say? Will it be as broad as saying that you can’t act recklessly, or will it more specific?

The problem is that there is a range of actions that are core components of Australian football that are inherently dangerous. As mentioned, marking while running with the flight is highly dangerous but, as far as we know, is permitted.

Kicking out to fend off a player in a marking contest is permitted. The ‘don’t argue’ is permitted (and glorified). Dare I say it, the tackle is inherently dangerous to both the tackler and the tackled, particularly in terms of head clashes, but it is permitted.

And – forgive me for even mentioning this – the high flying mark, especially when a knee goes in the back of another player’s head, is another risky act.

I know it’s argued that David Mackay had intent to cause pain and therefore possible injury and that that is why it was wrong. But this is ambiguous territory. How do we know what a player is thinking? How do we judge that a player tackled someone with too much vigour or crashed a marking contest with too much speed?

With the current direction of things we can expect to see big changes in five to ten years. I don’t think jumping into packs while running with the flight will be allowed. Rules about keeping feet on the ground, except for marking and ruckwork, might come under consideration. Kicking out at an opponent in a marking contest will probably go. Launching into a pack to mark or spoil might be outlawed. I think mandatory headwear is on the horizon too.

Additionally, I wonder if tackling is under significant threat. Perhaps one day we’ll be looking at further modifying how we are allowed to tackle. In fact Malcolm Blight has proposed that we remove tackling the body from the game, which he believes would also relieve congestion.

Regardless of whether this is good or bad, change is happening fast. The important thing is that it happens through genuine debate and decision-making. We need to make rules through a systematic process of consideration, not interpretations that are made up when we become upset by the outcome of an unfortunate collision.