It’s a hypothetical exercise. Despite that, given the impact of COVID, Australia may have to pick local players for home games in friendlies, taking into account the sacrifices overseas players have to make. It was a difficult task as there is so much talent in the A-League. 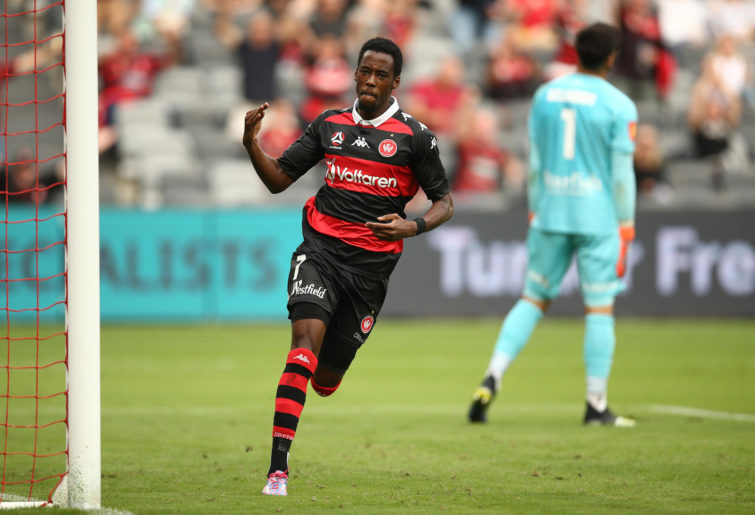 Goalkeeper
Joe Gauci is an outstanding goalkeeper. He saved two penalties in his first game. In the ten games that he featured in he only conceded ten goals and made 30 saves. He was a big loss to Adelaide United as he suffered what proved to be a season-ending injury.

Defenders
Jordan Elsey is calm and composed. He is an asset to any team, which he showed in season 2020-21 of the A-League. He was reliable and played a pivotal role in Adelaide United making the finals.

Aaron Calver is a prodigious talent. He is a centre back that’s naturally gifted. He can also play on the right if needed. He will be a big loss for Western United as he has left the team, signing a two-year deal with the Perth Glory.

Kye Rowles is a player with no fuss, who just does his job for the team. He was an important part of the Central Coast Mariners being a formidable outfit in season 2020-21.

Midfielders
Dylan Pierias was a revelation for Western United, finishing the season with an impressive tally of six goals and one assist. Despite that, he can get a lot better, as he has a lot of potential.

Oliver Bozanic was a bit of a barometer for the Central Coast Mariners. He led from the front and was a pivotal part of the Mariners having the season that they had. He was the recruit of the season in season 2020-21, without a shadow of a doubt.

Luke Brattan is a player that gets better with age. He may not have the statistical data to vindicate his ability, like goals and assists, but he is a no-fuss midfielder that leads by example. 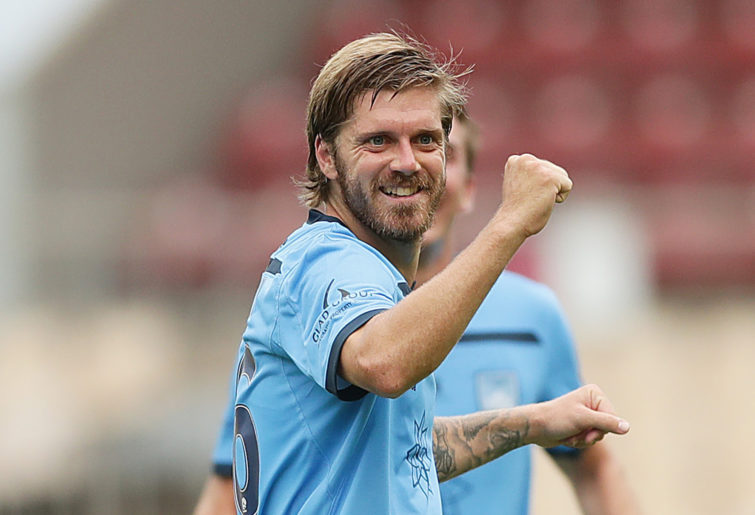 Reno Piscopo is a player that can change the game. He plays an attacking role and is has a bit of x-factor about him. There’s no doubt that he is naturally talented.

Corey Brown is capable of playing left back or left winger, as he was utilised by Brisbane Roar coach Warren Moon. He finished season 2020-21 with eight assists, which indicates that he transformed his game to get the best out of himself.

Strikers
Bruce Kamau is a player that gets the best out of his ability having scored nine goals as well as providing two assists. He improved his all round game and was very good in the final third.

Marco Tilio has been a revelation in season 2020-21 of the A-League. Every time he is on the pitch, he makes an impact. He is also an unselfish attacking player as the stats would suggest, having scored two goals and provided five assists prior to the A-League grand final.

Substitutes bench
Jonathan Aspropotamitis still has plenty of improvement in him.

Nathaniel Atkinson was arguably the best right back in the A-League in season 2020-21. He made many marauding runs forward and contributed by scoring a goal and providing two assists. He is capable of playing a more attacking role too.

Scott Galloway has been superb at right back, following an injury to Nathaniel Atkinson. Despite playing as a right back, Galloway has scored two goals and provided two assists prior to the grand final and has the capacity to start or come off the bench. Either way he has an impact.

Daniel Margush was a pivotal part of the Western Sydney Wanderers’ team, but was only unfortunate to be on the bench given the ability of Joe Gauci.

Aaron Parsons is a striker that’s naturally gifted. He scored three goals and provided two assists. He is a good impact player to have on the bench.

Jaushua Sotirio scored four goals for the Wellington Phoenix in season 2020-21. He is an impact player that can change the game coming off the bench. It wasn’t just his goals, as he changed the balance of play in plenty of games. 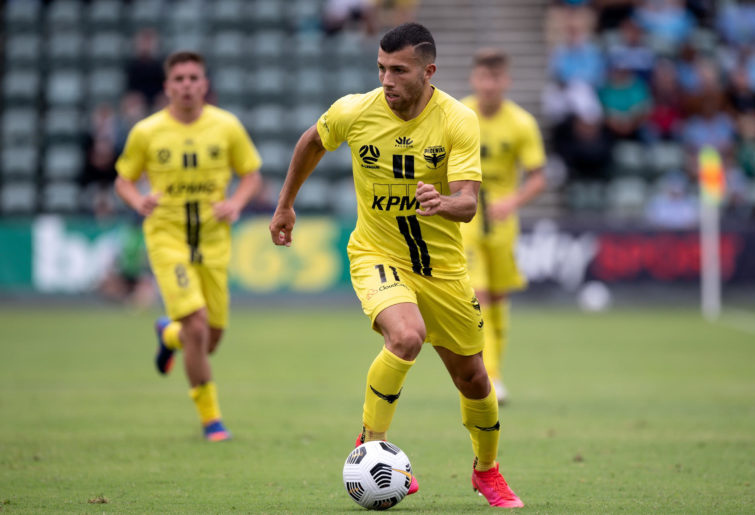 Daniel Stynes is a game changer. When he is on the pitch, Perth Glory look a better team. He is a handy option to have on the bench.

Other squad members
Ramy Najjarine was one of the nominees for the A-League Young Footballer of the Year. That’s despite the fact that he had a tough time with injury. He has the ability to change the game, having provided three assists. He needs to improve on the defensive side of his game and be more clinical in the final third.

Ryan Scott played 19 games and made 84 saves, but unfortunately conceded 34 goals. He definitely has a bright future.

Callum Timmins is another part of the future for Perth Glory. There’s no doubt he has the talent to play for the Socceroos, which he showed when he scored his only goal of the season.

Dylan Wenzel-Halls was continually a threat for opposition defenders. There’s no doubt he has a lot of potential as he scored seven goals and provided three assists. He still needs to be more clinical.

Daniel Wilmering is a player that has immense ability. He has been plagued by injury, which is the reason he wasn’t on the bench. Despite being a wing back, he scored one goal and provided two assists for the Western Sydney Wanderers in season 2020-21.

Australia have absolutely nothing to be worried about. Graham Arnold has the side playing at an incredibly high level. They’ve won nine games in a row and just thumped a China side boasting the likes of Wu Lei and Elkeson 3-0. Australia have the likes of Martin Boyle, Harry Souttar, and Awer Mabil, who have […]

It wasn’t always pretty but the Socceroos got the job done with a 1-0 win over Vietnam in Hanoi to make it two wins from two to restart their World Cup qualifying campaign.

Graham Arnold got everything he wanted from the Socceroos’ opening fixture in stage three of World Cup 2022 qualifying.