Reaction: Why thriller was 'almost perfect result' for Rennie

The Wallabies showed incredible resilience to fight back from 15-0 down to grab victory over France, leaving coach Dave Rennie the most relieved man in Brisbane.

The Kiwi’s second Test win as Australia’s coach came the hard way, with a penalty goal five minutes after the siren sinking a devastated French team.

His fellow Kiwi – former All Blacks star Andrew Mehrtens – said the way the game unfolded was a blessing for Rennie.

“There’s plenty to work on and I don’t think any of the players are going to be getting ahead of themselves thinking they’re world champions after that.

“But it’s much better working on the things you need to after a win and a little bit of confidence, and you can look really analytically at what went wrong, as the French will be doing as well.”

According to some pundits, Rennie is under pressure to win this three Test series, which heads to Melbourne next Tuesday, and for all but the final seconds it looked like his team would stumble at the start of the campaign.

While he will be impressed with Australia’s forward display, they lacked composure and stability in key areas.

Jake Gordon, who kept Tate McDermott out of scrumhalf, struggled and there were several stuttering combinations.

“We made hard work of it didn’t we, gave them a healthy lead,” said Rennie.

“We fought our way back in but we have to be a little bit more clinical and accurate we probably bombed a few opportunities late, but we were happy to get there in the end.

“At halftime we talked a lot about composure. We felt that we had wrestled momentum back and at that stage the penalty count was 8-2 so we thought if we could hold onto a bit of ball they’d be ill-disciplined and we could profit off that.”

France ended up giving away 16 penalties to five, the crucial one coming right at the end after they stunningly failed to see out the game from a penalty of their own with 30 seconds on the clock. 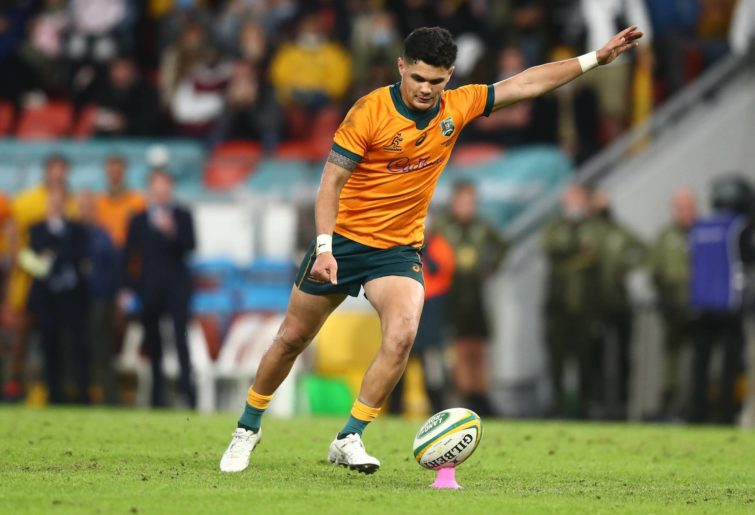 “The French have been courageous. They’ve been the better team for many parts of the game.

“But it was the Wallabies, in that newly minted golden jersey, that have hung tough and in the 83rd minute haven’t given up, kept fighting, kept staying in the game and got the result,” said former Wallabies forward Morgan Turinui.

Justin Harrison added: “They had stars in their eyes, big unicorns floating around their head making sure they’re in control of possession and putting the French team to the sword in the very last minute.”

That Australia came up with a chance owed a lot to Darcy Swain, one of three debutants along with Lachlan Lonergan and Andrew Kellaway.

“Darcy Swain, every opportunity throughout his progression and development, he’s kept building on his game and he got the reward tonight,” said former Wallaby Drew Mitchell.

“He’s playing like he’s genuinely got nothing to lose,” said Mehrtens. “He’s been through adversity, he had the weight of expectation. He was anointed as a Wallaby basically when he was still at school.

“He’s gone away seeing his dream potentially evaporate, he’s come back and he’s enjoying his footy. It’s wonderful to see.”

Wallabies captain Michael Hooper, playing his first rugby in almost two months after a stint in Japan, was outstanding, and scored a try along with his relentless work in the grind. 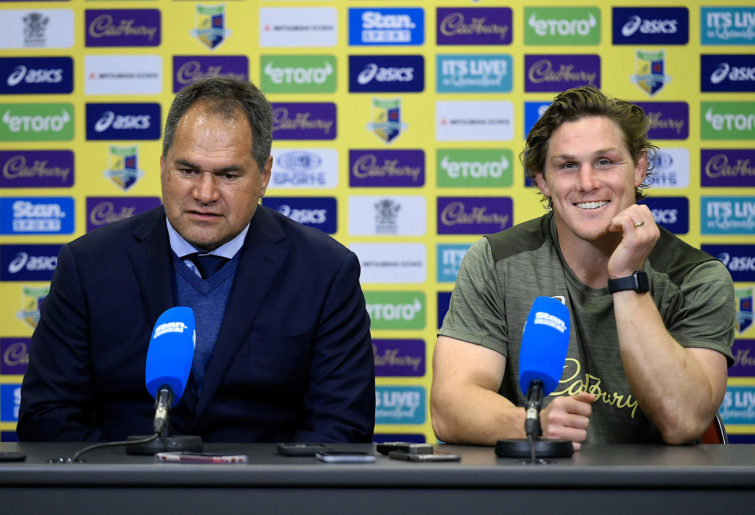 “He’s such a champion isn’t he – you can just see the work rate, the number of times he was in the breakdown causing problems forcing the French off the ball,” said former player Allana Ferguson.

“He’s an incredible player to watch. For his try he was in the right place at the right time – that try was no fluke.

“He puts himself in the competition in that little grudge match constantly and you watch him through the 80 minutes and he just doesn’t stop.”

Mitchell added: “He’s really incredible having played up there in the Top League in Japan.

“He had to put plenty of weight on and do plenty of fitness to be ready for tonight and he’s going [strong] minutes after the full complement of the 80 and he still leading from the front.

“He does so much off the ball. He leads every kick chase, he puts pressure on, slowing the French ball down.

“He’s dictating in some ways the speed at which the game’s played. He’s really a remarkable player.”

Mitchell said he expected changes in the line-up for the second Test in Melbourne.

“With the short turn-around I think we’ll see a lot of other players get opportunities on Tuesday night in Melbourne which will may lead to some different combinations – maybe they’ll go to some combinations from Super Rugby and maybe the French will do the same from top 14 as well.

“I thought the way both teams went into that game, the intent was fantastic.

“Obviously the French did really well in terms of frustrating and slowing the game down to suit themselves. But it was great to see the Wallabies find a way to win it in the end.

Mehrtens felt the French will still think they’re a big chance of claiming the series.

“They won’t write themselves off,” he said.

“French teams tend to travel like oysters – in French club rugby you lose away from home and have 60 points put on you and teammates will just say ‘yeah but we’re French.’

“They won’t mind about tonight. They’ll put that behind them and feel they’re even more of a chance in Melbourne.”