A last-minute change in Queensland’s health orders forced Saturday’s game to be moved from Rockhampton to Brisbane, but Souths were already sitting on the plane ready to board the bus to the ground.

They learned of the change in schedule while in the air on the way to Rockhampton on Saturday morning.

They were then ordered to fly back to their hub on the Gold Coast before the NRL confirmed the game had been postponed to Sunday night at Suncorp Stadium – a chaotic switch which has now eaten into their preparation time for the Eels.

Before a 50-14 win over St George Illawarra on Sunday night, Bennett said he was concerned about how the mayhem would affect the team.

“We lost a day yesterday and I think we all were pretty tired at the end of it,” he said.

“I was a bit worried about the day, how we’d handled it, but we treated it normal.

“I tried not to overplay anything.

“We turned up here with a pretty good attitude at the end of the day.

“We got a good start, lost our way a little bit, but in the second half we dominated more than we did the first half.”

If Souths were disrupted they didn’t show it after running in nine tries to three against the Dragons on Sunday night.

The win put them in equal second on the NRL ladder with Penrith, behind on for-and-against points.

A victory against the Eels on Friday night would put them second and jostling for a top two finish over the last month of competition.

Star centre Latrell Mitchell could be key to the push.

The NSW Blues star was arguably the best player of the State of Origin series win and brought his form back for Souths for the run home.

His two tries and 12 tackle-breaks on Sunday night showed he can light up the back end of the year for Souths.

“He’s an x-factor regardless of who he plays for,” Bennett said.

“He was in the Origin series.

“Every team needs that type of player but we’ve got to have everyone else around him doing their jobs as well otherwise the x-factor doesn’t come into play.”

By far the worst thing to happen to the glorious craft of sports journalism in my lifetime is the reliance on statistics to describe a player’s effectiveness. Partly, it’s the terminology and analytical mindset of fantasy games and sports betting creeping into the way we talk, think and write about sport. And partly it’s just […] 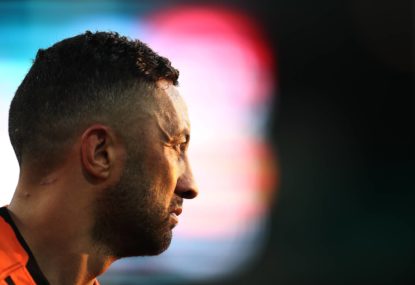 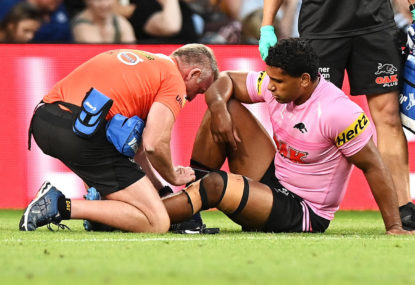 His shoulder has held up through the back half of the NRL season and Nathan Cleary is in no doubt it is going to be just fine for one more game. 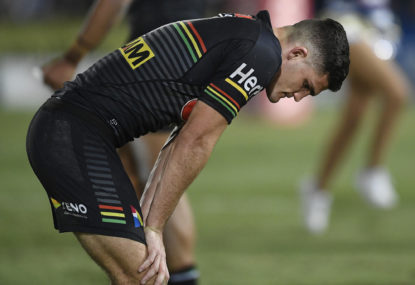