If you’re a passionate football fan and looking forward to the upcoming European seasons, Euro 2020 will have you well and truly primed.

The English Premier League launches into action this coming Saturday when newly promoted Brentford do battle with Arsenal, La Liga commences on the same day and Serie A follows suit just a week later.

There will be much interest in Spain as Atletico Madrid faces the challenge of deflecting the likely and passionate resurgences of Real Madrid and Barcelona, and a consecutive fourth-place finish for Juventus appears unlikely in Italy.

Elsewhere, two of the biggest clubs in Europe look to have turned their respective competitions into what could become farces.

Manchester City lost rarely in 2020-21 and will once again be a force, their 12 and 17-point margins over second and third-placed Manchester United and Liverpool saying all that needs to be said when it comes to their dominance and the immense talent they possess.

In recent days former Aston Villa star Jack Grealish has arrived in the Sky Blue camp to complete what could be the most compelling potent attack ever assembled in English football. The £100 million (A$189 million) deal makes him the financial replacement for Sergio Aguero after the Argentinian came to terms with Barcelona FC.

With Grealish just 25 and gifted enough to attract a sum that makes him the most expensive English footballer of all time, it is hard to see how City lose in the deal, particularly considering those destined to play alongside him.

With an attacking arsenal that includes Kevin De Bruyne, Bernardo Silva, Phil Foden, Raheem Sterling, Gabriel Jesus, Ferran Torres and Riyad Mahrez it is difficult to imagine anything other than City’s newest signing having the most stellar of seasons as his club marches unchallenged towards its fourth title in five years under Pep Guardiola.

Quite frankly, no-one else stands a chance and, barring supporters of the club themselves, one would be hard-pressed to find a single soul who believes that such hoarding of talent could in any way be good for the game of football as a whole. 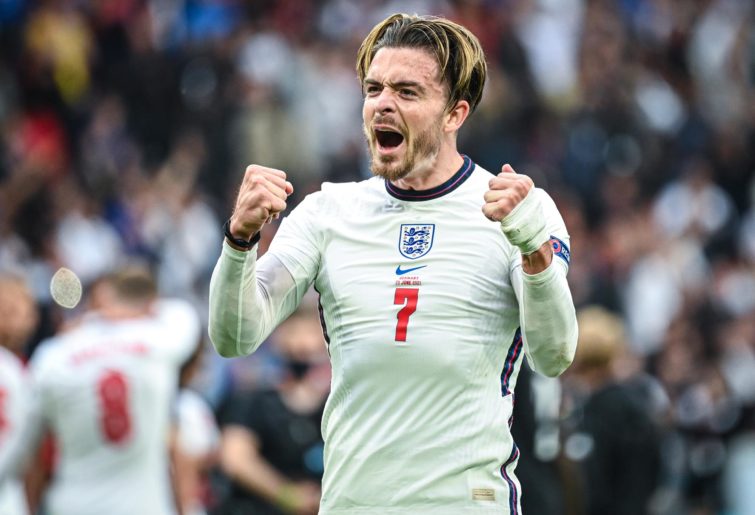 Across the channel in France something even more ridiculous and deflating is occurring. Paris Saint-Germain has the financial resources to rival the City Group’s buying power, and the club has clearly decided that enough is enough after a second-place finish on the Ligue 1 table behind Lille in 2020-21 but still no Champions League title.

Throw in the impressive and expensive acquisitions of Danilo Pereira from Porto and €60 million (A$96 million) signing from Inter Milan Achraf Hakimi and Parisian fans may well feel this is their best chance yet to claim the biggest prize in European club competition.

Should the now seemingly certain arrival of Lionel Messi come to pass in the coming hours, PSG’s potency could be the most dynamic, powerful and unpredictable on the continent. Considering the talent returning for another campaign in the form of Kylian Mbappe, Mauro Icardi, Neymar and Marco Verratti, manager Mauricio Pochettino had best have his squad in front early and briskly extending their league lead.

Otherwise, with consideration of the astonishing tools at his disposal, he will be frogmarched out the door in very quick time.

Personally, I find the entire situation insulting and deflating.

There is no doubt that a City and PSG Champions League final in St Petersburg on 28 May would be something for the ages. While there are no certainties in football or life, should both squads play to somewhere near their potential, it is hard to imagine any other scenario.

I thought we had just been through a re-evaluation of where the world game was in regard to the overzealous spending and creation of league monopolies and duopolies by some of Europe’s biggest clubs. I thought the offensive European Super League mobilised the fans and warned off owners attempting to win trophies and profit through currency alone.

It appears not, with FIFA and domestic administrators seemingly happy for the spending sprees to continue despite the increased dangers of collateral club damage as many struggle in the financial fallout of COVID-19.

It could well be a cracker season for both clubs, with trophies aplenty and fans salivating, while watching potentially two of the best teams we have seen this century.

Sadly for football as a whole it is a loss. An awful, soulless, hollow and disgusting blight on the purest game there is.