It is a Paralympic Games that many feared would never happen, after the COVID-19 pandemic wreaked havoc around the globe and sent nearly all jurisdictions into lockdown by March last year.

As was the case with the Olympic Games, which, for the most part, went off without a hitch, the Tokyo Paralympics were also delayed by a full twelve months, rather than being cancelled altogether.

Months out from the rescheduled Games, there were still some doubts as to whether it would even go ahead, especially after Japan was sent into a state of emergency as the country battled another wave of coronavirus cases.

In order to avoid the virus seeping into the Paralympic bubble, most, if not all, events were played behind closed doors, and as soon as athletes completed their events, they would be required to depart the country within 48 hours, and for those returning to Australia, enter two weeks of quarantine.

All Australian para-athletes were also required to be vaccinated against COVID-19 in order to participate in Tokyo.

Anyway, let’s get on topic now and look back at what was, without doubt, another very successful Paralympic campaign for Australia.

We finished eighth on the medal tally after netting 21 gold medals, 29 silvers and 30 bronzes, making this our tenth consecutive top-ten finish dating back to the 1984 Paralympic Games in Los Angeles.

The 80 medals all up and the 21 golds are both one less than we won in Rio five years ago, and we finished three places lower as well.

The majority of our successes came in the swimming pool, as well as on the athletics track and in wheelchair tennis, while we also saw success in cycling and in the table tennis, the latter for the first time in 37 years.

The country shot out of the blocks with six gold medals on the first day, including four in the swimming pool. Paige Greco got us off the mark, claiming the gold medal in the women’s individual pursuit C1–3 in the cycling discipline.

That was followed shortly after by Emily Petricola, who won the C4 classification race, before our focus turned to the swimming pool where William Martin, Lakeisha Patterson, Rowan Crothers and Ben Papham all picked up gold.

Four more gold medals were won in the pool after that successful first day, including the team of Crothers, Martin, Papham and Matthew Levy which won the men’s 4 x 100m freestyle relay.

In table tennis, Lei Lina and Qian Yang won our first gold medals in the sport since 1984, winning the respective class 9 and 10 women’s individual events, while on the tennis court, Dylan Alcott successfully defended the singles Gold Medal he won in Rio five years ago.

After defeating Sam Schroder to win the gold medal, Alcott announced that it was to be his final Paralympic Games, saying that he owed the event everything and that it “saved his life”.

Australia. We did it. We bloody did it. Thank you every single one of you for making my dreams come true ????????#tokyo2020 #paralympics pic.twitter.com/AA2Q02SdCE

It kept alive his chances of claiming a calendar Golden Slam, something that, of everyone that has ever played tennis professionally, only Steffi Graf (in 1988) has ever achieved.

He is now on his way to New York where he will attempt to complete the feat at the US Open, with the wheelchair event starting this week.

On the athletics track, Madison de Rozario, who had previously competed at three Paralympic Games and is coached by Louise Sauvage, took the chocolates in the women’s 800m metres T53 and in the women’s marathon T54, while she also claimed bronze in the women’s 1500 metres T54 race.

She had previously won the two latter events at the Commonwealth Games on the Gold Coast three years ago, and here in the Tokyo marathon she overtook Swiss rival Manuela Schar in the stretch leading into the Olympic stadium to claim her second gold medal at these Paralympics.

While there were plenty of golds, there were some chances that certainly went begging, not least in the paratriathlon when Lauren Graham, who had led for the majority of the event, was overtaken right at the death by Kendall Gretsch of the United States.

Samuel von Einem also settled for silver in the final of men’s individual class 11 in the table tennis, losing to Peter Palos in a high quality final after leading by two sets to one and seemingly being in control of the match.

Isis Holt also claimed a silver medal in the women’s 200 metres T35, after also being overtaken in the final 50 metres of the race, while Jaryd Clifford finished second in the men’s marathon T12 on the final day of competition; that being our final medal of these Games.

In the wheelchair tennis, Dylan Alcott and Heath Davidson just failed to defend their gold medal from Rio, losing to the Dutch pairing of Sam Schroder and Niels Vinkl; that was before Alcott got his revenge on Schroder in the quad singles decider on Saturday. 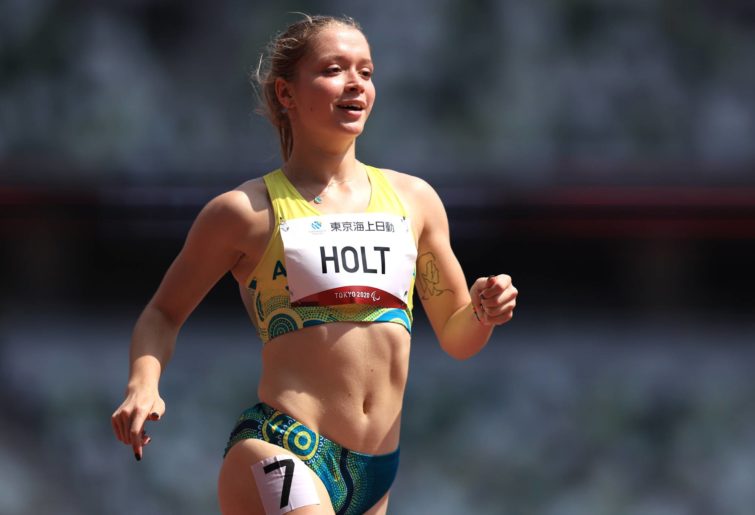 Fifteen years after being diagnosed with multiple sclerosis at the age of 25, Janine Watson, our first ever taekwondo Paralympian, claimed the bronze medal in the women’s 58kg category.

Ellie Cole also picked up a silver and bronze medal at these Games, making her Australia’s most decorated Paralympian with 17 medals, eclipsing the previous record held by another swimmer, Priya Cooper.

While not everything was covered here, these were just some of the highlights to come out of what was another successful Paralympic campaign for Australia, which sent away their largest ever contingent for an away Games.

While the Summer Paralympics may be over for another three years (in normal circumstances it would be four years, but these Games were delayed due to the COVID-19 pandemic), there is still the Winter Paralympics to look forward to in six months’ time, as well as the Commonwealth Games in Birmingham, which begins next July.

With Beijing hosting the Winter Games, it means the Chinese capital will become the first city to host both a Summer (2008) and Winter Paralympic Games (2022).

Some of the venues that were used for the 2008 Games, such as the Bird’s Nest and the Ice Cube, will again be used for the opening and closing ceremonies, and the curling events, respectively.

In the short term, we are now halfway through the AFL finals series, with the grand final to be played at Optus Stadium in Perth, while the NRL finals begin this weekend.

The focus will now turn to Paris in 2024, and in the longer term, we can also look forward to Brisbane 2032, in which the Paralympics will return to Australian shores for the first time since the extraordinary success of Sydney 2000 in which we finished first with a staggering 63 gold medals.