Benji Marshall says he will wait until the end of South Sydney’s NRL campaign before deciding if he wants to play on in 2022.

Marshall has been a revelation for South Sydney this season after being signed on a one-year deal, but at this stage he remains off contract.

Souths have plenty of room inside their roster for next season, but have signed Anthony Milford from Brisbane in a role that will likely be similar to Marshall’s.

Marshall has time and time again kept his career alive, coming back from rugby union in 2014 and selling himself on the market at the end of 2015 and 2020 to fight off retirement.

But at age 36, Marshall is undecided if he wants to push on into a 20th season and said he was yet to talk to the Rabbitohs on the issue.

“That’s the furthest thing from my mind at the moment,” Marshall said.

“I don’t want to make it about me. It’s about the team and getting through Penrith this week. I haven’t thought about that yet.

“I’ve said (in previous years) I’ll decide at the end of the year, which I’ll do again.”

Regardless of Marshall’s future, South Sydney players are relishing whatever time they have left with him.

Marshall remains the club’s super sub for the final, filling virtually every position and giving the Rabbitohs spark when required.

Souths will hit knockout football as soon as next week, meaning any match could be the last of a career that hit dizzying heights in the 2005 grand final.

“Personally for my game he’s actually been outstanding for me. When he comes on he puts me in positions where I get the ball early and when I want it.

“Just chatting to him here and there about different things because he has been in the year since he debuted in 2003. I was 13 (years old).

“Most of the guys in the NRL really looked up to him in those 2005 and 2006 years where he was just tearing blokes apart.” 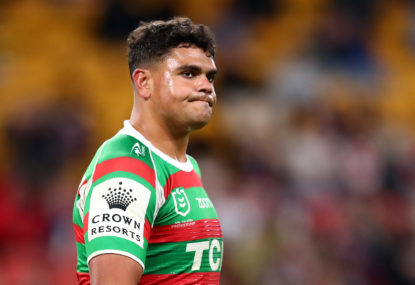 This Penrith side would have beaten Queensland. You cannot imagine the hunger in a team that has been the best in the competition for two seasons, has fallen short once and made to take the long road the second time. 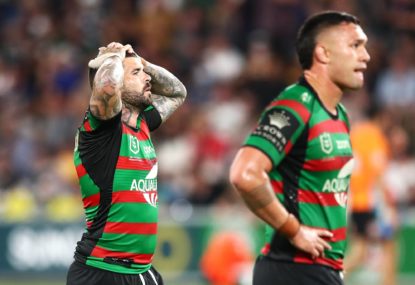 Wayne Bennett says “he’s not finished” and that a plan is formulating for his next gig in rugby league after Sunday night’s NRL grand final loss marked the end of his three-year stint at South Sydney.