I’ve not even attempted to quantify this, but I can’t imagine the list of teams to turn around a 17-point loss to New Zealand into a two-point win over the current Rugby World Cup holders a week later is particularly long.

And it’s not until you put the last seven days into words like that that the magnitude of the Wallabies’ win over South Africa really becomes clear.

The degree to which they were well beaten by the All Blacks in Perth makes the turnaround in performance in just a week to beat South Africa on the Gold Coast so much more impressive.

And it really was.

After lamenting the Wallabies’ complete lack of composure and some genuinely terrible decision-making in the loss the week before, that performance to open their account in the Rugby Championship really was something.

And for sure, a lot of it was Quade Cooper. 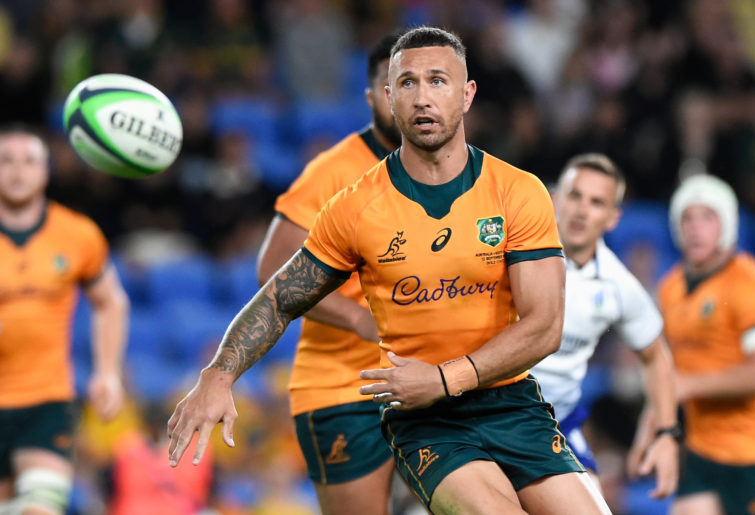 As the build-up moved from a few whispers early last week that he was line to play, to the very strategic tipping off of numerous outlets last Thursday evening that resulted in the flurry of ‘he’s back’ headlines, to Rennie confirming what we already knew when he named the team on Friday, this was only ever going to end one of two ways.

Cooper was either going to have minimal impact or – and I think we all had this feeling somewhere deep down – he was going to win the bloody thing.

His scriptwriters are working overtime at the moment, and all praise and plaudits are well deserved.

But he’s the first to admit there were many other reasons the Wallabies beat South Africa. So let’s attempt to widen the focus, even if just for a few moments before returning to the altar of St Quade.

For one thing, Angus Bell was excellent up front in his starting debut, learning a few lessons of the dark arts of scrummaging and ultimately holding his own against Frans Malherbe, one of the great international tightheads.

Not unlike the switch at flyhalf, promoting Bell for James Slipper felt like a bit of a gamble on Friday, though there would have been much sense in the reasoning, almost certainly about managing Slipper’s workload as much as giving Bell an opportunity to show his mettle.

And he did. Showed plenty of it. And that will please Dave Rennie to no end, because it gives him confidence in his young prop with a tough little tour to the north coming up. 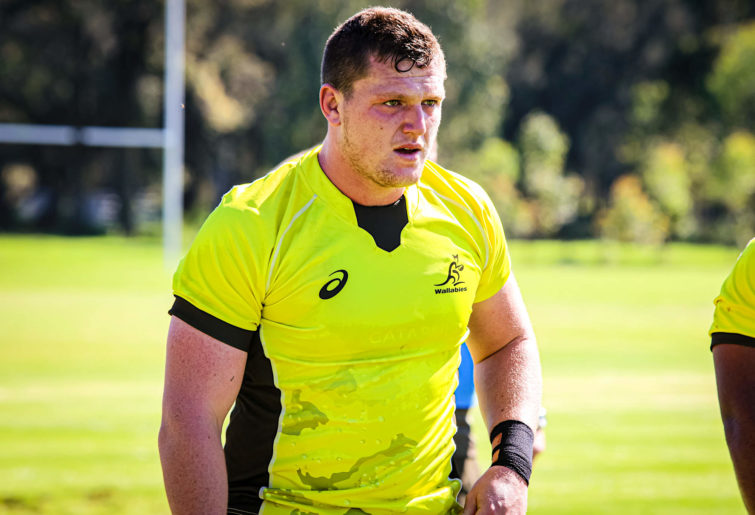 Rob Valetini was outstanding again, heavily involved in the physical side of the game and averaging well over three metres with every carry.

It took him a few games to become the destructive force he was in Super Rugby this year, and that seems to have repeated again on the Test scene. But he’s really warming to number eight now and it really feels like he’s converting that really good domestic form into international impact.

And there’s no doubt in my mind that Valetini’s form has played a significant role in Isi Naisarani being granted an early mark to take up his Japanese contract.

Tate McDermott started okay in the first half, but Nic White was a lot better after halftime and will have to come into starting consideration for the return bout against the Boks in Brisbane next weekend.

Maybe it’s a northern hemisphere experience thing, but White certainly seemed to adapt to referee Luke Pearce’s welcome calls for scrumhalves to (for God’s sake) ‘use it, nine’ a lot easier than McDermott did. White just seemed prepared to play even if the runners and carriers and forward pods he was waiting for weren’t quite set.

Rennie said post-match that McDermott was being hampered by a shin injury by halftime, and so White starting next week might be a necessity anyway. But, like Cooper’s selection this weekend, it kind of feels this is a change worth making anyway. McDermott has played all seven Tests to date, it’s worth noting. Because it just didn’t feel like an old-fashioned northern hemisphere refereeing whistle-fest to me. And if the teams and the players couldn’t get the message from Pearce in the very clear and direct terms he delivered them, then they really have no-one to blame but themselves.

The north-south divide in terms of officiating has certainly switched on the traditional axis (viewed with southern hemisphere eyes, obviously), and even though I don’t really pay attention to or keep notes on referees, it was very clear that Pearce similarly enjoys an excellent working combination with TMO countryman, Matthew Carley.

SANZAAR could do a lot worse than to confiscate their passports and put the Queensland authorities on their tail, to ensure they remain in place to officiate the rest of the tournament.

Samu Kerevi was again a handful, and it’s worth looking at his 17 runs for 46 metres with six defenders beaten alongside the numbers of Damian de Allende and Lukhanyo Am: a combined seven runs for 29 metres and one defender beaten between them. 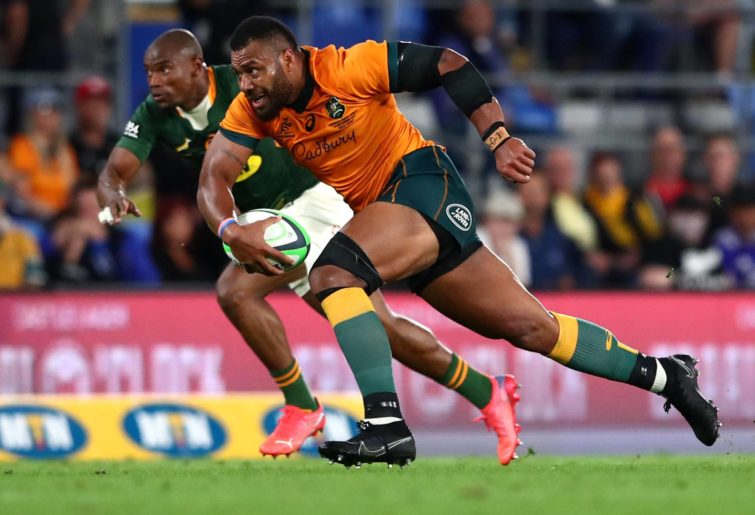 But there’s some other numbers that need looking at in the context of Kerevi’s game, and it’s an issue that plagued his game up to his decision to head to Japan after the 2019 Rugby World Cup.

Len Ikitau carried the ball once for the game and didn’t register a single metre.

Kerevi is certainly making an impact, there’s no denying that. But his ability to link with his teammates on the outside remains a significant flaw in his game. It’s great that Andrew Kellaway is playing with the growing confidence to go looking for the ball, but the point is he and Ikitau shouldn’t have to.

It’s one of many areas the Wallabies still need to work on, though to their credit post-match both Rennie and Michael Hooper suggested they were a long way from satisfied with everything they did on the Gold Coast. Some of the decision-making in the final few minutes immediately springs to mind.

And obviously, the best time to keep working hard on your game is immediately after a memorable win.

So anyway, that’s done. Back onto Quade…