There’s a lot going on in the cricket world at the moment. It’s just that most of it is frustrating and ultimately exhausting.

The will-they-won’t-they of England’s impending Ashes Tour appears, as of Wednesday, to have been sorted. But not without weeks of tedious verbal sparring.

Tim Paine probably didn’t need to weigh in at a time where empathy and understanding — jarring as it sounds in an Ashes context — was probably required. The typical pre-Ashes jousting should have been shelved in this, of all years.

Equally, England’s lack of public commitment — for a series the coach has explicitly said is the team’s holy grail — drew the process out for longer than it should. While concerns were valid, it was clear Australian society would look far different and be much more open from November onwards.

That, now, appears to have been relayed. But much of the English pushback appeared to be trying to gain leverage, and probably could have been sorted behind closed doors.

Then there’s the disjointed mess that is the Sheffield Shield and Marsh Cup. If ever there was a competition that best surmises the impacts of the federal government’s botched vaccine rollout, it’s the Shield. Tasmania rushed back home last week after just four Covid cases were detected in Queensland, for fear of being stuck there.

New South Wales and Victoria can’t get anywhere and will likely only play each other until the New Year. And now Queensland are about to play a home game against Tassie in Adelaide. What a mess.

And finally there’s the IPL, which is currently being played out of contractual obligation more than anything. Cynics might argue that’s the case every year, but at its best the IPL is a brilliant spectacle. However the buzz of this season died when India’s horror wave of COVID ripped through the country earlier this year. Forcing its restart in the UAE to avoid huge cancellation costs hasn’t inspired much passion.

And it’s rubbed off on the clashes in the last fortnight which, when you add some poor pitches into the mix, hasn’t made for great viewing. Put together, the Ashes posturing, stop-start domestic cricket and humdrum IPL fixtures have hardly inspired.

Which is why the Australia-India women’s series has been so welcome for cricket right now. The tight nature of the contests, standout individual performances and emerging narratives around the format, rivalry and young talent has made for great viewing in recent weeks.

With three T20 games to go (starting Thursday night), the multi-format series is finely poised with the Aussies leading 6-4. Two points will be awarded per win (as was the case in the ODIs), meaning the Aussies can’t lose the series if they win just one game.

But that won’t be skipper Meg Lanning’s goal. Without doubt she’ll be targeting a T20 clean sweep, especially after being outplayed in the last two encounters. 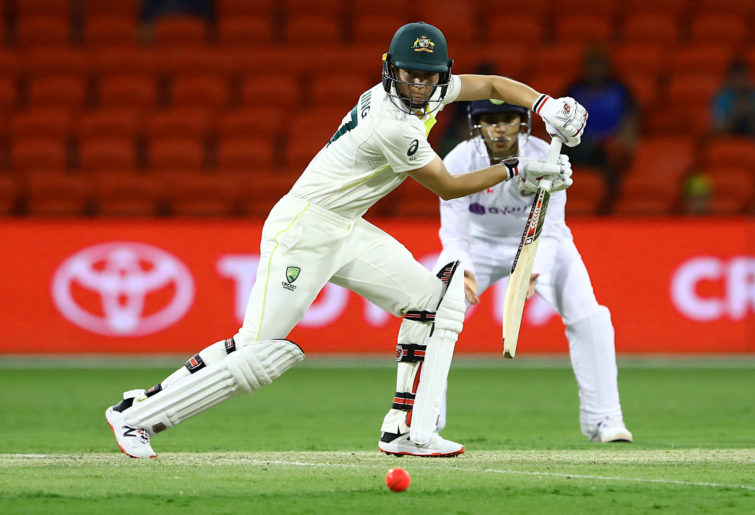 Two-thirds of the way through this series, the fact is that India have been in control for longer periods than Australia. Which, to be frank, is a situation Lanning and co rarely find themselves in.

Aside from a dominant ODI win for Australia in the tour opener, momentum has swung back and forth. India controlled large parts of the one-off Test ending on Sunday, and arguably would have the series lead if not for a line-ball no-ball call in the second ODI, or rain delays in the Test.

There’s been several series highlights, including Beth Mooney’s masterful 125 not out in the second ODI and 38-year-old Jhulan Goswami’s ability with a seaming ball.

However, there’s a clear standout thus far. And I say this without veering into unnecessary hyperbole or even recency bias: Smriti Mandhana’s Test century last week was one of the most technically-proficient hundreds I’ve seen in recent years. That’s including all forms of cricket, men’s and women’s.

An innings built on attractive driving and proficient pulling, Mandhana’s ability to both punish anything too full and pull powerfully through square was superb to watch. Boundaries made up 94 of her 127 runs.

Looking forward, from an Australian perspective Lanning’s side should walk away as victors. And that’s not unfair expectation. They are the dominant team in world cricket with huge systematic advantages and, even through the absence of Megan Schutt and Jess Jonassen, start as favourites.

Harmanpreet Kaur returns from injury to lead India, a difficult task given she must immediately match it with match-hardened players. Whatever comes of the result, however, it’s good to see the cricket community invested in the game after a strange year.

With luck, we’ll look back on this series as the precursor to a big summer ahead with both the men’s and women’s Ashes to come.