A mix of relief and joy poured out from supporters of Newcastle, as club legend Alan Shearer expressed his delight on Twitter, “Yessssssssss. We can dare to hope again,” with the shift in ownership bringing to the end the 14-year control by British billionaire and owner of Sports Direct Mike Ashley.

The £300m ($559m) takeover has supporters of Newcastle dreaming of becoming the next super club in world football and competing for the biggest trophies including the Premier League and Champions League.

The delight in Newcastle though has been met with contrasting views outside of the city with human rights groups and Amnesty UK chief executive Sacha Deshmukh condemning the takeover and stating the deal represented, “a clear attempt by the Saudi authorities to sportswash their appalling human rights record with the glamour of top-flight football.”

The initial rejection of the takeover by the Premier League concerned the issue of Saudi Arabia blocking Qatari broadcast company beIN Sport which can be traced back to 2018. 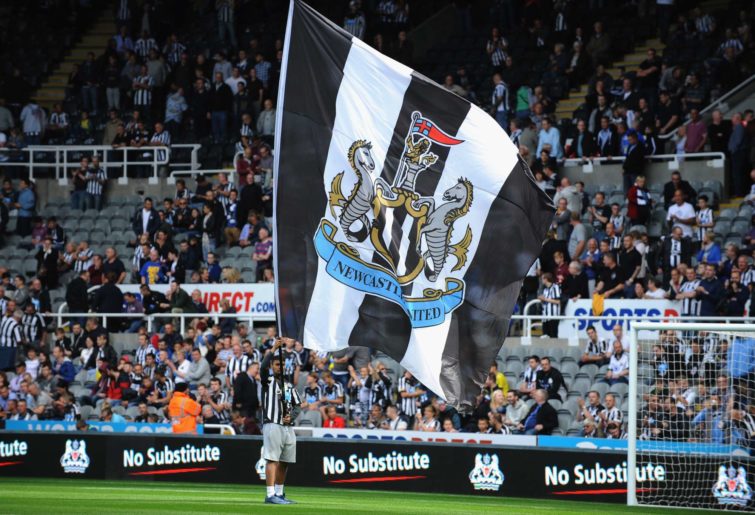 Saudi Arabia’s reversal of this decision which now allows Premier League, UEFA and FIFA matches to again broadcast legally within the country allowed the takeover to be completed. Saudi Arabia committed to removing all pirate websites while the beIN Corporation approved and reached a $1 billion settlement. The damages occurred from the mysterious beoutQ Sport which pirated and broadcasted the beIN feed into Saudi Arabia.

The issue of human rights throughout the negotiations between the Premier League and the Saudi Public Investment Fund (PIF) have seemingly been non-existent though. The phrase ‘human rights’ did not even appear in the ‘owners’ and ‘directors’ test despite the Premier League supposedly adhering to FIFA standards which states, “human rights commitments are binding on all FIFA bodies and officials.”

Saudi Arabia’s human rights record under Crown Prince Mohammed bin Salam who is also the chair of the PIF continues to be appalling.

The reality is of a state which committed the heinous murder of journalist Jamal Khashoggi in 2018 while the continued flogging of critics occurs, torture is commonplace, women’s rights are extremely limited, homosexuality is illegal and the war against Yemen continues unabated.

Chi Onwurah, the member of Parliament for Newcastle Central, stood up three years ago in the House of Commons addressing the murder of Washington Post journalist Jamal Khashoggi and asked Foreign Secretary Jeremy Hunt to acknowledge that Mohammed bin Salman was “the autocratic ruler of what is now shown to be a murderous state.”

Newcastle fans will rightly point to the ownership of Manchester City and Paris Saint-Germain who themselves are owned by states with extremely questionable human rights records. This highlights the need for tougher governance around the ownership of clubs and the ability of states to own football clubs.

The funnelling of ownership through sovereign wealth funds has become a major issue and is one that needs to be outlawed.

English football has shown through this latest takeover that it is open for business and that if the pockets are deep enough anyone can buy into the Premier League regardless of their human rights record. It is not fair to just point the moral and ethical finger at Newcastle fans though who for so long have suffered under the ownership of Ashley and like any football fans want to see their club succeed.

The Newcastle supporters trust have come to peace with the Saudi takeover and responded by stating that this is just the way the game has gone.

This sentiment rings true when it comes to world football and especially for clubs within the Premier League wherein success now seemingly goes hand-in-hand with wealthy international investors who use football as a vehicle for international image-laundering.

The collapse of the European Super League which was lauded as a triumph for our moral sporting values, runs in sharp contrast to the Premier League approving a takeover by a fund-financed by the super-rich, murderous state of Saudi Arabia where the importance of human rights is put secondary in the name of sport and success.