Number 12 Greg Clark, standing at 193 cm and 94 kg, walked away with 26 disposals, six marks, 14 tackles and two goals, but that’s par for the course for the three-time premiership player.

Wind the clock back to 2015 and Clark had captained the Western Australia U18 side in the National Championships, going into the draft as one of the well-written-about prospects, one the new breed of oversized midfielders.

Even after passing out of the national draft without being selected, he was still being touted alongside Will Snelling and Adam Marcon as morals for the rookie draft, but after 137 names were read out, his went uncalled.

Hindsight is 20/20, but for a draft with so many players that have washed out of the AFL, it just seems perverse that 18 teams could continually overlook his obvious attributes and achievements.

While climbing into Subi’s A-grade team from Colts and Reserves – the club finished undefeated in 2018 when he became a permanent fixture – he has seen dozens of WAFL prodigies get drafted while he continued to be overlooked.

Of late, Tim Kelly, Marlion Pickett and Matt Parker (twice) have been scouted as mature-age recruits out of South Fremantle, yet two years ago Subiaco teammate Ben Sokol, also 24 at the time and with his own Simpson Medal, couldn’t find a suitor at the draft.

The debate has raged for years that the standard of the WAFL is below that of the SANFL and VFL, yet the very same competition continues to produce some of the best footballers every year and in spite of the success of taking on these players, AFL clubs remain gun shy about older players who have taken longer to flourish.

The annual speculation finally got to Clark ahead of the 2021 mid-season rookie draft as the local Western Australia media bandied around his name, yet the actual AFL clubs scouring state leagues for recruits had shown no interest, so he simply didn’t nominate.

The decision to focus on his footy did him wonders as he posted personal best stats in disposals, tackles and goals to complement his strong inside and outside game, elevating him into Sandover Medal calculations that were dashed by a late-season injury, although he still managed a third-place finish.

Now he will enter the AFL National Draft hoping to crack onto a rookie list spot, aware that players like Hayden Schloithe and Jye Bolton had even more dominant seasons before and couldn’t interest recruiters. 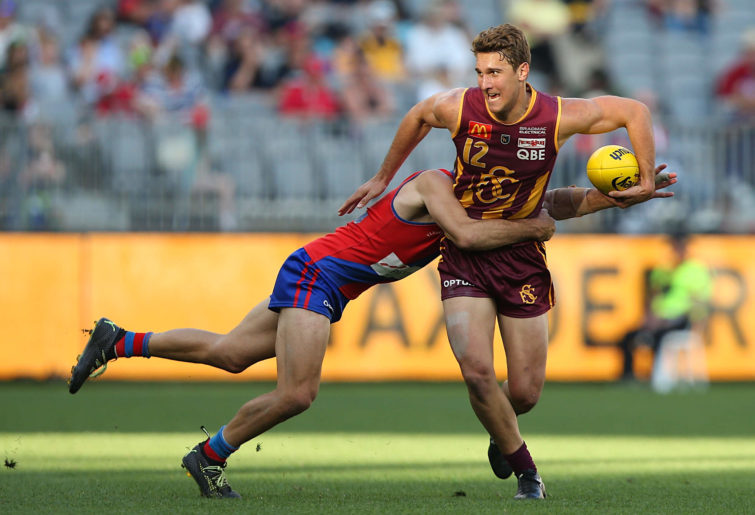 He’ll also be aware that teammate and rising Colts sensation Matthew Johnson is virtually assured of being drafted next month as both Western Australia clubs look to snap up local talent, even though the polished product is right under their noses.

The difference is that 18 year-olds are a more highly rated commodity than 24 year-olds, even if the former can’t break into the senior team for more than three games while the latter leads the club to a fifth premiership in eight seasons.

But don’t pay attention to the stats. See for yourself. Look up Greg Clark’s highlights and ask yourself why he isn’t on your team’s radar.