Wallabies fullback Reece Hodge looked in significant pain as pectoral injury forced him off against Japan on Saturday and put the rest of his Spring Tour campaign in doubt.

It will be desperately painful blow if Hodge can’t go on, having only just secured a starting spot in the Wallabies line up after the injury earlier this campaign to Tom Banks.

A Wallabies spokesman told The Roar that Hodge had suffered a pec injury and would require scans after the game.

Coach Dave Rennie confirmed the injury, and said Hodge would travel with the team to Europe while being assessed.

Andrew Kellaway, who has scored eight tries in a break out season on the wing, replaced Hodge at No.15 and shapes as the likely replacement if Hodge has to return home before games against Scotland, England and Wales.

James O’Connor is another option and with, coach Dave Rennie having little hesitancy in bringing back veterans from the wilderness, there are likely to be links to Kurtley Beale.

Beale, 32, was at fullback against England for the 2019 World Cup quarter-final exit and is playing for Racing 92 in France.

A couple of talented fullback options in Europe … pic.twitter.com/ErmvlYH347

Jordie Petaia replaced Hodge and moved to the right wing where Kellaway has been so prolific, helping himself to a try.

Japan took control after Hodge’s departure and scored a try through Lomano Lemeki, who dived over on the left after a cross field kick.

Both teams promised a game of running rugby and it was a bright start from the Wallabies with Tom Wright running onto a short pass from Quade Cooper for the opening try in the seventh minute.

A few phases earlier Cooper had served up a delicious no look inside pass.

“We had the balance, the pragmatism, now we’re seeing that aspect we’ve seen for so long and appreciated,” said Turinui, while his co-caller Sean Maloney declared it was “vintage QC”.

Australia were under pressure throughout, with Cooper throwing an intercept to concede a try but debutant Connal McInerney scored a memorable winning try minutes from the end

“It was a really competitive game,” said captain Michael Hooper. “We expected Japan to play expansve rugby and they tested us on that.

“It was a high-paced game, a lot of movement and tackles to be made.”

Australia’s outstanding rugby women have powered to a second straight Dubai Sevens trophy in successive weeks, while their male counterparts fell agonisingly short in their final. The Australian women maintained their dominant unbeaten sequence over the past two weeks on Saturday to lift the title with a convincing 15-5 triumph in the final over Fiji, […] 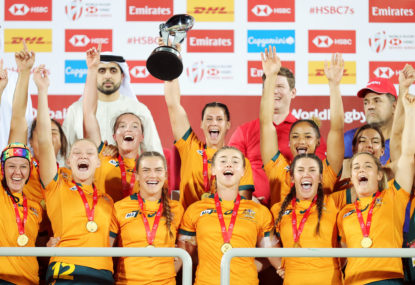 The Fijian came on for the start of the second half after a Bears injury and looked like he never left. Radradra was expected to be out for as much as 16 weeks but made a speedy recovery. 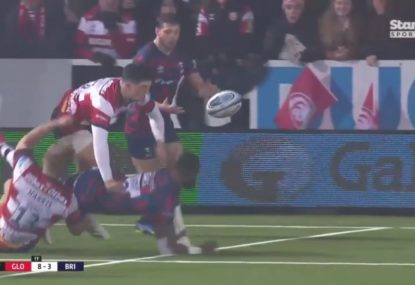 As close to a stalemate as you can get in rugby! 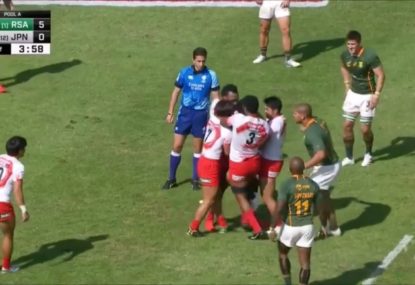