In just his third NBA game, the no.6 draft pick racked up 19 points, 8 rebounds, 7 assists and 4 steals in 33:33 minutes making him a quadruple-double threat.

It was the highest production of his fledgling NBA career.

Despite the Thunder losing 115-103 to the Sixers, the former Adelaide 36ers guard is sure to feature heavily as part of Oklahoma’s drawn-out rebuild.

“You can see why the Thunder are very excited about him, his potential is off the charts right now. He does so many things well for such a young player, and the maturity he has in his game,” NBC analyst Kendall Gill said.

What you didn’t see in those stats is Giddey’s speed, his whipping-overhead passes to all parts of the floor, and his ability to create space in traffic and manufacture shots.

Since Giddey has been drafted, words like playmaker, sensation, vision, creative and efficient have all been been used to describe the 19-year-old.

You can add freakish athleticism. And perhaps: Melbourne magician.

Whatever concerns Oklahoma had about a lack of a mid-range shot and a lack of strength needed to finish at the rim, has been washed away with his first few outings where’s he’s looked clean, and much like the perfect fit alongside emerging talent Shai Gilgeous-Alexander – someone he said he’s still getting used to playing with.

“My job is to walk him through that and help him be as comfortable as he can be. He was good tonight.”

In Giddey’s eyes, in the game against the Sixers, he said the lanes were a lot more open giving him more room to create. One of his floaters — a shot that featured habitually tonight — flew over Sixers All-Star Joel Embiid, and had similarities to a trademark Steph Curry or Trae Young act . In the post-match presser, Giddey was asked about his floater and it’s a shot he’s been fine-tuning.

“I’ve been working on it a lot. It’s also just reading, a lot of bigs play drop,” he told media. “Having that touch in the area is crucial. It’s a shot that I need and a lot of players need these days.” 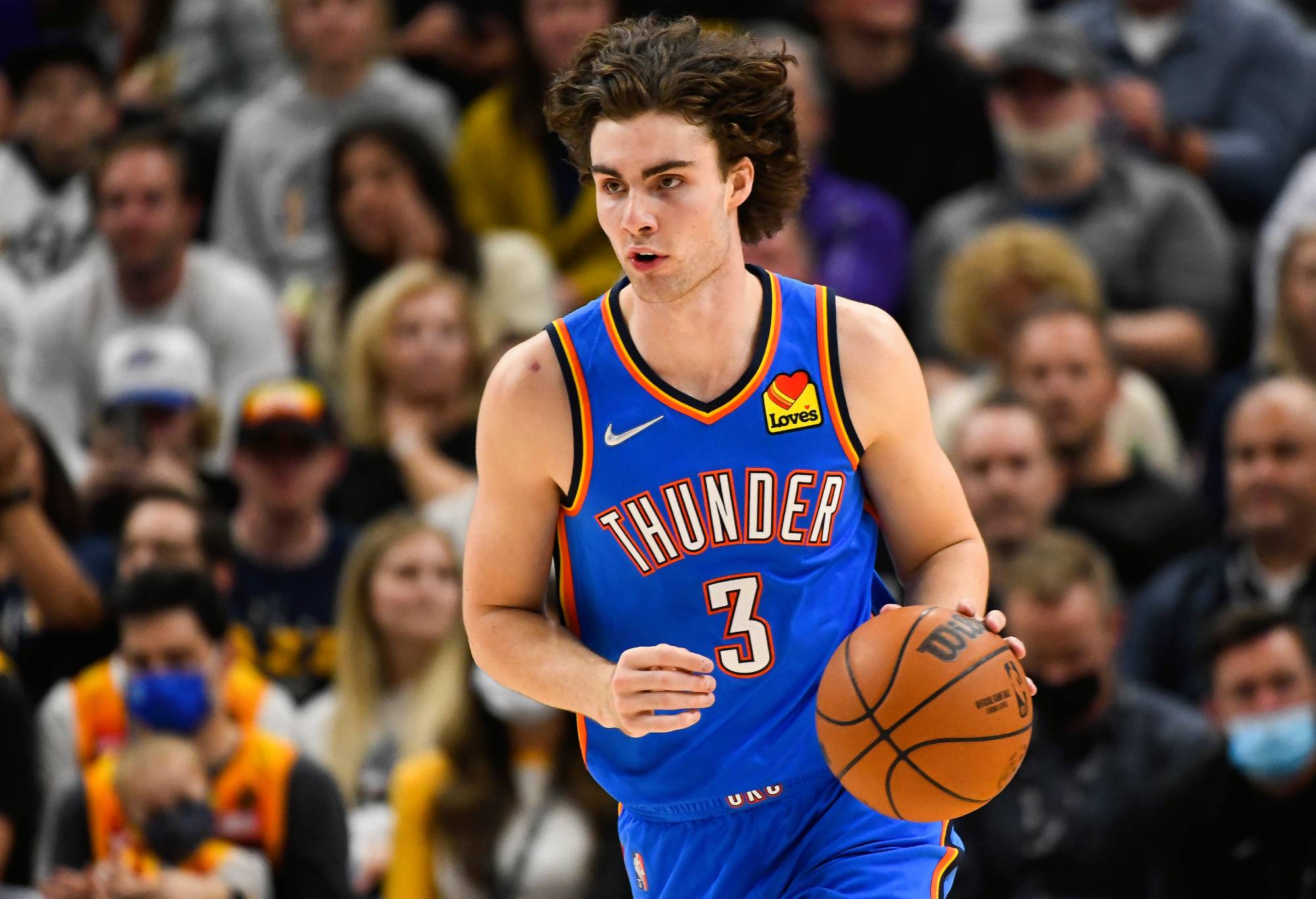 Late in the fourth quarter, Giddey was mauled at the rim by Embiid and he fell into the padding at the base of the ring off court. He stood up and was hobbling. He gave head coach Daigneault the all-clear. Giddey then composed himself and drained the two free throws. He stole the ball. Then shot a three.

Giddey was asked about the contact and said “It was ok. Good contest at the rim I guess. Embiid’s a big boy. But nothing came out of that. I’m fine.”

A video posted to Twitter showed the fall and in-game commentary from Sixers and CBS Sports analyst Alaa Abdelaby where he said:

“There’s no hard feelings. Joel is not going to give up the easy two. I just worry about when he (Embiid) falls. No offence to Giddey, I couldn’t care less. But this guy, you don’t want to see him fall awkwardly because you worry as a Sixer fan.”

After tonight’s performance there have been some extremely early calls for Giddey as front runner for the Rookie of the Year award. But the race has a long way to go and other rookies are put up some incredible lines as well since last Tuesday. Giddey has some stiff competition.

Scottie Barnes had a breakout night for the Toronto Raptors against the Celtics on Saturday with 25-points and 13 rebounds. Houston’s Jalen Green dropped 30 points (including 8-for-10 for threes). Indiana’s Chris Duarte hit six threes for 27 points in his debut against the Hornets. And Cleveland’s Evan Mobley has been getting monster minutes, shooting 17 points with 11 rebounds over the Hawks on the weekend. Those were just a handful to note.

In the post-match presser Thunder head coach Mark Daigneault said Giddey had his foot on the gas against the Sixers, that his development is not linear and he’s improving on defence.

“He was better tonight. He tracked forward. The speed of the game is an adjustment for him,” he said.

When Giddey debuted for the Thunder he set a record for most rebounds by a rookie with 10 and finished with 4p-10r-3a. His first bucket was a confident drive, taking on Jazz small forward Bojan Bogdanovic to the rim.

On Friday he was quiet with 6p-2r-4a against Houston.

And tonight he posted his highest score as a Thunder player with 19 and stuffed the stat sheet across four key categories.

This tells you everything you need to know about what to expect from Giddey this season.

He’s going to thrill, excite and be the no.6 player Oklahoma was looking for. There’s going to be some bumps along the way. And whether or not he wins rookie of the year, Giddey is the real deal.

For any most valuable player (MVP) debate we first need to establish that it is not necessarily the most skilful nor the most talented player of that season. 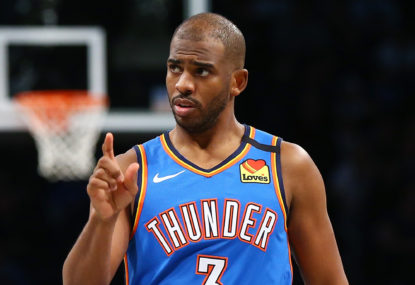 The Oklahoma City Thunder are an oddity – a team that expected to contend last year and rebuild this year, but both times ended up in more or less the same place: an unthreatening playoff team.