The Ashes have had many memorable moments and these are so well documented that they’ve become folklore.

Think Bodyline, Steve Waugh’s four off the last ball of the day to bring up his ton at the SCG, David Lloyd’s box being shattered into pieces and Steve Harmison’s shocking first ball that led to a 5-0 whitewash.

Of course, there’s also the greatest series of them all in 2005 that had 1000 moments within that series. But what about the more obscure, underrated and unfortunate moments? 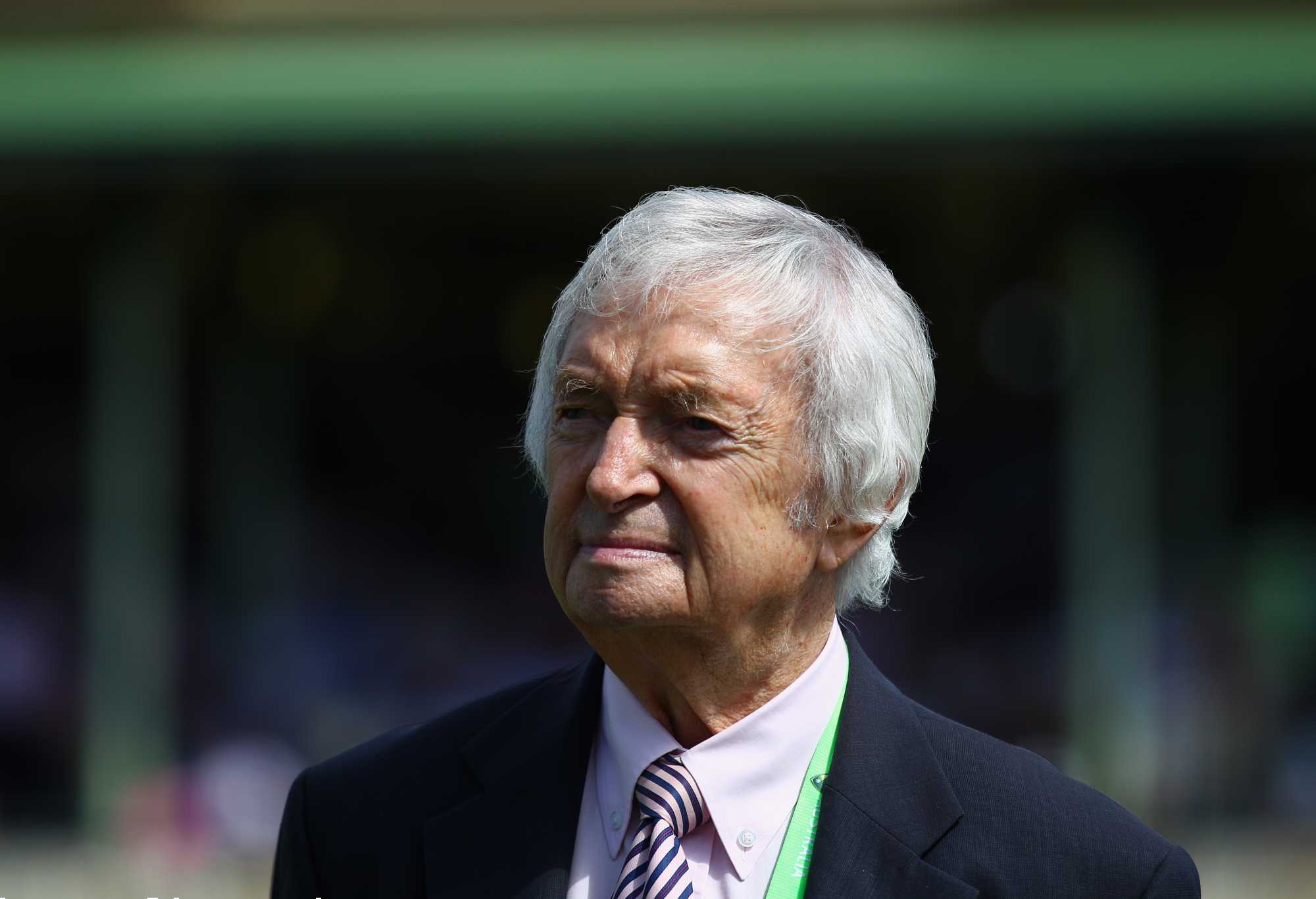 
Speaking of 2005. That’s where I want to start this trip down memory lane and a moment that was underrated because of just how incredible that series was.

With so much going on you’ve probably forgotten that 2005 was the final time Richie Benaud commentated an Ashes series in England (He continued for a few more years in Australia).

Richie was of course just as well known in England as he was in Australia.

When an Australian summer finished he would take a few months rest and then fly over to England to broadcast the English summer.

Richie was of the belief that cricket belonged on free to air television and so when it was announced that Channel 4 was losing the rights, Benaud chose to end his four decade English commentary stint.

The 2005 series was his swansong and what a way for the great man to go out!

His final piece of commentary at The Oval was Glenn McGrath producing a rip-snorting delivery to dismiss Kevin Pietersen for 158. It was the series winning innings and it needed something special to remove him.

After the wicket, the players took drinks and then it was announced that Richie had just finished his final stint. Everyone stopped and applauded the commentary box and it was a beautiful moment in a beautiful series. 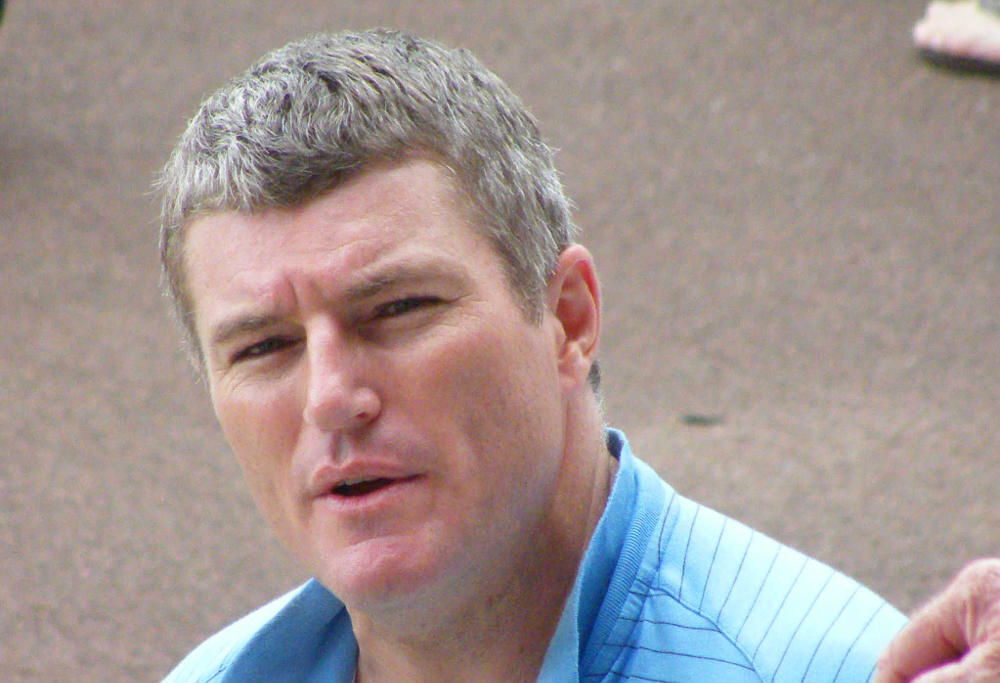 
It was well-known that Stuart MacGill replaced the injured Shane Warne for the 1998-99 Ashes series and he did a superb job but most forget that Warne and MacGill did play in the final Test together. Warne was recovering from shoulder surgery and desperately wanted to be back for the Boxing Day Test but he had to wait until the final Test in Sydney to get his chance to resume his incredible career.

The selectors decided to play two spinners which was not uncommon at the SCG but also as a reward to MacGill who had handled the pressure of filling Warne’s shoes.

But imagine the pressure on MacGill bowling alongside the great man? Not only did he step up to the challenge but he produced a man-of-the-match performance.

MacGill was front and back page news with the newspapers revelling in his SCG initials in his name (Stuart Charles Glyndwr for the trivia buffs).

Warne was obviously a little out of form after a long layoff but 12 wickets to 2 was a head-to-head win for MacGill and foreshadowed what was to come with the infamous West Indies Tour where Warne was dumped from the team in the 4th Test. A decision he’s never quite got over. Just ask Steve Waugh. 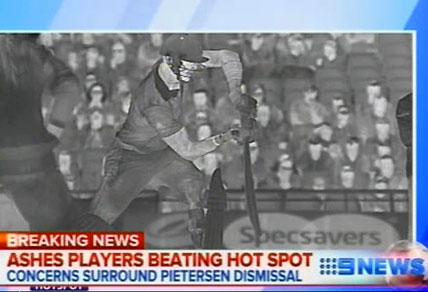 Everyone loves a good cricket controversy especially when it involves alleged cheating. Well before sandpaper gate we had bat-tape gate where Roz Kelly broke the story on Nine news that players (mainly England) were allegedly using silicone tape on the edges of their bat to trick the hot spot machine for edges.

The controversy started when hot spot wasn’t showing any mark on the bat despite a clear spike on snicko at Old Trafford.

The laws of cricket allow tape to be used to protect and repair bats and England players were quick to rubbish the claims.

The fact that we haven’t seen any such hot spot controversies since that series show it probably was a storm in a teacup but it certainly got people talking. 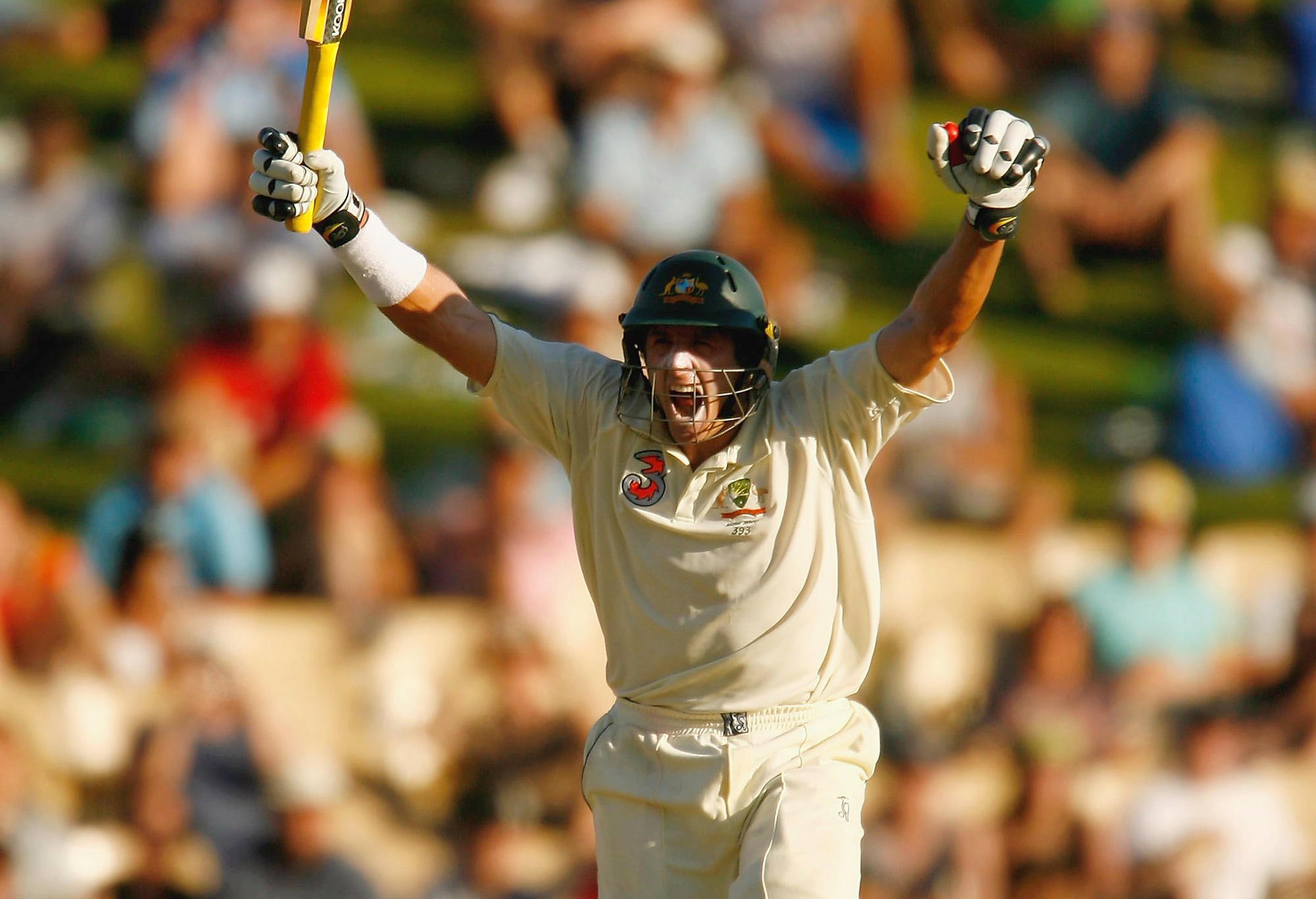 
It did seem a bit ridiculous to say Michael Hussey’s career was on the line when the bloke was averaging 52 in Test cricket before the Ashes series but the truth was his average had dwindled from well above 100.

South Africa had worked out Hussey after his meteoric rise and he averaged just 20 across six Tests against the Proteas in the lead up to the Ashes.

The pressure was on and Hussey struggled in English conditions. He scored two fifties in the first four Tests but 155 runs across 6 innings didn’t cut the mustard.
With the Ashes on the line another failure could have ended Hussey’s career. It looked liked it was curtains for Mr Cricket when Stuart Broad trapped him LBW for a duck in the first innings.

Chasing what seemed an impossible 546 runs to win the Ashes, Hussey came in at 2 for 90.

He fought valiantly and showed why he can never be written off. While his 121 wasn’t enough for Australia to win the match and the series it saved his career and made sure he wasn’t a scapegoat for the series loss.

Michael Beer and Simon Kerrigan in a spin 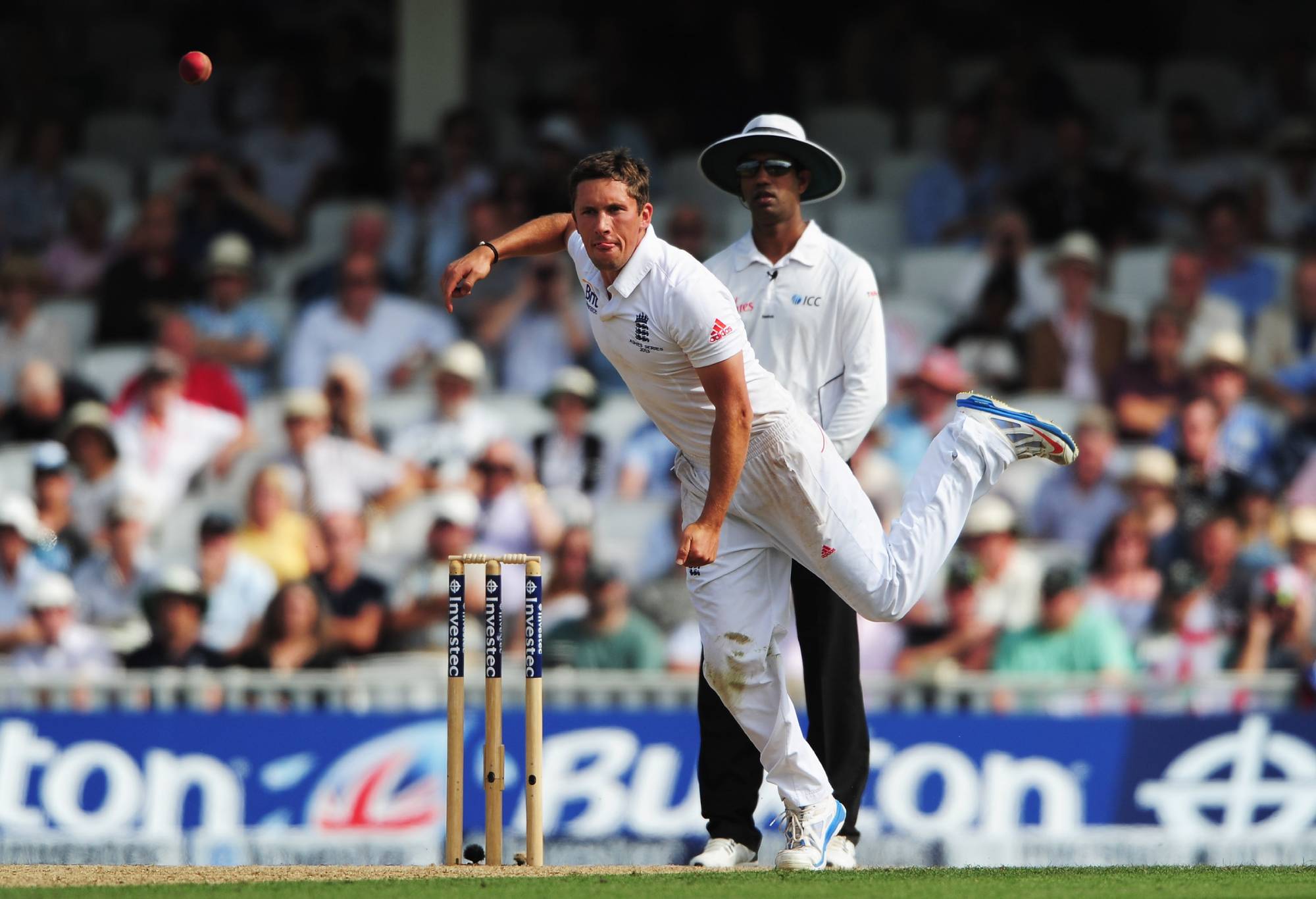 
Spin bowling is a tough art and making your debut in an Ashes Test is not ideal. Just ask Michael Beer and Simon Kerrigan.

Michael Beer made his debut in the 5th Test against England in the disastrous 2010/11 home series for the Aussies. Beer had the extra pressure and burden of being endorsed by Shane Warne in the lead up.

England proceeded to pile on 644 runs and Beer went for 1 for 112 and any chance Australia had of winning the series evaporated.
Australia couldn’t score enough to make England bat twice so Beer wasn’t given another chance to bowl. He did at least get one more Test opportunity a year later in the West Indies which is more than can be said for England’s Simon Kerrigan

Kerrigan is no mug just like Beer. They both proved they are more than handy cricketers at first-class level but it just shows how the Ashes can promise so much but spit you out so quickly. 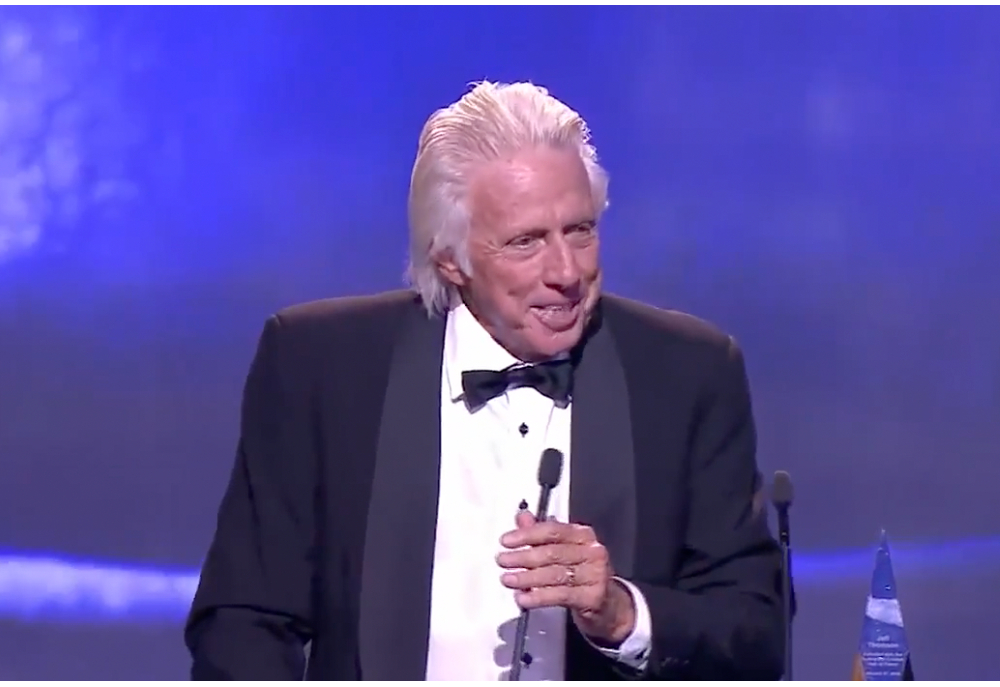 This is a bit of a niche moment but one that sticks in my memory for being classic Jeff Thomson.

In 2001, Channel Seven picked up the Ashes coverage in England which was a bit of a surprise to most cricket fans. Unlike Channel Nine who had sent their own commentary team over on prior tours, Seven decided to just have a couple of hosts who would then throw to the England commentary team. The hosts on the ground were James Brayshaw and Jeff Thomson. I remember watching a rain delay and you could tell Thommo wasn’t impressed by the English weather.

When Brayshaw throws to the ad break Thommo uses some rather colourful language unaware that he’s still on air. Thankfully, it’s still captured on YouTube. It’s possibly why Thommo hasn’t featured too heavily on any subsequent commentary teams. Unfilted Thommo is the best Thommo though.

What obscure Ashes memories do you remember? Let us know in the comments below.