In today’s world of sport, and in some competitions, the gap between the successful sides and the not so successful sides, seemingly usually is decided by two huge factors: a team’s culture and their ability to splurge cash and buy the talent.

There are so many examples that stand out, for worldwide sides who may just be able to open the wallet and buy a team to contend, or there are those very few sides who have built such a strong culture, that new players can fill the void and just slide in as good as ever.

Let’s bring out some examples in this discussion and then let the people in the comments duke it out as to what seems to be more successful.

What works better? What do you prefer?

It seems that the world of European soccer (football) have limitless pockets and it seems to be the club with the most cash behind them, tend to be the most successful. Clubs like Real Madrid, Manchester City and Manchester United, come to mind.

Let’s leave aside the world of soccer, and place some other teams in the “cash” juncture.

Teams like the New York Yankees, the Los Angeles Lakers, and in Australian terms, the Sydney Roosters, are all teams who come to mind in regards to teams who are not afraid to spend to bring glory to their respective clubs. 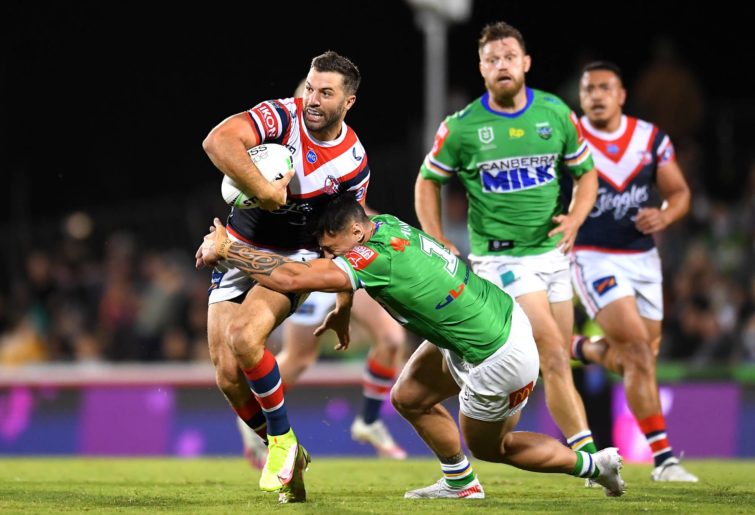 Whenever any of these sides are not in contention, they will open up their wallets which allows to buy enough talent to compete.

Another example is four years ago when LeBron James came over to tinseltown and the Lakers automatically flipped their assets to the best big man currently, in Anthony Davis, which turned their first year together into a championship.

Every league fan in the world knows what the Roosters can do, with a full abundance of salary cap. In 2010, the Roosters played in a grand final. From 2011-2012, they fell to irrelevance.

The Roosters did what they do, and spent big in the off-season.

Sonny Bill Williams, James Maloney, Michael Jennings and coach Trent Robinson all came in one off season, and bought immediate success, for a premiership in 2013.

Although they can arguably be described as a culture-based side now, the same occurred in the off season of 2018. They bought over Cooper Cronk and James Tedesco in one off season, what follows? Back to back premierships in 2018-19.

For sides like these, it really does. The benefit of cash behind you, just sometimes cannot be replicated in sport and the success you may be chasing.

On the flip side of the coin, you have sides who may build strong cultures, which allows them to use lesser valued players, to play to a system and still experience equal success. three sides come to mind, them being the Tom Brady New England Patriots, the Tim Duncan San Antonio Spurs and the Melbourne Storm.

All three sides in their height of success, had the same captain and coach combo, which firms the culture for the club, to have some form of stability. All three clubs were known for being coached tough, and if you could not suit their schemes, you would be moved on without thought.

The Patriots under the Brady-Bill Belichick era turned in nine Super Bowl appearances, with six eventuating to championships.

The Spurs had very similar success, with six appearances in the finals under the Duncan-Pop era, turning into five championships.

The Melbourne Storm were very similar in the Cam-Bellyache era, won five titles, in nine attempts (two titles being stripped due to salary cap penalties).

All three sides define what a strong culture can mean for a side, with the two first mentioned clubs, both in their post prime and trying to figure out their new culture to reach back to the heights they have experienced earlier, whereas the Storm still have somewhat relevance for the time being.

What do teams with strong cultures tend to have? In these three sides, a very no nonsense coach, (all three have very close tendencies to each other), a very, very good player (Brady, Duncan, Cam Smith – all considered the very best in their positions, respectively), players willing to play for glory more so than money, and who are willing to buy into a culture.

With the right people at the helm, things tend to ripple on down beneath, which provides a strong culture.

Both forms seem to create success regardless of how you look at it.

Money can make you a contender at any point in time and a club with a deep rooted culture means, during a period of time, that side will always stay relevant. The downfall of a culture-based club, is once the key components move on or retire etc, you need to reinvent yourself, which has happened to two of the three clubs mentioned – but for a ten-year period in time, can be the more successful option, for sure.

The current trend at the moment which inspired this article, are the Canterbury Bankstown Bulldogs – who have bought a plethora of good players for the years 2022-23, in which it has people and fans talking and excited for the future.

They had the money to do so, and they have bought to what they think they’ll need to succeed.

Teams such as the Cronulla Sharks have started with cash, spending on a new coach, and developed players – in what I think, they will try turn into a culture-based side.

Hold me to it, but I think that’s what they plan on doing.

Which form of club success are you a fan of? Do you think buying a team with no real chemistry, but pure talent, is the better way to create success?

Or do you prefer for a club to knuckle down and create an aura and vibe, so the team can be successful for a long period of times?

Let me know in the comments.