The Roar
28th November, 2021
12
Join the conversation
Advertisement
Write for The Roar

The Australian women’s sevens team have capped off an undefeated Dubai Sevens tournament with a comprehensive 22-7 victory over Fiji in the final.

It’s the team’s first Sevens title since 2017, and comes after scoring 163 points and conceding only 39 in an utterly dominant campaign.

A double from Demi Hayes led the way in a final rout, the Aussies going 17-0 up at half time to put the match beyond doubt. Fiji’s sole try came from Alowesi Nakoci came too late to impact the result.

Player of the final Charlotte Caslick, who scored the final try of the first half herself, said the win was redemption from a disappointing Tokyo Olympics tournament, where the team failed to make it to the knockout stage.

A lot has changed for @Aussie7s since their last #Dubai7s title in 2017, but this moment is hard to beat ????#HSBC7s pic.twitter.com/fAGdIoUyB4

“We’ve been working really hard since Tokyo, we were really disappointed with our results there,” Caslick said after the match.

“We took a lot away from that and I think it’s starting to show. We’re really clicking out there on the field and we love playing in Dubai. We always do really well here.

“Hopefully it’s a good omen for the rest of the season.”

The final win was Australia’s fifth of the tournament, with the closest match a 24-22 thriller against France in their final pool match. A missed conversion in the dying seconds from the Frenc handed the Aussies the win, and ensured top spot in their group and a place in the final.

The news wasn’t so good for the men’s team, however; a 35-21 win over Great Britain in the fifth-place final finishing off a campaign where their title chances were ended by a thumping quarter-final loss to eventual champions South Africa.

New Zealand coach Ian Foster said he is unsure what the future holds after his team's rousing win over the Springboks at Ellis Park.… 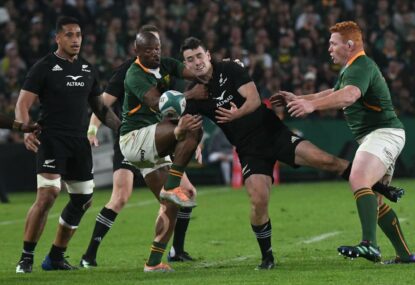 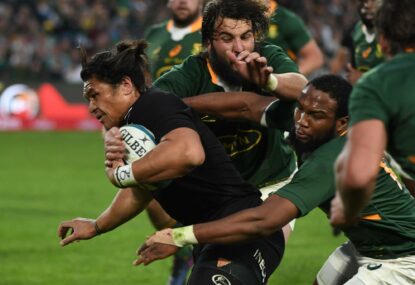