England paceman Stuart Broad, who could claim a 150th Test cap when the Ashes start on Wednesday, has warned fans not to expect vintage cricket from either side in the series.

Broad, returns to Brisbane – where he’s faced plenty of hostility in the past – and says he’s overcome his calf injury to be available for selection.

Broad, writing in the Daily Mail, pointed to the terrible preparation endured by both teams due to scheduling and bad weather in Brisbane and said “it is going to be a tall ask for fast bowlers to go back to back here in the circumstances we find ourselves in.”

That could also apply to the Australians. The hosts are likely to roll with Pat Cummins, Josh Hazlewood and Mitchell Starc as their pacemen in Brisbane with Michael Neser and Jhye Richardson ready to be rotated in.

“It’s unrealistic to think that the 22 players who go out there for this first Test will do so in great form and in truth all of us will be finding our feet in one sense or other,” wrote Broad.

“I saw Pat Cummins in the hotel lift the other day and he said he’s not had a full day in the field for 10 months. That’s a long time. It’s physically demanding and we are not going to be able to deliver unbelievable levels of skill for five days.

“Players will make mistakes and that makes things harder for the batters than the bowlers, in my opinion. If I bowl a ball that goes for four, I get another go immediately. The chance is there to grow through the innings. But if a batter makes a mistake first ball, then they’re gone.”

Broad added: “We can’t get away from the fact that we are probably the worst prepared England side to travel to Australia in the modern era: the rain has stuffed us out of sight, we have guys who have only faced eight balls in match conditions and bowlers who have only sent down 10 overs. 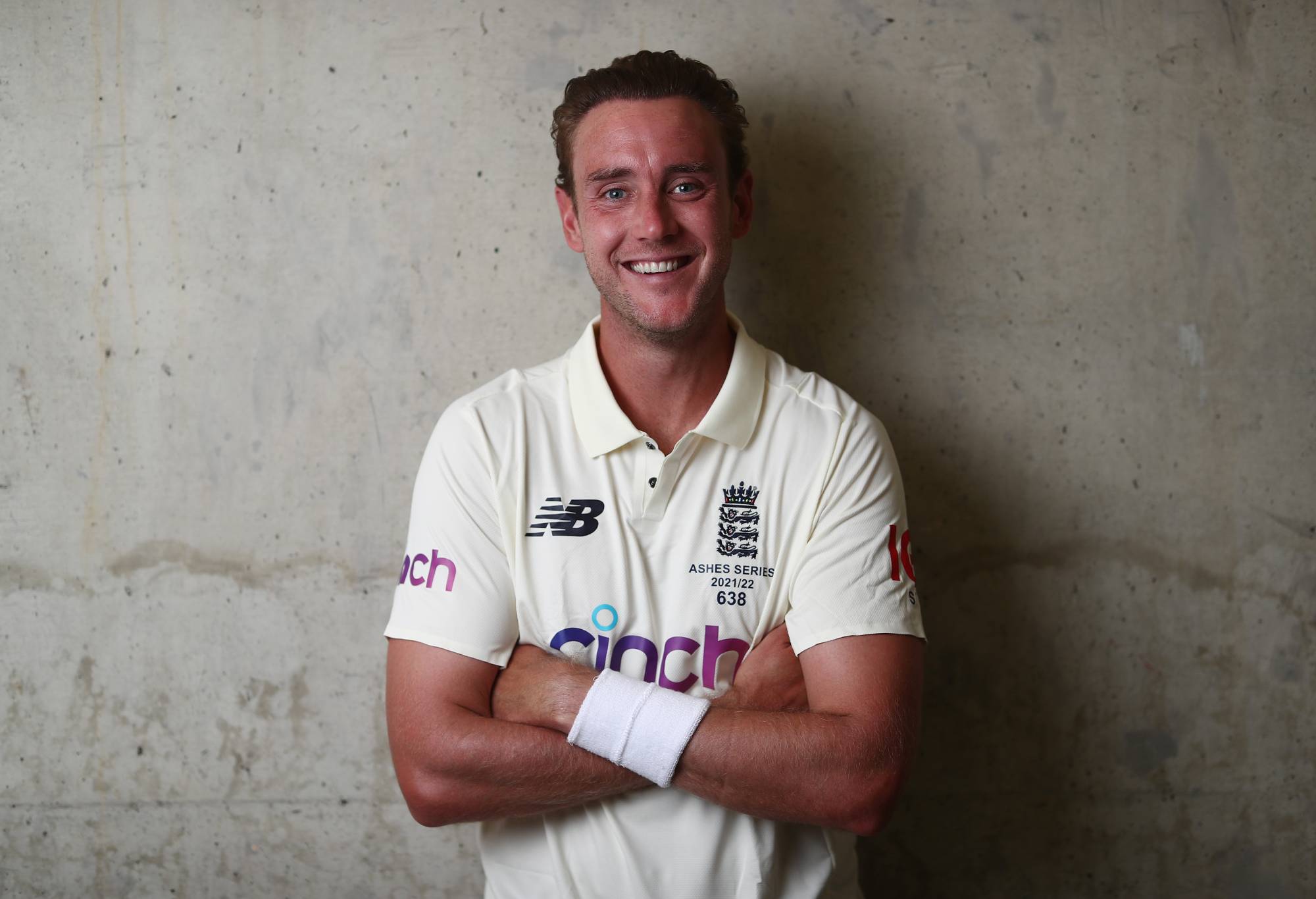 “Conversely, mentally we could be the freshest England side that’s ever been here and we know Ashes cricket is a mental game.”

Broad said the buildup had been strange considering the usual amount of hype and speculation around Test places was missing this time.

“Places would be under scrutiny, cricket dominating the front and back pages but there’s been none of that. It’s almost as if we’re not here, which is unique for an Ashes tour,” wrote Broad.

“But I reckon being under the radar is quite good for us. We’ve not built Brisbane up to be anything it’s not, not felt under huge pressure here. It’s positive that we’ve been able to do our preparation without too many distractions.

Now it is time to get our minds right. Wednesday will hit us like a train if we don’t get ourselves emotionally into the right place.”

Broad said he was keen to get his personal battle started with David Warner after dominating the Australian opener in England last series.

“I am in no doubt that I will have to bowl differently here to how I did to him when I had one over on him in English conditions in 2019,” Broad wrote.

“At home, I can bring the stumps into play by bowling a full length. In Australia, if you bowl that length you can leak a lot of runs so I will have to bowl slightly differently.

“Of course, if he gets a hundred at the start of the series, it releases any pressure he might feel under but if he sticks one in the hands of slip early, all the question marks will re-emerge.

“We are both performers who have been at this top level for a long time, and we look forward to playing against each other. You don’t stay at this level without looking forward to these type of challenges.”

Robinson, who was outed recently over historic racist and sexist Tweets, is happy to engage in verbals on the field as well as social media and joked he thought he could outdo the hosts.

“The Aussie chat is pretty horrendous if I’m honest, so not really,” he said. “I don’t think me as a person could keep my head down if I tried. I’m definitely going to be trying to get under their skins and try and unsettle them as it were, batters and bowlers really.

“If I can get them off their rhythm then we’re winning, so it’s something you’ll definitely see and hopefully we will come out on top.”

Robinson admitted he feared his career might have ended at one Test cap when his tweets from nine years ago where brought back into the public domian.

“I thought at one stage I wasn’t going to be playing for England again,” he told reporters this week.
“So, it’s been quite a rollercoaster over the last six to eight months and to be here and be with the team, it’s quite an emotional time for me.”

Cook, writing a column in The Times, got himself hot and bothered about the potential impact Stokes might have on this series.

“He should enjoy batting and bowling in Australia because the speed and bounce of the pitches will suit him on both fronts,” wrote Cook.

“If I were in the Aussie camp plotting his downfall, I am not sure I would have any great insight because he has no obvious weakness. Like any left-hander, he is liable to nicking off so their fast bowlers must be on and around his off stump. Nathan Lyon might be brought on to test him early on because he is a brilliant bowler against left-handers.

Cook said the big unknown was how match-ready physically and mentally Stokes is after his breaks for refreshment and injury.

“I don’t have the inside track on the circumstances which forced him to take indefinite leave in the summer. But I do know how the good times (the attention that followed his match-winning performances in the World Cup final and Headingley) as much as the bad times (bubble life, his father passing away, the finger injury) can catch up with you and be as mentally draining,” Cook wrote.

“I’d be more worried if I were Australia, however. Pat Cummins, Josh Hazlewood and Lyon, who were flayed to all corners of Leeds on that glorious Sunday afternoon in August 2019, will feature in this series and the memory of that day won’t have been wiped from their consciousness.”