'End of the Giteau Law and start of the Samu Law': Wallabies legend on new direction and WR award overhaul

Dupont is on a shortlist of four finalists with two Wallabies – Michael Hooper and Samu Kerevi – and England lock Maro Itoje.

The award will be decided by public vote, meaning it’s a lottery that gives all four a chance.

Horan, a 1999 World Cup winner, expressed surprise that no Springboks or All Blacks players made the shortlist and said it should be expanded in future.

“Dupont has been an absolute standout in World Rugby for the last two years and I don’t think it matters who else is on the shortlist, Dupont deserves it,” Horan told The Roar.

“But I’d have two All Blacks, one Springbok, maybe someone from Ireland. In future they need to have a top 10 with maybe two players from the top two countries and one from each of the others. That’s a better and fairer way to do it.”

Horan said Hooper deserved his place in the top four.

“Michael Hooper played in every game except the last one against Wales and he was in our top three players in every single Test,” Horan said.

“For me, Michael Hooper’s like Allan Border when he was captain of the Australian cricket team. The side was solid but not oustanding and Border was the stand out, scoring runs and showing leadership. 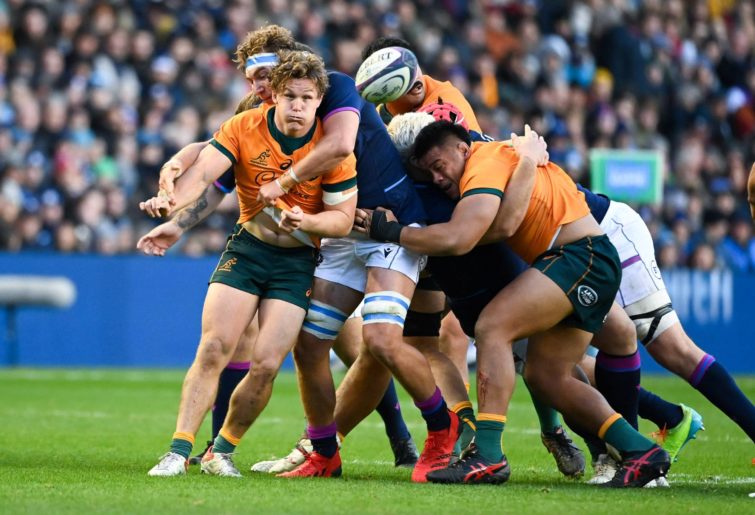 He said Kerevi was brilliant for three or four Test matches in a row but not going on the European tour would likely hurt his chances.

As far as those who missed out, Horan was surprised with the ommission of Springboks’ Eben Etzebeth and felt the All Blacks’ all round excellence may have cancelled each other out.

“I was really impressed with Will Jordan and Jordie Barrett this year with how they’ve come on,” Horan said.

“Jordie has been a bit in the shadow of his brother but his general play has been out and out class the last couple of years.”

Kerevi’s appearance on the shortlist is a telling reminder of the impact he can make going forward to the 2023 World Cup, and the fraility of his eligibility situation.

Horan believes that the Giteau Law, governing who is able to play for Australia while based overseas, could soon be known as the Samu Law.

“I think Daniel Herbert and Phil Waugh are close to presenting their thoughts to the Rugby Australia board,” said Horan of a current review.

“My personal thought is that everyone should be available but you’re not going to be guaranteed selection.

“It’s probably now going to be the end of the Giteau Law and the start of the Samu Law.”

“So it might be halved and that triggers eligibility and the second part is you’re only going to be selected after two or three options are gone in Australia,” Horan said.

He said Australia needs to find a balance with Kerevi to make the most of him while allowing him to enjoy his career in Japan.

“If he enjoys playing there and financially it’s a success for him it’s going to be hard to pull him away from there,” said Horan.

“The lure is obviously the World Cup and I think there’s a way to have Samu playing in the Test matches, although it might not be every single one of the 14 Test matches.

“But you want Samu playing at least 10 of those. The Japanese clubs are quite tight on them playing on that end of season tour but you want him for 10 of the 14 and I’m sure that can work if you work closely with the Japanese club.”