England’s hopes of regaining the Ashes are somewhere between slim and non-existent, bemoaned the travelling English press pack after another dramatic batting collapse handed victory to Australia in the first Test at the Gabba.

After feeling a tad more optimistic about salvaging the match after the 162-run day partnership between captain Joe Root and Dawid Malan late on day three, the scribes were left in despair after England meekly threw away their last eight wickets for 77 runs in the morning session on day four, to gift a nine-wicket victory to the Australians.

Root’s men head to Adelaide for the second Test, a day-nighter, needing to halt the Australian momentum with the series on the line.

“Why are we so bloody stupid? We make it extra difficult before we even start the series,” Boycott raged in The Telegraph.

“Face up to the fact that England made mistakes which didn’t help our team. For a start, your batsmen and bowlers looked underdone and should have had three or four competitive matches before the series.

“The planning was all wrong.”

It’s already do-or-die time for England as they reassess their team strategy and planning this week, ahead of a crunch Test under lights at the Adelaide Oval beginning Thursday.

“Joe Root flies to Adelaide with his lifetime ambition of becoming an Ashes winning England captain on the line,” The Telegraph’s Nick Hoult declared.

“Only Len Hutton [in 1954-55] has managed to lead an England team to victory in Australia after losing in Brisbane, which is a gloomy thought given it happened 67 years ago, but perhaps there is hope too given Root’s line of succession as a Yorkshire great.

“Recent history also tells us that if Australia win in Adelaide – where they skittled India for 36 last year – their momentum will be unstoppable. Lose there and it is over.” 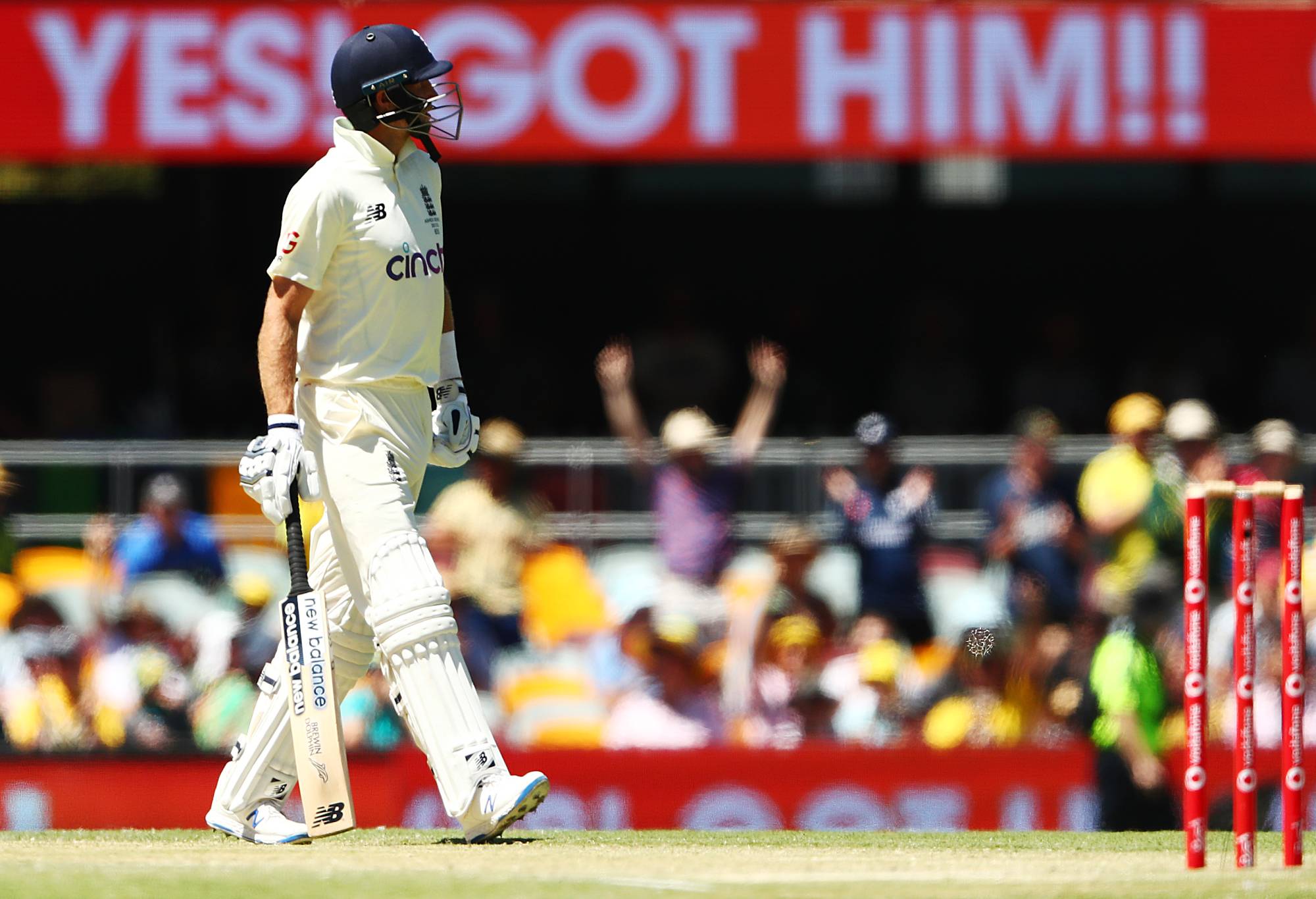 It wasn’t completely doom and gloom, with The Guardian’s Ali Martin pointing out that England had plenty of opportunities to gain a foothold in the match; but his analysis was all the more damning because of that.

“This will be a match that leaves plenty of regret for England to stew over during the next four days,” Martin wrote
.
“Even considering their meltdown on that electric opening day, rolled for 147 inside two sessions after Mitchell Starc bullseyed Rory Burns’ leg stump first ball, and the squandering of the best bowling conditions at the toss, England carved out openings that could have set up a first innings versus fourth innings contest.”

An underdone Ben Stokes was another burning topic for England press analysis, with even his further selection under the microscope.

“Ben Stokes’ dismal figures at the Gabba spoke less of mere misfortune than of a player who remains anything but match-fit,” The Telegraph’s Oliver Brown observed.

“He scored a total of 19 runs, took no wickets for 65, produced four consecutive no-balls, and had to be treated for cramp after bowling just 18 overs in sporadic spells.

“This is not the athlete who reached a state of all-conquering splendour in 2019, but one who looks as if he is being held together with duct tape.

“England are discovering the hard way that no single player can transform an Ashes series in Australia through reputation alone. England appear to be picking him less out of any conviction that he is the answer than out of fear of a PR calamity if they did otherwise.” 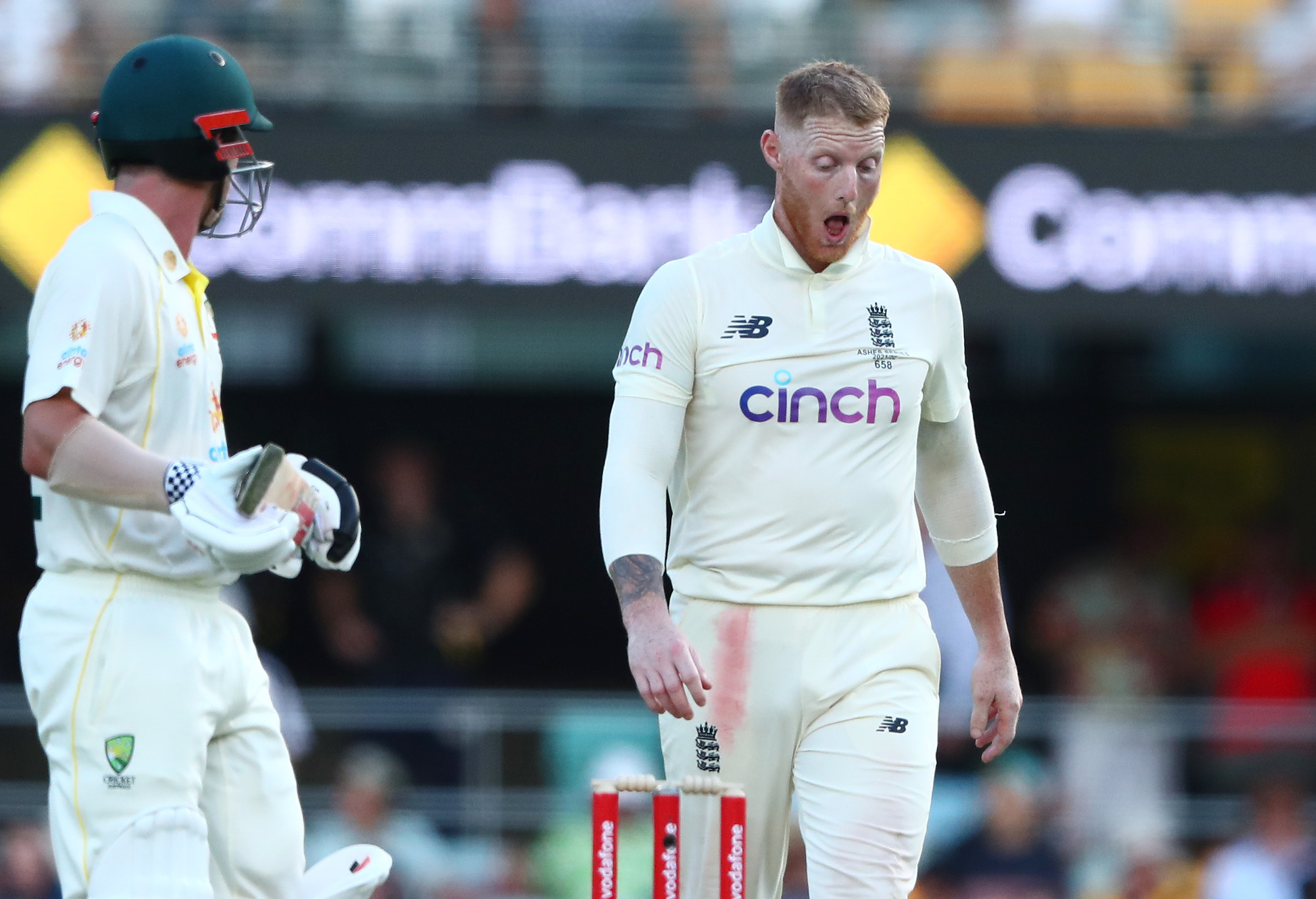 “England made bad decisions by leaving out Stuart Broad and Jimmy Anderson and deciding to bat after winning the toss,” he said.

“And once the game started, they were outplayed.”

Lawrence Booth, writing in the Daily Mail, said the fourth day was an ‘unmitigated letdown’ for England and its supporters.

“It was not to be. Presented with the chance to make Australia’s lives uncomfortable on the fourth day of the first Ashes Test, England slipped weakly to a nine-wicket defeat,” Booth wrote.

“Predictable enough after the events of the first two days, but an unmitigated letdown after their fightback on the third.

“Perhaps it was too much to expect the resistance shown by Joe Root and Dawid Malan the previous afternoon to translate into a miracle. After all, England’s first-innings ineptitude had left them with a deficit of 278 – and you don’t win many Tests in Australia from there.

“But there was a lack of intent on the fourth morning that couldn’t simply be explained by the renewed excellence of the Australians… the gap between the teams widened once more.”

Former England skipper Mike Atherton, under the ominous heading ‘England’s mauling at the Gabbatoir could be start of a long winter’ in The Times, surmised: “It was a mauling.

“In the face of significant disadvantages — effectively they were playing a Test match as a preparation for a Test series, so undercooked were they — England were game, but not good enough.

“Batting first was a mistake. Batting badly was a more costly mistake. Time and again, England’s batting line-up underwhelms and Root himself can only carry so much weight.”

The Telegraph’s Scyld Berry said he was clutching at straws, but “only once in the last hundred years – since 1912 in fact – have England come back to win an Ashes series in Australia after losing the first Test.

“The last time England bounced back thus was in 1954-5, so long ago that it may seem irrelevant. Yet there are a few parallels, and one in particular is instructive.

“Then and now England were captained by a Yorkshireman who was the master-batsman of his generation. Len Hutton in 1954-5 was, and Joe Root is, on his third tour of Australia.

“For both of them, an overwhelming defeat in the first Test in Brisbane has been piled on top of their two previous tours of Australia when they saw England blown away by the Australian fast bowlers.”

The BBC’s Stephan Shemilt starkly noted England have now lost 10 of their past 11 Tests in Australia and won only one of 10 matches since they beat India in the first Test in February.