FLEM'S VERDICT: Scary thing for England is Pat will get even better and the job he did on Crawley was pure gold

Captain Cummins is the real deal and he’s back. The bad news for England is Pat Cummins is already one of the best bowlers on the planet and he’s on track to get even better.

After having to sit out the last Test through no fault of his own, he won the toss and backed it up and that’s a great asset for a team to have – a captain who can read the conditions and do the deed with ball in hand.

Cummins is the most accurate fast bowler in the world and his lines were phenomenal as always around third, fourth and fifth stump.

What I saw today was real maturity. He doesn’t often hit the stumps a lot, doesn’t get a lot of LBWs because he bangs short of a length and just makes it really tough for batters to score.

Today on a green pitch, he bowled fuller and got the batters playing when they didn’t want to. He swung and seamed the ball and he ripped England’s innings open with those three early wickets.

He doesn’t get cut or pulled by the batters because they’re worried about the extra pace and bounce.

His stock length at the Gabba was 7.6 metres but today he moved up another metre and that can mean everything in these conditions.

England’s new opener Zak Crawley was worked over beautifully by Cummins in some Bowlology gold.

He trained him to drive by pitching a few up and it led to his dismissal. He bowls one more in his stock short length that was quicker and bouncier and he got squared up – that was a brilliant dismissal.

People were wondering what was Crawley doing but he just got done over.

He hasn’t missed a Test with injury for a long time, he gets the big wickets and unselfishly he didn’t bring himself back on at the end to get a five-for.

We’ve seen with a lot of batters over the years who go to another level when they get the captaincy and fast bowlers have done the same, statistically, like Imran Khan, Shaun Pollock, Courtney Walsh and Bob Willis.

There’s a lot more involved in captaincy – it’s how you galvanise a team, it’s tactically how you lead them, how you inspire them.

The scary thing for the world was he was already averaging 21 with the ball – if he drops that down to 19 he’s getting into uncharted territory. There’s no hostile fast bowler who’s ever averaged that low with the ball.

He looks energised in the field with good lieutenants like Steve Smith, David Warner and Alex Carey plus he’s got his fast bowling cartel comrade Josh Hazlewood ready to come back in the next Test.

I was really happy for Scott Boland to get his baggy green cap today, the second Indigenous male Test cricketer after Jason Gillespie. He’s a really admired paceman among his peers and he’s been mentoring a lot of the younger Victorian quicks but today was his day.

All his 10 years of first-class experience led to him getting his call-up – I was so happy he got a wicket as a Victorian on Boxing Day, given out by a Victorian in Paul Reiffel and it was the correct call too. 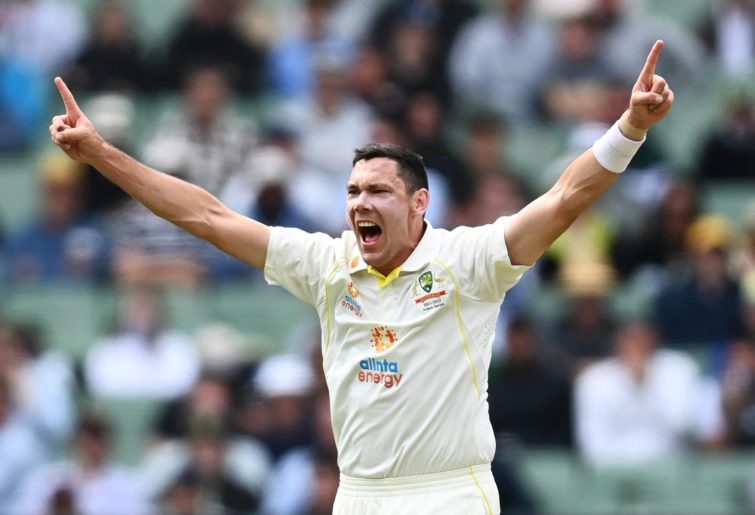 Then there’s Cameron Green chiming into the attack. There’s an awesome quality about the way he’s bowling – Carey’s taking the ball very high with the gloves when Green’s on. The pitch looks shorter when he’s bowling and he’s got a real fast bowler’s mentality.

That was an incredible spell again from him and he thoroughly deserved the wicket of Ben Stokes again.

Unfortunately for England there was some really poor shot selection, particularly Stokes and Jos Buttler, especially for him after such a courageous, rearguard defensive effort in Adelaide.

You felt that he’d learned something and was about to go through a nice period of his Test career but he undid all the hard work there. To think he couldn’t just block a couple of balls to get to the tea break is unfathomable.

Stokes was either blocking or trying to hit fours, there was nothing in between. He was walking at the bowlers but he’s not trusting himself to bat long periods and wait for the bad ball.

To tick off the final box for Australia now is we need Marcus Harris to kick on now on day two and make a big score to secure that opening position.

Can this be the day for Harris to post three figures on his home ground so for Australia that means we will have no question marks in the team and we’ll have a good squad for the future?.

We’ve seen there’s remarkable depth in the bowling with Boland bowling so well after Jhye Richardson and Michael Neser’s efforts in Adelaide.

We want to get to a stage where there’s four or five batters who are unlucky not to be in the team but we’re not there yet.