Our fast bowling depth was again on show, with Scott Boland coming in and performing well. Australia’s batters have got enough strength all round to keep the English bowlers at bay.

But their batting order is so outclassed, apart from Joe Root. They’ve got guys batting to save their spots, or who have come to get a position by default because there’s no one else.

Their Test batting averages are all around 30 or under for the past couple of years. When you’re up against Pat Cummins, Mitch Starc, Nathan Lyon and co., it’s nothing short of a mismatch.

There’s such a big burden on Root. Unless Ben Stokes and Jonny Bairstow can bat deep with him the Aussies will finish with a crushing victory on day three.

They made their white-ball teams a focus after the 2015 World Cup; the good news for them was that they dominated short form cricket for a couple of years and won the next World Cup… just.

But has that been at the expense of their red-ball cricket. They could have picked a few other batters for this tour that they’ve tried in Test cricket the last few years, like Dom Sibley, James Vince and Jason Roy, but they would have had the same result.

Hat-trick balls don't get much closer than that! ????

Mitch Starc on fire and the MCG has erupted! #Ashes pic.twitter.com/lVniO4V0k1

Day two was a quite exciting day – England could have fallen away but they showed resilience to get back into the game, but that got eroded later on.

The pitch was excellent with pace and bounce. You could still score runs but you had that feeling that there was a ball out there with your name on it if you just tried to survive without attempting to score.

Jimmy Anderson led the way with the ball for England, and I thought Wood could have had better figures than his 2-64.

What a wonder old Jimmy is at 39 years of age. He bowled too short in Adelaide but he pitched it up here in Melbourne and got results – he was unlucky to finish one shy of a five-for. 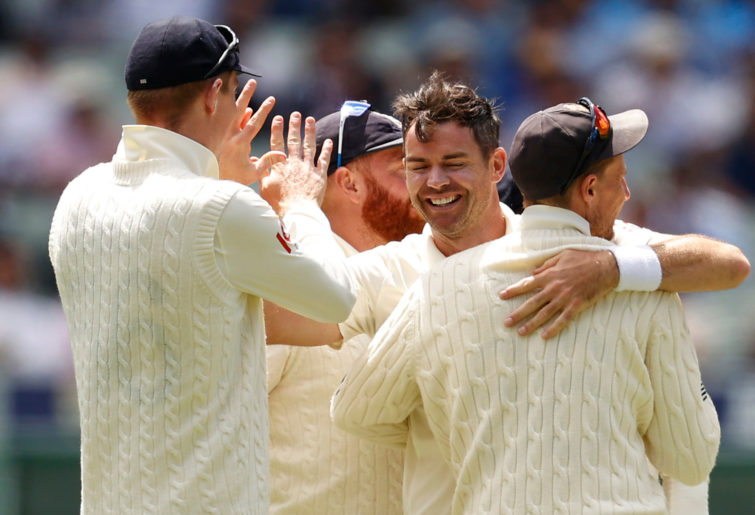 His run-up reminds me of the great Sir Richard Hadlee, it’s so well-grooved and the action is smooth.

Wood has got X-factor. He can be a gun for them – but are they seriously going to be able to score enough runs to compete in world cricket?

I can’t believe Root opened the second session with Jack Leach bowling, plus they had defensive fielding positions for too long – what were they trying to do in this game? Saving runs shouldn’t have been the primary focus when they needed wickets desperately.

The Australian bowlers had a look in their eye in that tricky little session before stumps.

Mitchell Starc was sensational, bowling with a scrambled seam. He has upskilled after last summer when he wasn’t swinging the ball, wasn’t accurate enough and wasn’t building pressure against India.

He’s shown he’s not a one-trick pony – he can still be a dominant Test player even when the ball’s not swinging. He’s not just a new-ball bowler.

Mitch’s release looks a bit higher, getting bounce and using the angle that a lot of left-armers do, getting batters nicking, which hasn’t always been a strength of Starc; but has been more and more as this series goes along.

The only negative for the day was we wanted Marcus Harris to get a hundred to sew up his spot. 76 was good but he needs to convert the half-centuries into triple figures.

Boland is gonna have a pretty big day on Tuesday. He’s come from nowhere to wear the baggy green and his teammates are going to make it even more memorable for him by punching out Underneath the Southern Cross I Stand in the afternoon!