The Melbourne Stars have confirmed three more positive COVID-19 cases as support grows for the virus-stricken BBL to relocate to a single city or state.

The Stars’ clash with Perth Scorchers is still set to take place in Melbourne on Sunday, despite the fact ten players and eight support staff have now contracted COVID-19.

The three players who tested positive are isolating for seven days, with the Stars to finalise their squad on Sunday morning.

A positive COVID test for a member of the Melbourne Stars’ support staff forced the postponement of their game last Thursday against Perth Scorchers at Marvel Stadium.

The widespread cases have led to calls for the competition to centralise in an attempt to stay ahead of the surge.

A NewsCorp report on Saturday claimed Cricket Australia was canvassing the possibility of moving the six non-Victorian franchises to Melbourne for the last two weeks of the regular season.

Venues in Victoria that potentially could be used are the MCG, Marvel Stadium, St Kilda’s CitiPower Centre Ground and Geelong’s GMHBA Stadium. 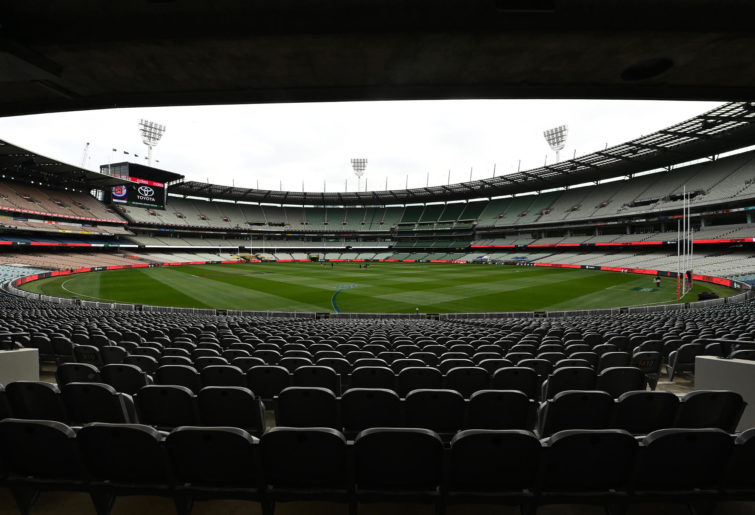 The report said one potential hurdle could be existing contracts with other venues including the Adelaide Oval, the Gabba, the SCG and Sydney Showground and that tickets had already been sold for games in January.

Players and pundits on Saturday were supportive of the idea of relocating teams and having the competition based in one area.

Brisbane Heat captain Jimmy Peirson had no qualms about potentially relocating to Victoria in order to keep the competition going.

“Some form of hub or bubble similar to last year where we can maintain a relative amount of safety and make sure cricket gets played.

“It is just one of those things as players we need to be ready for.”

“What we’ve seen with the Stars and we were lucky to get game last night with the Thunder, it makes for common sense to have everyone in the same spot,” Haddin said.

His view was shared by Hussey.

“I think common sense would suggest bringing the whole competition to one city and I think it’s Melbourne,” Hussey said.

“There are four really good grounds here in Melbourne… That way it gives you flexibility with the schedule.

“That way, if there is a team that has a few cases and that has to sit out, then you can chop and change the schedule.”