“I have always wanted to play AFL at the elite level,” says Smith.

But when Smith was growing up, AFL was a sport associated with men and at that point, only men were competing at the elite level.

“I told my parents that even if I had to become Prime Minister to change the rules so I could play AFL, then I would do it,” she says.

“I was young and didn’t know quite know what becoming Prime Minister of Australia meant.”

Like many of the current crop of AFLW players, Smith grew up during a time when young women who aspired to play AFL only had male athletes to aspire to.

“Growing up, the male players were my heroes,” she says.

“My brother was my hero too and he played AFL and I followed in his footsteps.

“I was lucky to have had some elite pathways when I was 12 years old; I played with Izzy Huntington and I also knew Meg Hutchins, so when I came into the women’s space I had a couple of role models.

“But it’s not like the girls coming through now where they see the AFLW on television, on social media and just everywhere.” 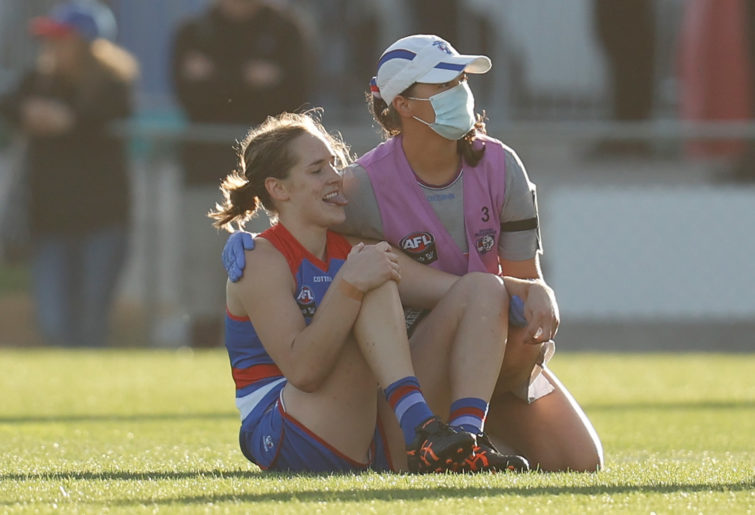 Importantly though, the AFLW isn’t just changing the game for the next generation of women.

“It’s not just little girls that we see in the crowd,” says Smith.

“Young boys are coming down, entire families coming to support the competition.

“It’s awesome that footy is a game for everyone and that that is becoming so normal.”

Smith currently plays for GWS, who opened their AFLW campaign with a 15-point win over the Gold Coast on Sunday.

After Bec Beeson from the Giants scored the first goal of the match, the opening half of the game was a tight tussle, with the Sydneysiders trailing at halftime by just one point.

But following halftime GWS asserted their dominance and a Cora Staunton goal in the fourth quarter sealed the win.

Smith herself scored a goal in the second term.

“It was a fantastic feeling,” says Smith.

“But it was dead in front so it would have been a bit embarrassing if I had missed.

“It was good to help the forward line and score one for the team.”

But while what is happening on the field is extremely important and many have commented on the improved quality of football in the opening round, for so many AFLW players it is about more.

“There are so many amazing people in the AFLW who have different lives and are on different paths,” says Smith.

Smith highlighted women like Daisy Pearce who plays so many roles; that of an elite footballer, a football commentator, a midwife and a mother.

Or Darcy Vescio, who recently came out as non-binary.

“Darcy was extremely vulnerable and we are all proud of them and they know we love them and have their back,” says Smith.

“Anyone who uses their platform to change the world is awesome and so many of our players do that.

“The AFLW is a competition that allows everyone to be themselves; we’re not just athletes and there’s something really special about that.” 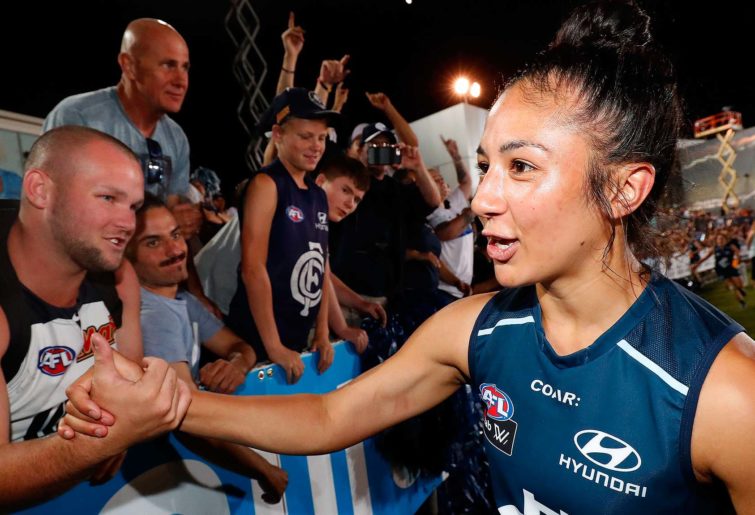 Smith herself has overcome injury to continue playing at the elite level. Following a torn ACL in 2020 which saw her miss the entire 2020 season, she joined the Giants for a pandemic-disrupted 2021.

While Smith isn’t ‘grateful’ that she tore her ACL nor does she wish injury upon any player, it was a defining moment in her career.

“I don’t want to say the injury was the best thing that ever happened to me, because there were a lot of down days, but it did give me the opportunity to get my body in a better position athletically,” she says.

“It’s a hard injury, but I try to look for positives and the way I have improved since that injury is because of my rehab and the intense focus I had on my knee during that period.”

The Giants’ next game is this Sunday, against the Fremantle Dockers at Whitten Oval. 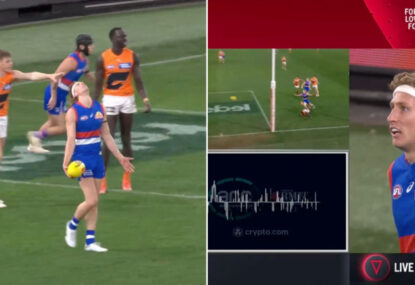 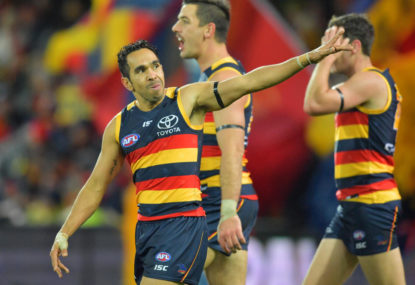 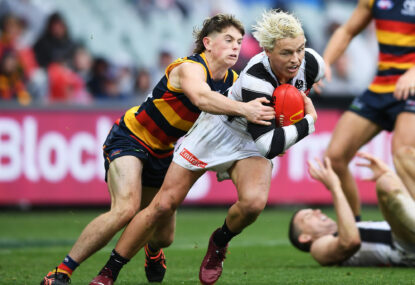