Many of us would really prefer to be in the south of Spain enjoying tapas, the sounds of flamenco and some rugby. Instead, it will just be following the Australian sevens teams from afar.

What has happened since Dubai? The coaches have been swapped for who knows what reason. You have to feel for John Manenti who had finally transitioned the women’s squad, got results and it is then given to Tim Walsh.

Unfortunately gun player Vani Pelite seems to have left the sevens program and joined the Gold Coast Titans NRLW team. Noting again Rugby AU has not come out with any comment or thanks for her outstanding service.

But on a positive PR perspective for rugby the Newscorp papers came out with a Top 20 Australian female athletes of 2021 that included Charlotte Caslick.

Then Madison Levi, a newbie to the squad from AFLW, was included in Australia’s 20 best young sports stars under 20 years-old list. It continues to be intriguing that Rugby AU doesn’t leverage the investment and profile of the women’s sevens players.

With the ongoing funding from the government especially for women’s sevens, it is surprising Rugby AU doesn’t promote them far and wide, especially at this time before Super Rugby commences. You can bet if the sevens program was part of the AFL or NRL as it has an international aspect they would be heavily promoting them.

On a non-sevens related topic it was great to see finally the Wallaroos have gone into a training camp on the Gold Coast.

Apologies, going off track on some issues that can be addressed another time.

Back to the actual sevens rugby.

Firstly, It is just great both squads can travel over and play, so well done Rugby AU.

Unfortunately covid has caused some significant disruptions. The New Zealand teams have had to withdraw due to New Zealand quarantine issues, Fiji has withdrawn from at least the first Spanish leg as covid has hit some of the players.

Also on the men’s side Samoa continue to be unable to compete in the World Series. Based on this South Africa and Australia should be strong favourites to repeat their Dubai results.

The men’s pool was a real challenge as it did include New Zealand but they have been replaced by Germany. So now it is Japan, Ireland and Germany, so they should really top their pool.

The women have a reasonably straight forward draw with a pool including Spain, Ireland and Belgium. (Yes Belgium).

The women’s squad for the first time in a very long time will not have Sharni Williams who has been synonymous with the sevens squad for ten years and out of the squad is Rhiannon Byers.

In both cases it is some form of unavailability or injury issue. The loss of Williams will have a significant impact on the experience depth and potentially the on-field calmness of the squad.

Not sure who will fill that void, probably up to captain Demi Hayes and to a degree Charlotte Caslick but as she has admitted at times she does do a bit of yelling on-field.

The youngsters will want to again put on a show in Spain after the back-to-back tournament wins in Dubai. Hopefully there is not too much over confidence and Tim Walsh does not try to change how they play. They have learnt how to play against the bigger more physical teams such as the USA, France and Fiji.

They are off loading more as they go into contact, so less need to battle in the ruck. In addition Caslick after so many years of successful combinations with Emilee Cherry and Alicia Lucas is building a better combination with Madison Ashby and Tia Hinds.

When you look at the squad it is incredibly young with Faith Nathan, Madison Ashby, Maddison Levi, Alysia Lefau-Fakaosilea and Lily Dick. With Williams out it will be interesting to see who steps up as she brings so much value to the team in attack, defence, kicks goals and the restarts.

As for the men, the second leg of the Dubai tournaments saw them exceed expectations with a silver medal, going down in the final to the all-conquering South Africa.

The Spain squad has had a couple of changes as Billy Meakes is back in LA and captain Nick Malouf is getting married, which is a loss of a lot of experience. So three debutants have been included the old head of Kirisi Kuridrani, with youngsters Darby Lancaster and Nathan Lawson (both of whom went to the Olympics).

This squad will be captained by Henry Hutchinson with Maurice Longbottom and Josh Turner bringing the needed experience. Hopefully the fearlessness of youth from Dietrich Roache, Corey Toole and Ben Dowling can help them repeat their Dubai feats. 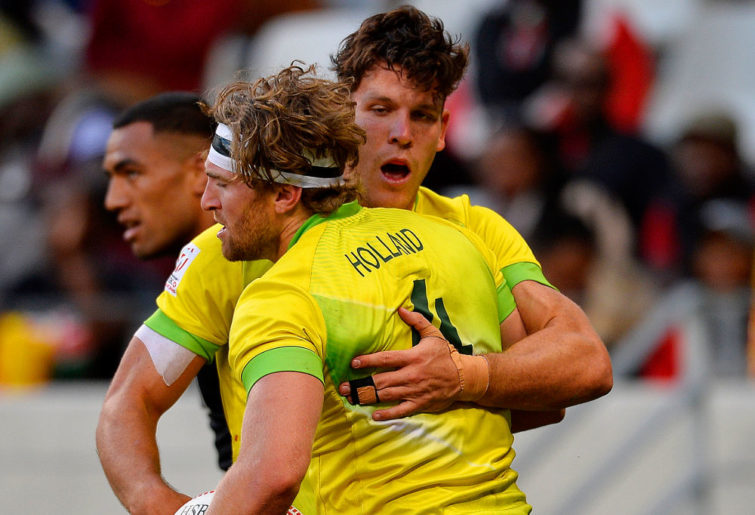 While there has not been any confirmation at this stage it is assumed games will be streamed again on World Rugby’s website and youtube again.