'It looks like a mess': Tuivasa-Sheck delivers brutally honest judgement on transition from NRL to rugby

High profile Kiwi rugby union convert Roger Tuivasa-Sheck has spoken candidly about the challenges he’s faced to prepare for his much anticipated Super Rugby debut for the Blues.

RTS missed the opportunity to hone his union skills due to the impact COVID has had on the NPC competition in New Zealand, and a trial match against the Hurricanes on Saturday will be his first footy match since his NRL farewell for the Warriors on July 18.

The 28-year-old was in upbeat form as he spoke to media on Thursday, charming Kiwi writers with his enthusiasm for the task ahead – and use of the word ‘discombobulating’ as he aims to make a hit of wearing the Blues No.12 jersey.

RTS revealed he had been doing private training sessions with All Black Caleb Clarke, saying “I saw on Insta he was training and reached out. I’ve learned a lot”.

Another dual code Kiwi star Sonny Bill Williams says “for me, it’s not a case of will he make it to the All Blacks or will he thrive in the game of 15, it’s a question of how long it’ll take”.

“We’ve got to remember that he grew up as a rugby player and league boys poached him from the game of rugby and brought him across, so he shouldn’t have too much problems transitioning back.” 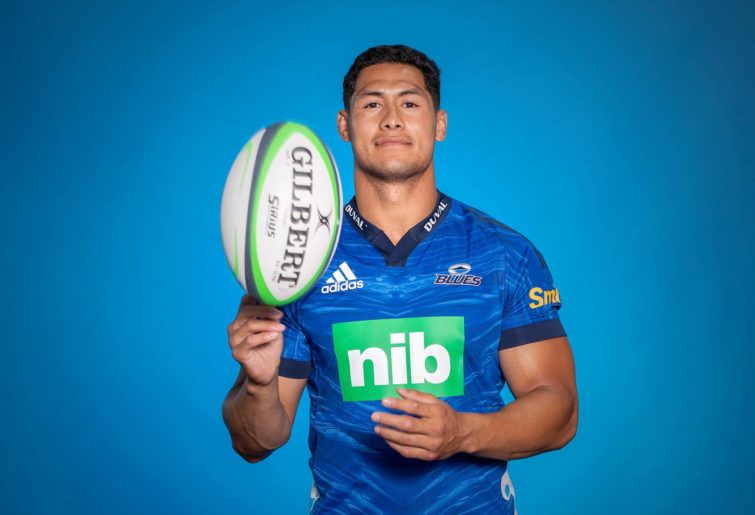 But RTS isn’t getting ahead of himself.

“It’s too early,” he said when asked if he felt like a rugby player yet.

“I keep telling myself it’s not until I lace up and run out in the colours it’s going to feel official. At the moment I feel like a rookie and I’m learning with everyone around me.

“It’s a tough gig because one week I feel, ‘OK, I’m starting to get it’, then the next I’m out of position. You’ve got to keep learning as you go. And creating the connections around me. As a midfielder you’ve got to connect with the guys inside and out, and I’ve got to constantly adapt.”

Tuivasa-Sheck was happy to go into depth on his learnings.

“What’s still discombobulating to me is the constant change in pictures,” he said.

“In high school, if someone was in front, OK, you attack that guy. [Now] when you look back up it’s a whole new picture. The level has gone up, and with a lot of changing pictures.

“When I’m watching from afar, you know there’s a ruck there, but to me it looks like a mess, just boys smashing in. But there’s actually some key factors and technique stuff they try to do in there – those are the little things I’m trying to learn.”

The Kiwi rugby league icon said he had also been working on changing his body mass – he wants to play around the 99kg mark, 5kg heavier than when he was in the NRL.

“There are a lot of cheetahs out there and a few hippopotamuses – so I’ve got to adapt to different shapes,” he said.

Blues coach Leon MacDonald was at the same media conference and said he was just as eager as RTS for his rugby career to “go live”.

“That’s when you really know what you need to work on,” said MacDonald.

“That’s the exciting opportunity that’s coming up in the next week or so for Roger.

“There’s only so many times you can run around against your mates. He’s built some good relationships and combinations. He understands his role really well and loves the physicality of the midfield.

“There’s no big red flags around his game. The contact area – your body height has to be lower in union and the entry to the breakdown but they’re things he’s working at every day. He’s got to the point where he’s no different to any of our other players who get it wrong from time to time.”

RTS is eager to hit the ground running.

“Just trying to get my role right, to be in the right position to add value to the players around me, and not be a barrier so I’m stopping plays because I’m in the wrong position,” he said of his self expectations.

“It’s just head down, go to work, and make myself official – earn the coaches’ respect by getting that jersey to play in a Super game.”