The mixed martial arts veteran has competed at an international level for top combat organisations including K-1 Grand Prix in Japan, World Submission Championships in Abu Dhabi and Cage Rage in the UK.

He is best know for his time in the Ultimate Fighting Championship in the United States.

Known as ‘The King of Rock n’ Rumble’, Sinosic has trained in many styles of martial arts over the years, including Muay Thai, Brazilian jujutsu, taekwondo, jujutsu, boxing, kickboxing and judo, to name a few.

Could Sinosic be up for his biggest challenge on April 2 at St Mary’s Leagues Club as he steps into the pro wrestling ring for the very first time to take on All-Star tag team champion and veteran Falco?

All-Star Wrestling promoter Mitch Christian commented on how Sinosic first got involved with ASW and what the fans can expect from him on April 2.

“Elvis is a wrestling fan from the 80s with his father,” he said. “He grew up watching Ricky Steamboat, who was his favourite wrestler, and always wanted to take part, but of course the MMA/UFC career happened.

“He caught wind of what we were doing at All-Star Wrestling and wanted to get involved. He said he wanted to wrestle, which wasn’t too much of a surprise given the fact he’s a professional athlete.

“I think people are going to be surprised. Elvis already had a really good professional wrestling base because of his MMA career and is in phenomenal shape. He has been training with Keegan Brettle, the current All-Star champion, and Luke Watts to get ready for an in-ring debut.” 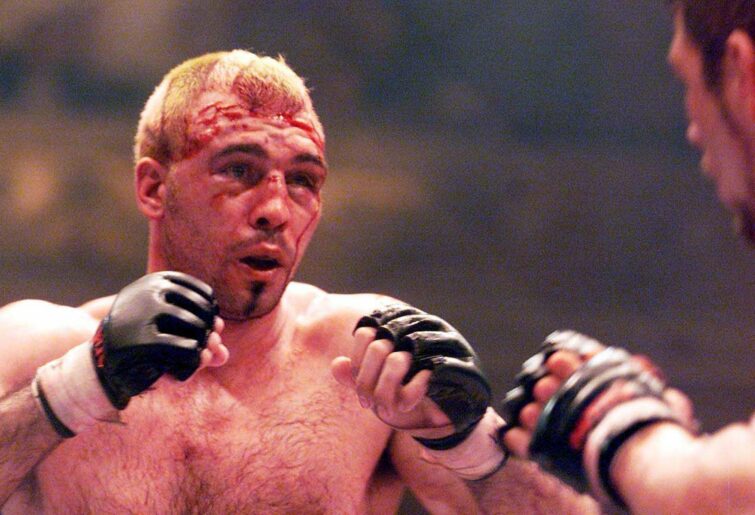 In typical pro wrestling fashion the match would not be set up without a storyline.

The story goes back to earlier this year on January 22 when Sinosic made his first appearance for All-Star, signing an official wrestler contract in the ring in front of the live audience.

From that point on the roster was put on notice and an unofficial open challenge was put out there.

Falco decided to confront Sinosic at All-Star Wrestling’s second event of the year at the Padstow RSL.

An Aussie wrestling veteran in his own right and current All-Star Wrestling tag team champion, Falco was very direct when first confronted with the former Australian MMA champion.

“Nobody came here tonight to see you, nobody cares that you’re from the UFC,” he said. “I’m going to give you a warning: get out of the pro wrestling ring, go back to the UFC or wherever it is you came from and get out of my business.”

Falco went on to question why Sinosic was really at All-Star Wrestling.

“Why don’t you tell everybody why you’re really here?”

Elvis went on to state that he is here for the fans.

Sinosic responded with one simple statement to the fans: “Who wants me to kick his arse? April 2 I will see you all there.”

A push and shove took place in the middle of ring before Falco backed off and exited.