Five rounds into the Super Rugby Pacific season, with all the theoretical Wallabies squad selection that have already been going on for the first month only going to ramp up, comes the formal announcement of the first official squad of the year.

Wallabies coach Dave Rennie named his first group of 40 players for a three-day camp on the Gold Coast early next week, in which they’ll get a lot of logistics (suit fittings, profile pics, training kit, etc.) out of the way, go over a lot of video and analysis of game trends and how they want to play in 2022, and definitely do no field work of any significance.

And that final point is worth remembering in the context of Rennie’s thoughts I referred to last week, and his reminder to all and sundry that this time of year is the domain of the state coaches, not the Wallabies.

So, the allowance to the states in return for their hospitality is an assurance that any fieldwork next week won’t reach even the lofty heights of ‘captain’s run’ in terms of intensity. Questions will be asked if anyone returns to their Super Rugby squad with so much as a paper cut.

As for the 40 selected, well, there really weren’t any great surprises, were there?

The vast majority have been named for their form across the opening month of the competition, and especially the uncapped players.

Yes, perhaps there are a few unlucky omissions, but I’d argue you can look at those one of two ways.

First of all, who are you going to leave out?

And in all honesty, this official naming of a training camp squad at this time of year is only a fairly recent thing. A quick hunt around online can see references to a few gatherings in January, March and May 2019 ahead of the Rugby World Cup, but that’s about it.

That’s not to say they didn’t happen, because they definitely did. They just weren’t particularly formal and I can’t really recall them even being announced. They just sort of… happened.

But now we are announcing them, and I have to admit I’m having trouble attaching any great meaning to it all.

The only surprise around Matt To’omua being left out was the “To’omua shock axing from Wallabies squad” headline that floated around soon after. The second Bledisloe Test in mid-August was To’omua’s last appearance in 2021, and another nine Tests were played without him as he battled injury and concussion issues. 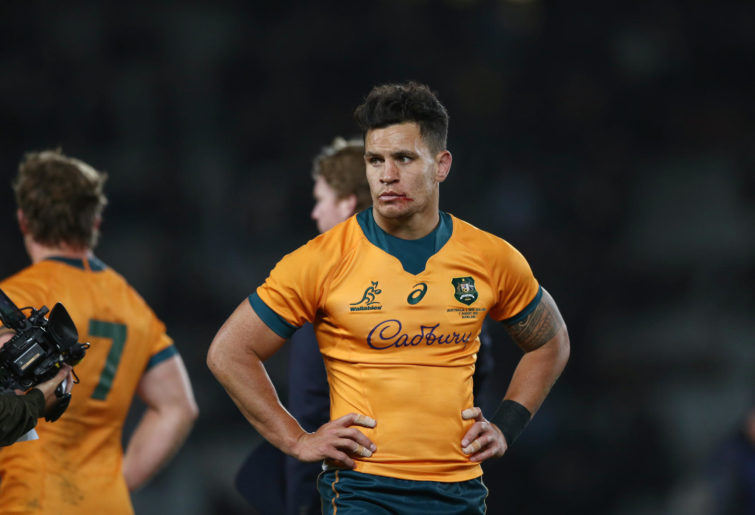 The form of the Melbourne Rebels currently means the bigger shock would have been if To’omua was selected.

“He’s a  really good man, very experienced player, playing a fair bit of 10 but we see him more as a 12 and we have a lot of midfielders who are going really well,” Rennie said, underlining this point.

“His job is to put a bit of pressure on us through performance over the next ten weeks.”

The positional comment is an interesting one though, again going back to last week’s discussion in which I quoted Rennie from the week before the Super Rugby season started.

“We’re not coming in saying how to play, or who to play,” he said at the time.

The indifferent start to the year of Carter Gordon and the Rebels’ general lack of go-forward means that they currently need To’omua to play 10, and building a case for a Wallabies recall is not as high a priority for To’omua as changing the Rebels’ fortunes just at the moment. In fact, fixing the latter will almost certainly help the former.

But it’s interesting that after the Wallabies staff were keen over the summer for Jordon Petaia to shift to fullback, Rennie would now be saying of uncapped inclusion Jock Campbell, “I believe his best position is 15”.

It’s great for Fraser McReight and Harry Wilson to know that their hard work over the off-season has paid off, and that they’re seemingly back in the national frame, but they would know full well it won’t mean anything until the next squad gets picked for the Cook Cup series in a few months’ time. 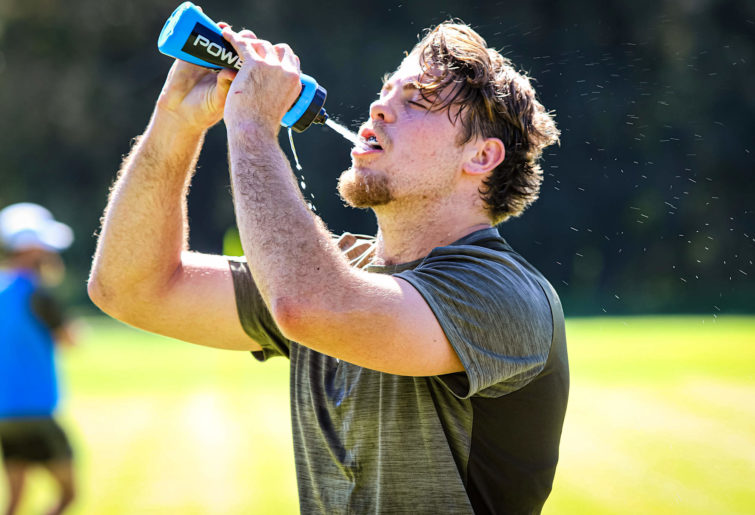 It would be the same strange feeling for locks Nick Frost and Jed Holloway. Both thoroughly deserve the recognition, and there’s a pretty strong argument that they make up the form second-row pairing in Australia. But just how excited can they really get?

Why wasn’t Seru Uru picked, they asked? What about Will Harris and Irae Simone and Andy Muirhead and Feao Fotuaika and Liam Wright?

Well, again, who are you going to leave out?

From a training camp? In April?

What this squad announcement has done is ensure that theoretical Wallabies teams dominate all discussion around Super Rugby Pacific now, not even six weeks into the competition. This time of year is the domain of Super Rugby, but from here on, everything will be framed in the context of this squad.

Someone will play a blinder in Round 7 or Round 8 and the discussion won’t be the impact he’s having on his team, but why wasn’t he picked in the training squad, or whether it’s pushed him to number three or number two in the pecking order.

The camp needed to happen, just as it’s been happening for years. Time taken to sort stuff out now is time that can be spent preparing for England later when the time comes.

I just don’t see the point in making a song and dance about it.