The Roar
4th April, 2022
37
Join the conversation
Advertisement
Write for The Roar

The Cowboys have locked away one of their young guns for 2023 with second-rower Jeremiah Nanai signing a new deal.

North Queensland faced competition from several NRL rivals for the 19-year-old forward’s signature but he agreed to terms.

Nanai, who recorded for his first career hat-trick in the Round 3 win over Brisbane, has made just eight NRL appearances but has emerged as the most promising forward prospect in the league.

The New Zealand-born Cairns Kangaroos junior scored a memorable try on debut as an 18-year-old in Round 22 last season.

Nanai has also announced he will pledge his representative allegiance to Queensland and Australia.

“We are over the moon to be able to announce the extension of Jeremiah’s contract,” Cowboys general manager of football Micheal Luck said.

“As we’ve seen in the first eight games of his career, he is one of the most exciting talents in rugby league.

“We are thrilled to finalise the extension, which allows Jeremiah to concentrate solely on what is his first full season in the NRL and we will pick up long-term contract discussions later in the year.” 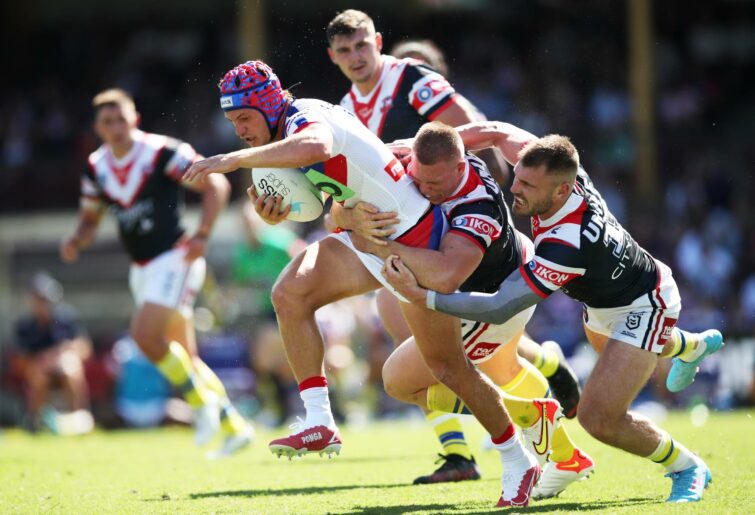 Maroons coach Billy Slater believes star fullback Kalyn Ponga would be better off staying with Newcastle rather than heading to Redcliffe to be part of the Dolphins’ expansion side next year.

Ponga, who is contracted to the Knights until the end of 2024 but has a player option in his deal which he must take up by Round 12 to leave at the end of this season, has reportedly met Dolphins coach Wayne Bennett about the prospect of linking up with the new team.

According to a News Corp report, Ponga has told friends he is set to re-sign with the Knights on a longer-term deal.

The Dolphins are desperate to land a marquee recruit to be the face of their franchise and Ponga, as the Queensland fullback and one of the most marketable names in the NRL, would be a massive coup for the new club.

“It’s a big ask to go because they’re going to have to develop from the ground up, the Dolphins. I don’t like the term rebuild or building, but they haven’t got enough players at the moment. They need players,” Slater said on his Billy’s Breakdown program on Wide World of Sports.

“I’d be staying in Newcastle if I was Kalyn.

“You just get the feeling that the Dolphins need a big catch and if they could get Kalyn Ponga you feel that they would get two or three after him. But I think the first one is going to be the hard one to get.”

Slater said the Dolphins had signed plenty of honest toilers in Jesse and Kenny Bromwich, Felise Kaufusi and Ray Stone but “they need a big fish like Kalyn Ponga”.

“They’ve got the soldiers there to create a good work ethic and some good standards … I understand why Wayne Bennett would head down to Newcastle and try and entice him to go up there to Brisbane.” 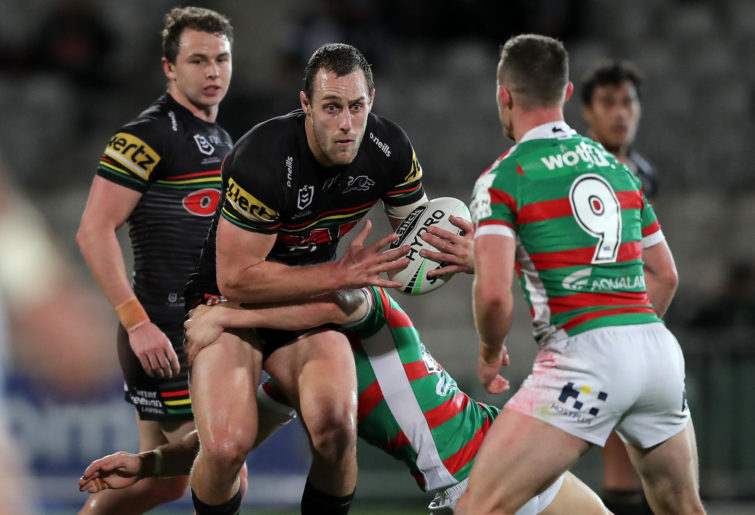 Penrith co-captain Isaah Yeo is off to an astounding start in his bid to become one of the rare forwards to win the Dally M Medal.

Yeo has polled three votes for the fourth week in a row to sit at the top of the leaderboard, two clear of Storm fullback Ryan Papenhuyzen, who was player of the match in his team’s demolition of the Dogs on Sunday after racing in four tries.

With Yeo on 12 and Papenhuyzen on 10, they have already opened up a handy lead over the chasing pack with Sharks recruit Nicho Hynes, Knights five-eighth Jake Clifford and Raiders star Jack Wighton next best on six.

In the past 15 years of the Dally M Medal, only two forwards have collected the NRL’s most prestigious individual honour – Melbourne hooker Cameron Smith in 2017 and Cowboys lock Jason Taumalolo the previous year when he was named joint winner alongside Storm halfback Cooper Cronk.

Yeo was again at the forefront for Penrith in their emphatic 26-12 triumph over South Sydney on Friday night as co-captain Nathan Cleary made his first appearance for the season after shoulder surgery.

Dally M votes for Round 4

Sydney Roosters prop Sarah Togatuki will have to head to the NRL judiciary on Tuesday in a bid to avoid missing the NRLW grand final with suspension.

Togatuki was cited for a grade-two careless high tackle on Brisbane’s Lavinia Gould which occurred in the fourth minute of the Roosters’ 22-16 semi-final win over the Broncos on Sunday.

Gould was taken off for a HIA and did not return, leaving the Roosters prop staring at a two-game ban.

Togatuki can receive a one-game suspension if she takes an early guilty plea, but such a move would rule her out of Sunday’s decider at Redcliffe.

Togatuki, who has been one of the Roosters’ most consistent performers this season, has no other option but to fight the charge at the judiciary if she wants to play in Sunday’s grand final against St George Illawarra.

The prop is likely to seek a downgrade to the charge and hope to get away with the fine, but if she loses she will be handed a two-game suspension.

The Roosters have until 12pm on Tuesday to announce whether they will fight the charge.