The talisman: Why Jim Craig should be the 14th Immortal

A few years back, I was in danger of being kicked out of Queensland for arguing that Mal Meninga, while a great player, no-doubt hall of famer, legendary State of Origin coach and all-round nice guy, doesn’t belong in the same pantheon as Reg Gasnier, Bob Fulton and Graeme Langlands.

It’s nothing against Meninga.

My argument was that his case relied significantly on mere longevity and seemed to have been reinvigorated by his wildly successful stint as Queensland coach.

At no point was Meninga the best player in the game. He was arguably never even the best in his position. Gene Miles and Steve Rogers were comparable, if not better.

The Immortals are not just the best, or the best of the best. They’re transcendent; players who were great in a historically significant way.

As I’ve grown older and slightly wiser, I’ve changed my position. Meninga doesn’t belong in the pantheon. Not just because he doesn’t quite measure up, but because there’s a much better player who’s still on the outside looking in: Jim Craig.

Let’s review his body of work.

Souths and Easts dominated the game’s first seven years, winning three premierships apiece, with Souths denied a fourth title by Newtown’s victory on a countback in 1910.

Balmain’s fortunes fluctuated. They famously and farcically forfeited the 1909 final and then won the wooden spoon in 1911. Gradual improvement over the following three seasons was followed by the club’s maiden premiership in 1915 and then another four in the following five seasons, plus the City Cup in 1917.

Jim Craig played a small part in 1915, before coming into his own in the following two seasons. Balmain won all three grades in 1916 and became the first team to win the premiership-City Cup double in 1917, thanks in no small part to Craig. 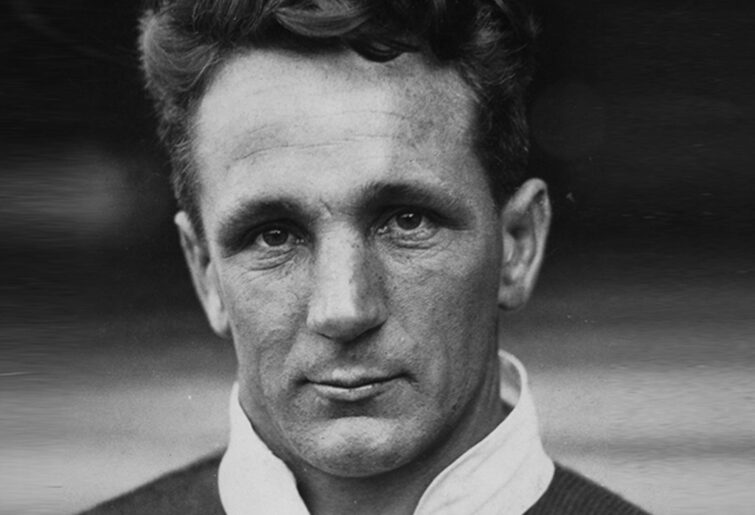 Another premiership in 1919 was followed by a dominant performance in 1920. The premiership was halted with three rounds still to play because Balmain couldn’t be challenged. As Ian Heads wrote, “Chook Fraser and Jimmy Craig were stars for Balmain in the 1920 triumph. A draw with Wests and a 30-13 loss to Easts in July were Balmain’s only setbacks en route to the title”.

Balmain’s only failure during this period – the 1918 season when they finished fourth – occurred in Craig’s absence.

After a brief interlude playing for university in 1922 – Craig was studying dentistry – he was tempted north to join Ipswich Starlights in 1923.

Details about Craig’s achievements in Ipswich are scarce, aside from his role in the district team’s Bulimba Cup victory in 1926. It was with Queensland where his impact was greatest.

As Roar Guru Matth noted, “Against NSW, Craig won his first seven games straight from 1923 to 1925 and his overall record was seven series wins from eight attempts with 13 wins and only five losses. He also toured New Zealand in 1925 with the state and captained [them] from 1923 to 1925.”

Before Craig’s arrival, Queensland were building, with internationals like Bill Paten and Norm Potter, and future internationals in Tom Gorman and Jim Bennett. The arrivals of future hall of famers Duncan Thompson and Vic Armbruster in 1924 as part of the emergence of the great Toowoomba team of 1924-25 and their forward pack, the ‘Galloping Clydesdales’ further bolstered the Maroons.

But it was arguably the arrival of Craig in 1923, and his immediate ascension to captain, that had the biggest impact. Already regarded as the best player in the game, Craig won critical acclaim for, in the words of Harry Jefferies, his “towering ability” and capacity to fill almost any position when Queensland most needed it.

The rise of Western Suburbs

Craig was almost 34 when he moved back to Sydney as captain-coach of Wests in 1929, but he still had plenty left in the tank.

He played twice in New South Wales’ interstate series victory over Queensland and lifted Wests from seventh in 1928 to third and a semi-final defeat to eventual premiers Souths in 1929, the Rabbitohs fifth consecutive premiership.

The following season, Craig and Wests vanquished the Souths dynasty. Wests finished as minor premiers, with Craig the league’s leading point-scorer. They beat Souths in the semi-final and then unexpectedly lost to Frank Burge’s St George in the final.

But Wests, as minor premiers, retained the right to challenge St George in a grand final They subsequently became the first grand final winners.

According to the Sydney Morning Herald, they’d been overwhelmed by a brilliant St George performance in the final but learned their lesson and suffocated the Dragons in the re-match, winning 27-2 with Craig scoring a try and kicking two goals in his final game and sixth Sydney premiership victory.

This is, or should be, irrelevant to his Immortal case. But if Meninga benefits in a small and unspoken way from post-playing revisionism, why shouldn’t Craig?

‘Master coach’ might be an exaggeration – Craig only coached 90 first grade games, but he did win 64% of them and the results are worth noting.

He won a premiership as captain-coach of Wests in 1930 and, after retiring as a player, led Wests to second place in 1932 and a 23-8 victory over minor premiers Souths in the NSWRFL final. This time the challenger rule worked against them, with Souths winning the grand final 19-12.

His master coach credentials were established in 1938 when he led Canterbury, in just their fourth season of top-flight rugby league, to a maiden premiership.

The ‘Berries’ first season in 1935 was one of the worst in rugby league history. They lost 14 of 16 games with a minus-510 points differential.

They did alright in the following two seasons and, true to form, Craig took them over the top in 1938. Canterbury’s 19-6 victory over defending premiers Easts in the NSWRFL final was described as a ‘boilover’, but they were clear minor premiers who’d lost only one game all year.

Still, it was quite an achievement and as Alan Whiticker remarked, “Craig wove his football magic on a club which had been summarily thrashed just three years before”.

The problem with writing a piece about Jim Craig, more than 90 years after he last played, is this: evaluation relies on appealing to the authority of others. But it’s most of what we have left when it comes to the pre-World War II Immortals and hall of famers.

Here is some of the testimony of contemporaries about Jim Craig:

• According to Ian Heads, Dally Messenger called him “the greatest player he ever saw”
• SG Ball named him one the game’s eight greatest players in the period leading up to 1966, alongside immortals Messenger, Clive Churchill and Reg Gasnier
• Balmain luminary Norm ‘Latchem’ Robinson called him “the greatest all-round player Australia has produced”
• Alan Whiticker called him “one of the most versatile and influential players in the history of the game”
• JC Davis said, “In a word Jimmy is a philosopher of the “rugger field”, a rare bird these times”
• In 1926, the Brisbane Courier remarked that, “He has earned the distinction of being the best all-round exponent of the game in Australia”.

Then there’s everything we do know about him.

He played a key role in turning a good Balmain team into a dynasty. He led Wests and Canterbury to their maiden premierships and took Queensland from incipient powerhouse to actual powerhouse. He’s a member of the Queensland and Balmain teams of the century and was Captain of the Kangaroos.

Like Meninga, he was an elite player for more than 15 years, a much rarer feat in the early 20th century. Unlike Meninga, he was, according to contemporary descriptions and his record, the best player in the game and at multiple positions for much of his career. I’m not sure there’s a comparable player.

In other words, he’s an immortal. His resumé is comparable to most of the current 13 and, in some cases, it’s superior.

Cameron Smith will have his day sometime soon. Let’s induct Smith alongside another legendary Queensland captain, Jim Craig. Slater and Thurston can wait a few years.

I’ll give the final word to Harry Jefferies, who wrote in the 1955 Queensland Rugby League Yearbook that “He has the storming force of a dreadnaught battleship and the resisting capacity of a minefield. Craig has played at half-back, stand-off ‘half, three-quarter and full-back for Queensland, but it is at full-back where he discharges the sparks… There is nothing at which Craig is weak… He has earned the distinction of being the best all-round exponent of the game in Australia”.