The NRL bunker is nowhere near the confused mess that its critics would have you believe.

It is not perfect and for the most part, does a good job in complementing the on-field NRL officials.

… And then it lets Daniel Tupou stay on the field despite an old-fashioned coathanger on Anzac Day.

The bunker can have all sleek, state-of-the-art equipment under the sun but the technology can only do so much – there will always be a human element and when that happens, human error is also a possibility.

Anyone who has seen the way that office operates will tell you they have a sense of camaraderie, a team atmosphere where they want to do their job to the best of their ability irrespective of what the “blow up the bunker” naysayers would cry out.

.. And then they go and let Tupou off with a penalty being deemed sufficient even though the lanky Rooster’s right arm was never going to hit Dragons winer Mikaele Ravalawa anywhere lower than the chin.

When the bunker drops a clunker, the mood in the office the next day is grim.

It’s like a footy team after a loss. Heads drop, banter between the desks is muted.

Many old-school fans hate the bunker. The “get rid of it” outcry is emotionally driven and too simplistic. 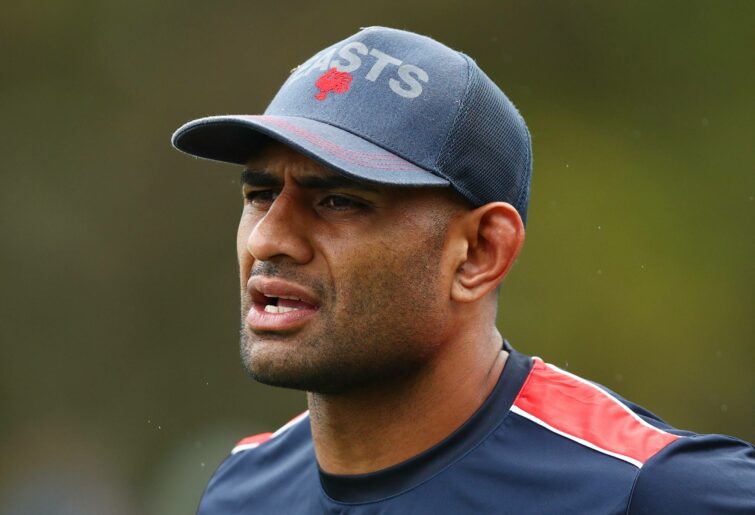 Conveniently, many supporters who were around before video review say the bad decisions always even up with the good ones in the end. They forget about the howlers that a referee would make and then get crucified for days on end as many others cried “we’ve got the technology, why don’t we use it”.

Immortal forward Norm Provan, way back in 1976 when colour TV was in its infancy, penned a column for Rugby League Week which shows the more things change, the more they stay the same.

His revolutionary idea was for officials to use the “television video disc” to help referees decide if tries should be awarded.

Provan proposed a “neutral video committee of three officials” to be set up at each suburban ground. Once they had reviewed a try-scoring play, they would wave a green flag to award the try or a red one to disallow it.

The St George legend – who played in 10 of the 11 successive premiership victories from 1956-66, the last five as captain-coach – was long retired by the time he wrote his prophetic column for RLW. 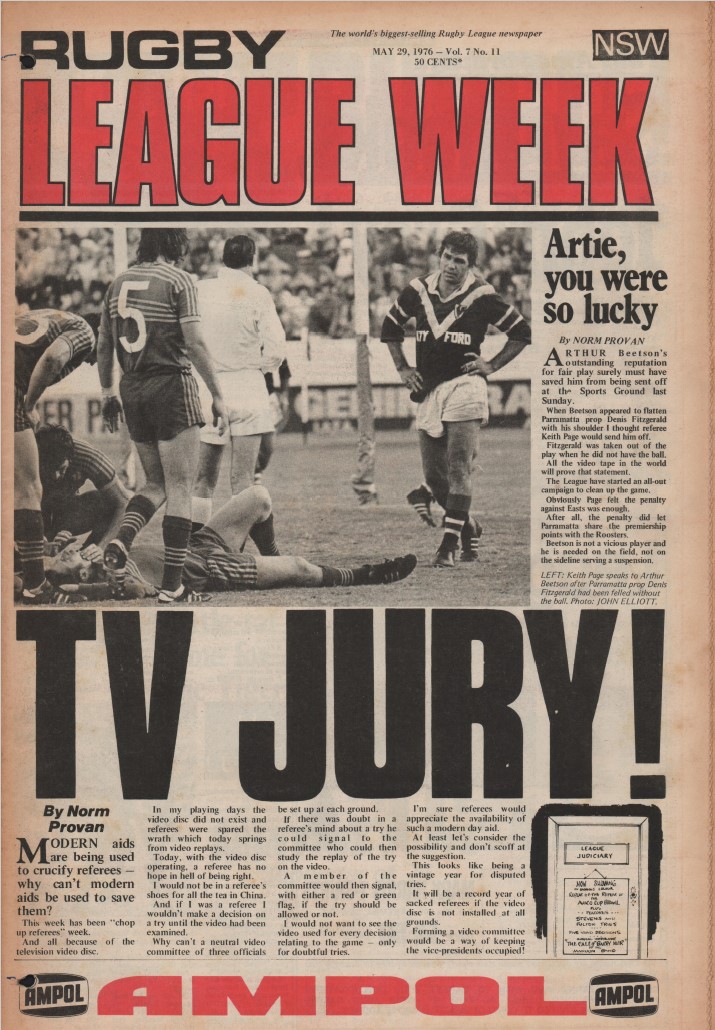 “Modern aids are being used by to crucify referees – why can’t modern aids be used to save them? Today, with the video disc operating, a referee has no hope in hell of being right.

“I would not be in a referee’s shoes for all the tea in China. And if I was a referee I wouldn’t make a decision on a try until the video has been examined.”

With the threat of lawsuits hovering over the NRL, there is no way they will get rid of the independent doctor in the bunker to help ensure any player with a suspected concussion is tested.

However, the NRL should heed the words of Provan, who died last October aged 88 after being named an Immortal in 2018: “I would not want to see the video used for every decision relating to the game.”

The NRL can reduce the interference from the bunker for on-field decisions by empowering the referees more, which head of football Graham Annesley has been trying to do by backing them over discretionary calls by saying he would have been happy with whichever decision they arrived upon.

The captain’s challenge rule has helped refs take back control when decisions are disputed because often now when a player starts to blow up about a call, the ref puts it back on them if they’d like to review it, risking their one and only chance.

That question quickly quells the supposed outrage from players trying to bluff a ref into changing a call. Many players now put their hands up and take ownership when they knock the ball on or stuff up to the detriment of their team.

Referee Adam Gee has been binned for his sin in not giving Tupou a 10-minute breather, as has Chris Sutton for failing to do likewise when Warriors forward Aaron Pene whacked Storm centre Reimis Smith high later that night in Melbourne.

Ashley Klein was the bunker official on deck for the Dragons-Roosters game but has not been dropped – in fact he’ll be the video reviewer for two games in Round 8 as well as the on-field referee on Thursday night for Broncos-Sharks game in Brisbane.

NRL head of football Graham Annesley, in his weekly media briefing on Tuesday afternoon, conceded “there was very little doubt” that the Tupou and Pene tackles were sin-bin offences.

He pointed to the guidelines referees and bunker officials should follow in determining whether a player should be sent from the field but if you listen through his detailed explanation, there is little to suggest it won’t happen again.

Curiously, he also admonished Gee for saying he didn’t think the Tupou tackle was as bad as it looked when he then referred it to the bunker for further analysis.

Annesley said a referee shouldn’t be making any “rash judgements which may in fact influence the outcome of the bunker deliberation” saying it’s folly to give an opinion which defeats the purpose of the video review.

But shouldn’t the refs be encouraged to give their on-the-ground opinion of what they thought happened as they are supposedly in the best seat in the house? Just like they do when a try-scoring play occurs and they send it off to the bunker with a verdict either way.

Annesley said the ultimate decision always lies with the referee but the bunker “plays an important role in that”.

After the extremes of the Magic Round crackdown last year when the slightest high contact was being punished with the sin bin, the perception now is the NRL is not doing enough to prevent these tackles, a dangerous place to be for an organisation that needs to do everything possible to limit concussions.

Annesley admitted he was concerned “in these cases that the on-field punishments weren’t strong enough” but said overall the judiciary process was working, pointing to a drop in grade-one offences and an increase in grade-two charges.

“I think logic will tell you that most of our charges are going to be at the low end of the scale because the days of players going out and deliberately trying to hurt each other with illegal play are long gone,” he said.

“Most of these things are accidents. When they’re more serious, they require more serious action. I think that the balance is OK but it’s these outlying incidents that set us back, no question.”

It shouldn’t be that hard for the referees and bunker to reach a point where forceful high contact means a player gets 10 in the bin, rather than the absurdity of Magic Round or the feather touch punishment for the Tupou tackle.

Maybe then, the bunker’s critics will go a week or two without calling for its detonation. Naaah, that won’t happen.