That sound? It’s rugby, baby, blowing its war horn and coming up over the hill, up from the foothills of the valley of death where it’s languished these last half-score seasons.

And not only is it surging upwards and onwards, dressed in all its finery, its regalia, its natty blue blazers with the golden crest of The Cup, rugby is immediately firing shots across the bow of maggoty old cousin rugby league and declaring #CodeWars back on at the pointy end.

Not in the end indulged by we the willing and unpaid foot soldiers of The War, mind, squabbling on the Twitters, bickering in fan forums-come-dungeons; 10-year-olds arguing who’s got the very best sport and that my dad’s bigger than your dad.

No. This war, of sorts, that rugby league probably doesn’t even think it’s in, yet, has been declared by rugby at the million dollar baby end.

As Hamish McLennan told The Sun-Herald: “There are a few good league players who grew up with rugby that [RA chief executive Andy Marinos] and [Wallabies coach] Dave Rennie have been looking at.

“These players love the game and they know that a Rugby World Cup experience in Australia can’t be replicated by league. We’ve already chatted with a few [NRL] players who are interested in joining us and now that we’ve got the World Cup, I’m sure that those discussions will intensify.”

Oh, talk to us, Hamish. Big, sexy talk from rugby. It’s been a while.

For rugby is looking to ride a wave that will become like that one on Point Break that came from Antarctica and Keanu Reeves called the ’50 Year Storm’.

Super Rugby’s been entertaining. The Brumbies are winning, mostly. Even the Waratahs won a game the other day and filled the hill at Leichhardt Oval because of it.

And if the Waratahs are winning then so is rugby, at least according to Sydney town which is where the money, power and media is, you don’t have to like it.

And thus! Dear rugby is bullish, and tired of being derided, and has played to its considerable strength and nailed it intentions to the wall. And declared: We want league’s top kids. Because there’s a dinkum World Cup on, you know. Two of them, even. And they will be in Australia. And we, rugby, made this happen. And that why we want back in at the big table of Top Aussie sports.

It’s been a while since rugby’s been so bold. For a long time it’s been like the weird third cousin; the former champion that pissed up its money.

But host the world’s third-largest sporting event – and before that, in 2025, a British & Irish Lions tour that will bring in tens of thousands of cashed-up glam-packers, or whatever older people are called who stay in 4-star hotels and eat in restaurants – and you can tell rugby league and anyone who’s listening that our dad (World Rugby) actually is bigger than your dad (International Rugby League) who is penniless, powerless and looks half-pissed.

And here were are.

And yet, one wonders, is it fair dinkum, this ‘play’ for the leaguies? Has McLennan and the crack comms team behind him decided that all publicity’s good publicity? That while the media is yapping about us, let’s feed those chooks some more seed.

Let’s start us a #CodeWar!

Certainly it’s happening in a PR sense. There is clearly news value in it. Here we are yapping about it, right? And RA’s comms types will be noting a spike in mentions of the brand on Media Monitors and the socials. And that’s always good. No-one likes to be ignored.

But in a rugby sense, would it be valuable chasing leaguies? And who, in likelihood, would want come over in 2025, say, to give themselves a decent run at wearing Wallabies gold?

And how much money does RA have anyway?

This is all fanciful, right?

“Look at the value we got in the last home World Cup from Wendell Sailor, Mat Rogers and Lote Tuqiri. Great value on and off the field. They put bums on seats.

“Like those three, you want to target guys who’ll come over for the challenge, guys who understand the magnitude of a Rugby World Cup. Particularly a home World Cup. It’s a huge deal. It’s very appealing.”

O’Connor doesn’t name individual league types that RA should target but put to him the names Joseph Suaalii and Cameron Murray, and he nods along. 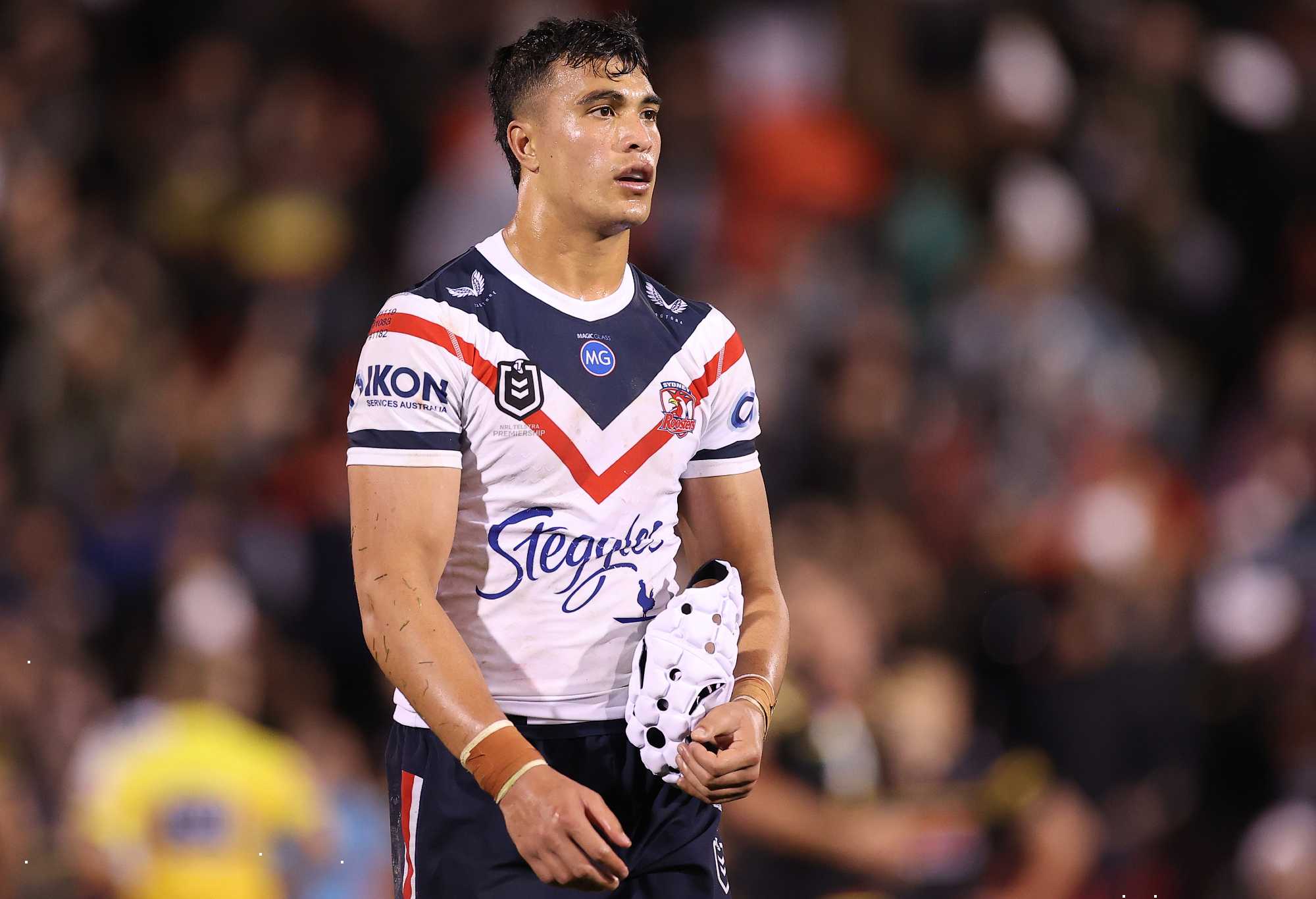 “I imagine those two guys are ones they’ll be targeting, among others. Suaalii is obviously a huge talent and Cameron Murray is a wonderful player.

“You want people who want to test themselves in something new and play for Australia on a massive stage.
“You want guys with a background in rugby. Kiwis, Fijians. Look at the Melbourne Storm wingers.

If O’Connor had a hit list it would be for a dominant league seven to become a No.10. He says that “when the Wallabies have been strong we’ve had a dominant five-eighth”.

He throws up the names of Michael Lynagh and Stephen Larkham.

I throw a name at him: Nathan Cleary, the best halfback in league. He’ll be 29 in 2027. Sure he’s ‘locked in’ by all that poker machine gold spilling from Panthers World of Entertainment. But league contracts are ever malleable. Five years is a long time.

O’Connor is not confident.

“Getting Nathan Cleary, I’d say that probably is fanciful,” he said. “For one he’s never played rugby in his life. Not to say he couldn’t become a great No.10. But knowing his dad, Ivan, I played with him, I’d say rugby’s very little chance.

“But Nathan’s the sort of player I think we need – a big, strong unit who goes at the line, who’s got great passing both ways, who can kick short and long. He makes defences think. He’s a wonderful talent.

It already has. It does. Since Big Del come over to make those turnstiles sing, leaguies come and go all the time. Tom Wright came from Manly Sea Eagles, Izaia Perese from Brisbane Broncos. Roger Tuivasa-Scheck followed the lead of Sonny Bill Williams and Benji Marshall.

Former Melbourne Storm fliers Marika Koroibete and Suliasi Vunivalu could easily be the Wallabies’ wing men in the quarter-final in France in 2023.

League centres and wingers are likely targets. Five-eighths, too. They threw a couple of banks at Andrew Johns and couldn’t shift him. It would take that to get Ponga, much less Cleary.

A league hooker would be on a big learning curve to play No.9 in rugby, with no guarantee they’ll be better than Tate McDermott anyway.

And if you’re talking front rowers, forget it. There isn’t the requirement in rugby league for squat, relatively immobile, Sumo-necked security guards from illegal London casinos, at least not on the field.

It’s funny to remind people when talking of “The Switch” but rugby league doesn’t have scrums, lineouts, rucks or mauls.

Rugby league has no need for a leaping, pile-driving lock forward who’s six feet 10. They don’t really exist as cross-code phenoms. And at the top level, outside the freak Brad Thorn, never have.

Storm giant Nelson Asofa-Solomona comes to mind. But would he want to?

I had a yarn once with two Canberra Raiders front-rowers – Dane Tilse and Tom Learoyd-Lahrs. A pair of big bodies at 200cm (6-7) and 194cm (6-5) respectively, they remain in the top 1 per cent of leaguies height-wise.
And these guys would train near the ACT Brumbies and get chatting, shooting shit, about “The Switch” from league to union.

And the union boys’ advice was, effectively: yes, you could do it, for you are athletic people. But to learn how to play in the tight-five would take time. Like, years. Early doors you would play club rugby and be a penalty magnet. And would a 25-year-old NRL man, just getting set and learning what it takes to be an NRL man, really want to head off back to school with no guarantees?

Angus Crichton (Scots College) could probably do it though he’ll be 31 in 2027. And thus it’s Murray (Newington), Suaali (Kings) and Ponga (Churchie) who are the shining exemplars of the possibilities.

Get those three over to rugby and there will go the neighbourhood.

Murray, particularly. Once an inside centre in rugby union, today he’s a dynamic, ball-playing lock forward in league. You sense he could be straight back into a No.12. Even the No.7 given a few years to hone his ruck-work.

But again – would he want to? And would he better than Lenny Ikitau or Fraser McReight?

I don’t know. But I hope we get to find out.