There are rare instances where a game or race goes further than sport itself.

South Africa’s 1995 Rugby World Cup win is one, the 1936 Berlin Olympics and Jesse Owens is another. If Ukraine win against Wales, it will be another.

Their World Cup qualification semi-final win over Scotland on Wednesday brought joy to a war-torn nation. This is different to other world-wide shows of solidarity for Ukraine, such as their Eurovision win.

This is a squad of players who have family in a country being invaded, and who, if they succeed in making the World Cup, will make a whole country, and the rest of the world, rejoice.

The whole world, except two countries in Russia (for obvious reasons) and Wales, their opponents tonight.

Wales have only ever reached one World Cup, in 1958, when they got to the quarter-finals and lost to Brazil, the eventual winners.

The furthest they’ve gone in a major tournament is Euro 2016 in France, where they reached the semi-finals and got the country dreaming, beating Belgium 3-1 in the quarters.

The core of that team remains in part, goalkeeper Wayne Hennessey still plays for his country, however Danny Ward will probably start the game in goal.

Ben Davies and Aaron Ramsey are still there, as is the legendary Gareth Bale, who single-handedly got this team into the final.

Wales will be as reliant as ever on Bale, who has just won his fifth Champions League with Real Madrid and the ‘Wales, Golf, Madrid’ culture will be as present as ever in the nation.

There are also some new presences, in the form of winger Daniel James, who is trying to re-build his reputation, and Kieffer Moore might not be young, but he definitely knows how to score goals.

Wales will be confident that they can reach their first World Cup in over 60 years.

The players could not be more fired up, or more desperate to make their nation proud.

The Russian invasion of Ukraine will undoubtedly have an effect, and it would be stupid to say leave politics out of football and keep politics and football separate because even though the people who say those things will find it hard to accept, the two will always be intertwined.

Ukraine’s midfield is certainly their strongpoint, containing Andriy Yarmolenko of West Ham, Ruslan Malinovskyi of Atalanta, and Man City left back (who is a midfielder for his country) Oleksandr Zinchenko. 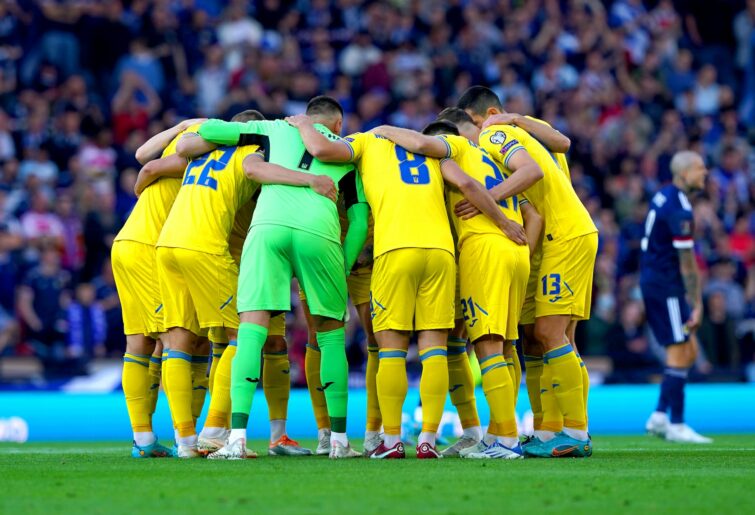 They will look to attack Wales’ defence, particularly on the right-hand side.

Benfica striker Roman Yaremchuk looks like a great focal point for Ukraine. Their biggest strength will be the emotion the players have, and if they will collapse with the pressure on, or if they can stand strong, just like the civilians of their country have.

For me, a big question before the match is the morality of who I support.

I am a quarter Welsh, and sit here writing this in my uncle’s old Wales shirt. I have been to the Principality Stadium twice for a rugby game, and the way the whole country comes together is incredible.

The underdog spirit against England is there, and as I’ve already mentioned the Euro 2016 run was simply stunning.

However, they are playing Ukraine. No one wants to make Ukrainians sad.

I will support Wales, and the way I justify this to myself is that football will matter so much less to the people of Ukraine than other events going on in their homeland will.