Here we go, another person criticising our name. Can’t we move past this?

The simple answer is no.

At every single World Cup the same two words are repeated over and over by players, managers, pundits and fans: pride, and respect.

The vast majority of people in this country (let alone the world) don’t associate these words with football in Australia. If you don’t believe me, simply take note of how many Australians wear the apparel of football clubs from other countries in relation to our own national team and domestic clubs.

The Australian national team is the spearhead of football in this country. I still find it incredible that our domestic league was launched off the back of us winning a single game… and it worked!

But we can’t keep relying on on-field success and star players to bolster the game. It could be a decade or more before our national team finds its next golden generation and enhancing the quality of talent over here will take much time and investment.

However, there are things we can change that will help generate the pride and respect we desire.

When Graham Arnold explained why he chose Andrew Redmayne for the penalty shootout against Peru, he said it was all about the one-percenters. Would Peru’s third penalty have hit the post if the taker was staring down a smaller, less intimidating keeper? Of course we’ll never know but you can’t rule out it being a one-percenter.

Changing the name of our national team is a glaring one-percenter.

Our current moniker was proposed as the name of the mascot in our 1974 World Cup bid. Like Syd, Olly and Millie from the Sydney Olympics or Arsenal’s Gunnersaurus, it was designed to appeal to children, not to be the name of a team representing an entire nation at the biggest sporting event in the world. 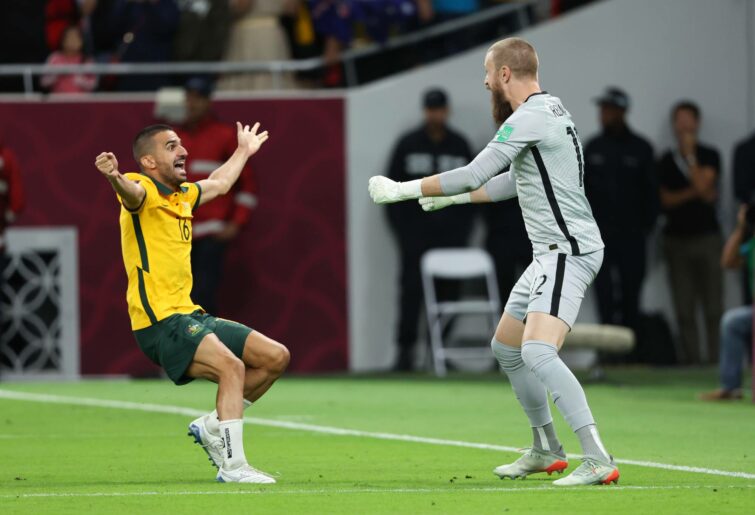 It’s also a name which uses a word which the Australian football community attempted to banish 17 years ago when the vast majority of local clubs began updating their crests so the word ‘soccer’ was replaced with ‘football’. These efforts have gone largely unnoticed by mainstream media as our most publicised team continues using ‘soccer’ in its name.

When advertising agencies rebrand a company, they choose a name which best represents the values, spirit and goals of the organisation. Do you think of pride and respect when you hear the word ‘Socceroos’?

So, looking at this objectively, our name was designed to appeal to children, is made up of a word that is no longer associated with our local clubs and doesn’t capture the pride and respect that our national team desires. Whether you like the name or not, it’s hard to say that it’s suitable.

And I understand that changing the name is not going to be the catalyst for a huge influx of fans or instantly have journalists writing daily columns about football.

But over time it could be a one-percenter.

It could persuade a fan to buy a green-and-gold jersey over a European mega-club, it could change the perception of the national team in a journalist’s eyes, it could give the next ex-manager of this country a little bit more respect when he sends his resume overseas, it could edge a migrant’s son closer to choosing Australia over his parents’ birth country, it could assist unifying local clubs with the national team, and it could lead to all supporters calling the sport the same name.

I’m not suggesting we introduce a brand new name. The team is too ingrained in the public consciousness for a fresh start. All I’m proposing is that we simply stop using our nickname.

And if we must have a nickname, shorten it to the Roos.