Australian rising star Dyson Daniels is walking into an ideal situation for the playmaking guard after being taken by New Orleans Pelicans with the No.8 pick in the NBA Draft.

Daniels looked confident turning up in a flashy silver suit for the ceremony at the Barclays Center in Brooklyn and the 19-year-old was ecstatic after his name was called out by NBA Commissioner Adam Silver.

“I’m just so happy to have my name called,” Daniels said of being drafted on ABC’s broadcast. “To be a Pelican, there’s no better place. I can’t wait to get to work.”

He later told assembled media: “As soon my agent passed me the phone, my heart started beating and I was just super happy to get that phone call and them tell me that I was going to be a Pelican. Once I heard my name called my heart dropped and it’s a dream come true.

“I’ve dreamt of this for as long as I can remember so to finally be here, it’s taken a lot of hard work but I’m just blessed to be in this position and get that opportunity.”

He was not the only Australian to have his name called out with Perth Wildcats forward Luke Travers sneaking in with the third-last pick, taken at No.56 by Cleveland.

Travers was considered a borderline chance of being drafted but the athletic 20-year-old with the flowing mullet, who averaged 7.8 points and 5.4 rebounds in the NBL last season, will head to the Cavaliers after impressing scouts at the recent G League Elite Camp, living with Daniels as they both prepared for the Draft.

New Orleans is a great fit for Daniels as he could become their point guard alongside veteran CJ McCollum in the backcourt, feeding All-Star forwards Zion Williamson and Brandon Ingram.

With rookie duo Herb Jones and Jose Alvarado putting in eye-catching efforts at the defensive end, Daniels will help give the Pelicans one of the best young perimeter defences.

The talented 203cm guard rose up the pre-draft rankings on the back of his season with the G-League Ignite development team Ignite after graduating from Canberra’s NBA Academy.

Known for his playmaking skills and defence, Daniels will need to improve his shooting when he steps onto an NBA floor. 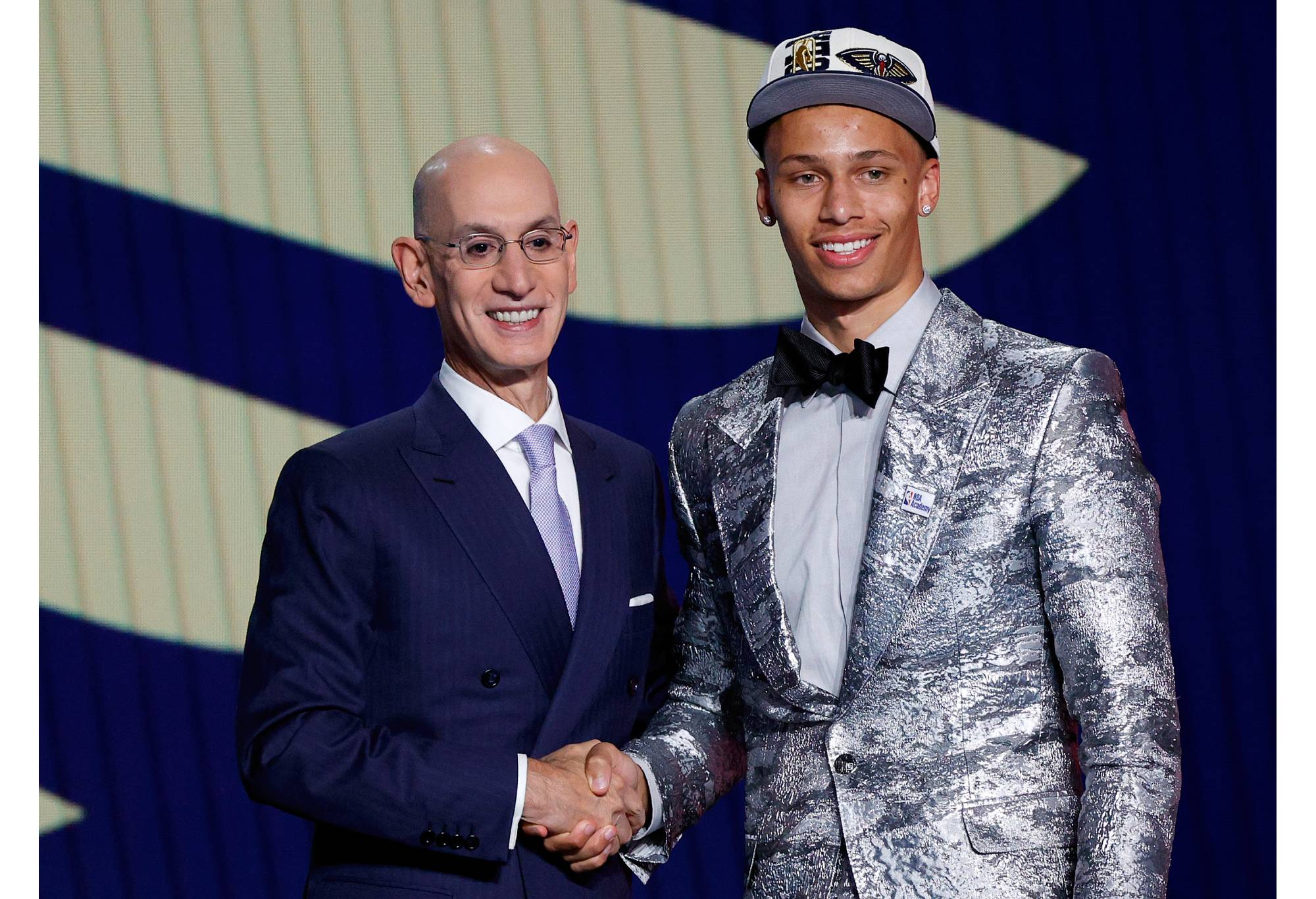 His shortcomings as a shooter will not be highlighted at the Pelicans. They have three elite scorers in Williamson, Ingram and McCollum as well as a centre who is also an offensive threat in Jonas Valunciunas.

Asked about his defensive ability at his Draft media availability, Daniels said, “That’s a big priority. That’s my main strength. If my offence isn’t going well, I can stay on the floor with my defense.

“I’m able to disrupt people, guard the ball, guard (all positions) sometimes. I definitely take a lot of pride on that end. I love to defend.”

Pelicans general managaer Trajan Langdon said they were thrilled to get their top target.

“Guys that we liked went earlier, a couple of guys we liked went after but Dyson was the guy,” he said. “It was a little nervous in the room during [pick] seven because we knew Portland liked him as well. There was a chance that they could have taken him at seven so when they took Shaedon, the room exploded.

“He was our guy from the outset that I thought would fit very well and we think in time can be a great fit here alongside the players that we have. He’s really young but he’s going to grow and he’s going to be a great player.”

His first appearance as a Pelican is likely to come at the NBA Summer League tournament at the Thomas & Mack Center at the University of Nevada, Las Vegas. New Orleans are due to play on Saturday, July 9 against the Portland Trail Blazers, followed by games against the Atlanta Hawks (July 11), Washington Wizards (July 13), and Los Angeles Lakers (July 15) before a final match on July 17 determined by results.

Pelicans fans were thrilled with the selection, cheering loudly at their home court, the Smoothie King Center, when his name was announced by Silver.

After storming into the playoffs via the play-in tournament, New Orleans gave Western Conference top seeds Phoenix a tough contest before going down in six games.

With rookie coach Willie Green viewed as one of the best young mentors in the NBA, the team is on the rise and Daniels is in the unusual situation of joining a franchise which is likely to be in the post-season instead of most Draft lottery teams who are in a rebuilding phase.

“In any NBA team you go to, you’ve got to earn your spot no matter what. They have a great team here, they’ve got scorers, they’ve got Zion coming back and I feel like I could fit in so many different roles – be a playmaker for guys, hit guys coming off screens, even go get my own as well.

“My game’s rapidly improving. This is a great team and I’m a winner so I’m going to do what it takes to help us win.”

Daniels said it was “good to get under people’s skin” with some trash talk so the Pelicans can expect him to be bringing his brash personality to the court.

He was invited to attend the Draft ceremony in New York along with the top prospects for the first round, sharing the moment with his father, Ricky, and mother, Brikitta. Ricky played with North Carolina State University from 1993-1995 before moving to Australia to play in the SEABL where he played 189 games for the Bendigo Braves and had his jersey retired.

Daniels held workouts with seven franchises leading into the Draft and there was some speculation he could be taken as high as fifth.

Duke forward Paolo Banchero was a surprising selection as the No.1 pick by Orlando with Gonzga centre Chet Holmgren taken second by Oklahoma City where he will pair nicely with Boomers guard Josh Giddey, the No.6 pick in last year’s Draft who exceeded expectations in a superb rookie year for the Thunder.

Another big man, Auburn alum Jabari Smith jnr, went third to Houston, and Iowa forward Keegan Murray was taken by Sacramento with the No.4 pick before the first guard was selected by Detroit with the fifth pick, Purdue’s Jaden Ivey.

Indiana went with Arizona wing Bennedict Mathurin at No.6 and another Canadian was chosen next with Portland adding guard Shaedon Sharpe with the seventh pick.

New Zealand Breakers duo Ousmane Dieng and Hugo Besson, who both hail from France, and Adelaide’s Filipino import Kai Sotto, who all played in the NBL as part of the Next Star program, also nominated for the Draft.

Dieng was selected to a typical mixture of cheers and jeers from Knicks fans at the ceremony, who were unaware the franchise had traded him to OKC for multiple first-round picks, so he will also pair up with Giddey in the young Thunder team.

Besson was the lucky last player selected in the Draft, taken at No.58 by Milwaukee in a pick that had been traded from Indiana to the Bucks but Sotto was not taken by any team as he tries to become the first Filipino-born NBA player.

He later tweeted that not being drafted would not stop him pursuing his NBA dream: “This is not the end.” And no decision had been made about whether he would be lining up in Summer League. 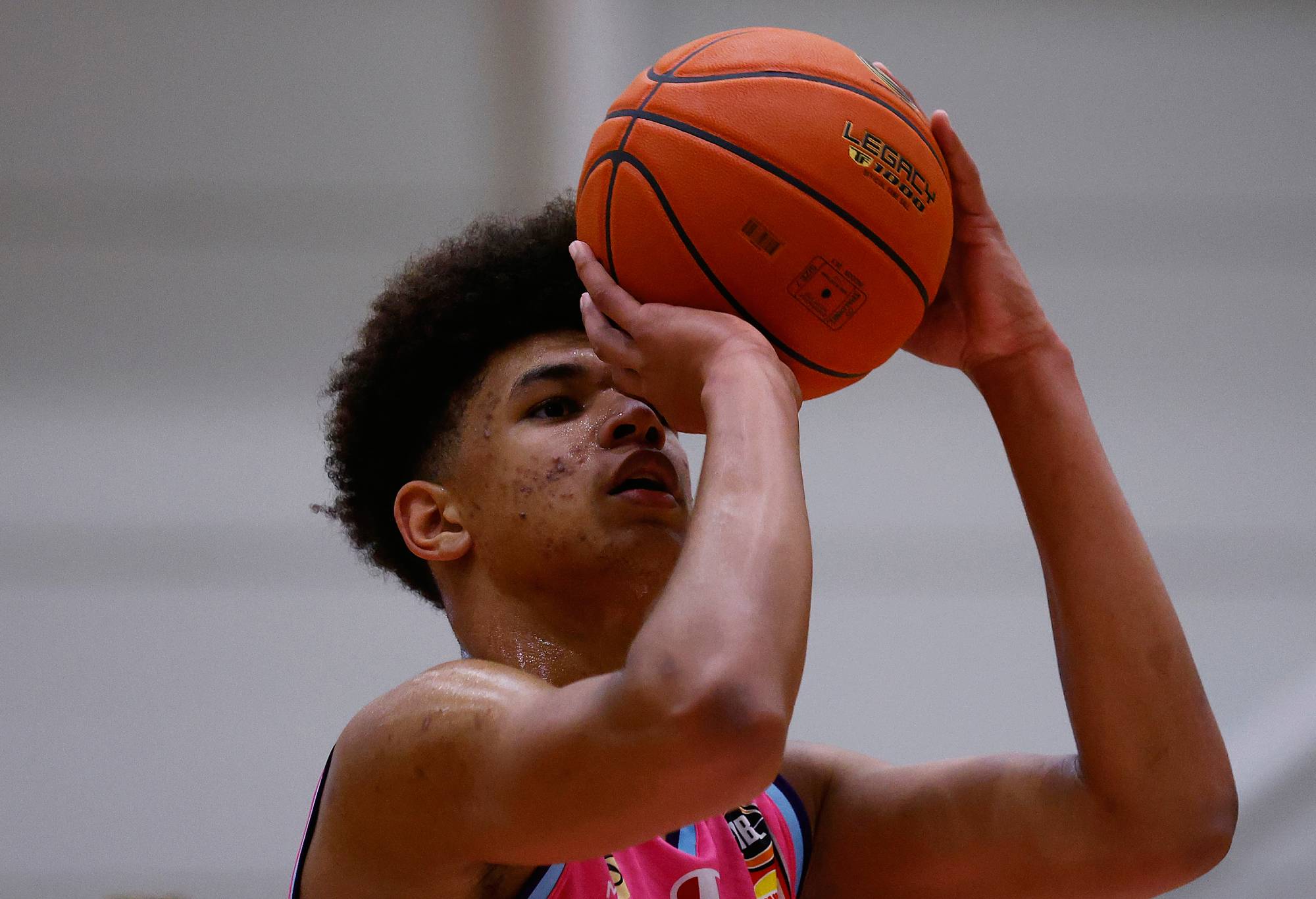