When a player is tackled in the NRL and the referee calls held, the defender needs to let go. It’s that simple.

But now we have the situation where the referee is calling “held”, then another second or so later bellowing “release” and only then are the smart, well-coached defenders finally letting go.

If you have a look at a tackle closely when there’s two or three defenders involved, the one who is last out of the contact that’s going to be marker is locking onto the ball to buy their team some extra time to reset their defensive line.

In the old vernacular, a “held” call from the ref meant you had to release the tackled player and allow them to play the ball.

It may not sound like much but that extra second or second and a half is a massive benefit to a defending team to get back the 10 and be ready to get off the line hard on the next play. 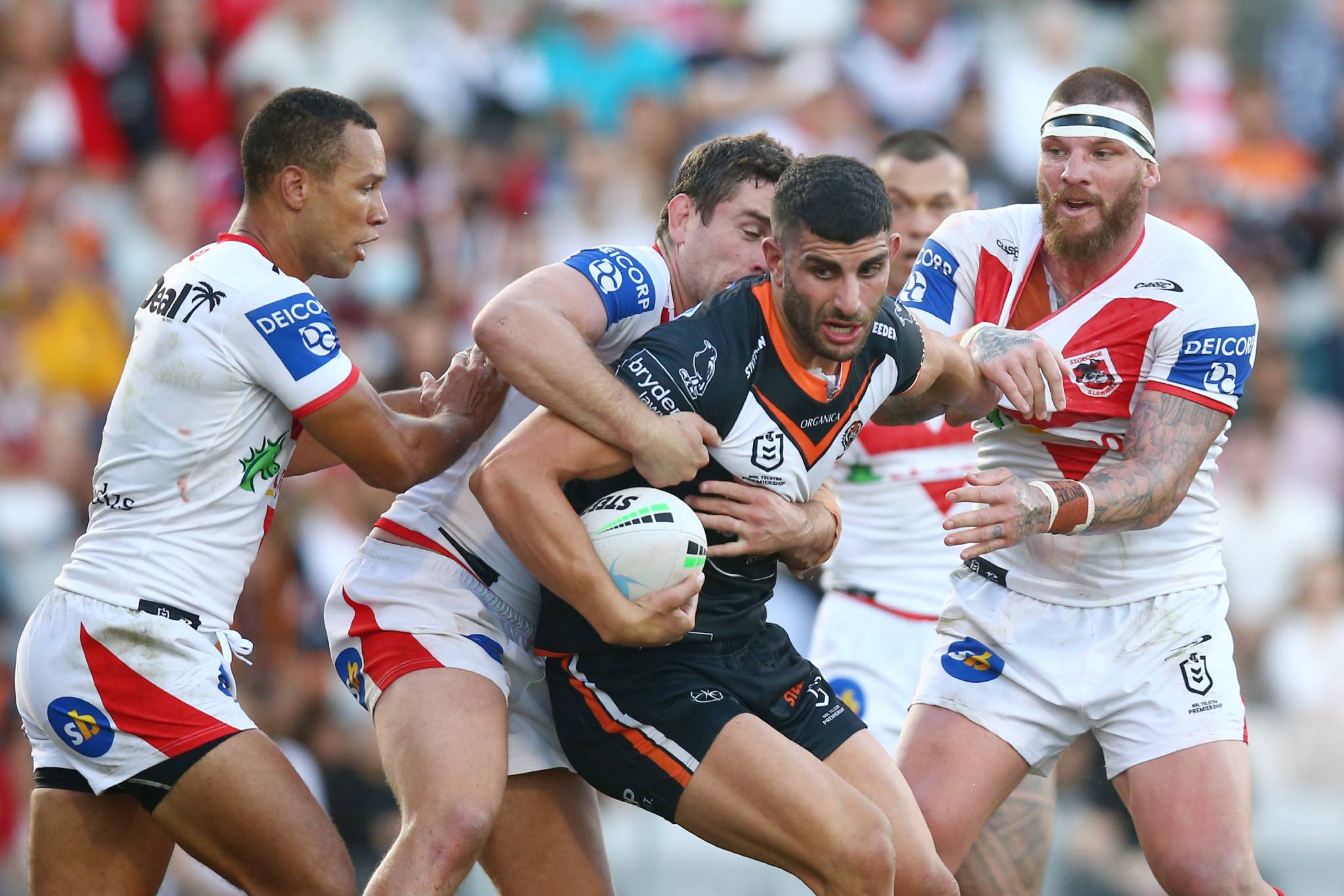 As an avid watcher of the game, like everyone else, it’s so frustrating to see this continually happen.

It’s yet another example of one of the many rule changes and tweaks that have been made in recent years that have complicated the game.

The last thing the NRL needs is more rule changes.

What it needs to do is simplify the game for the players, the coaches and the fans.

The smarter teams and the better coaches are using the language of the “held” and “release” calls and exploiting the other new rules to their benefit.

Having one referee was done around having less people making decisions after there was a lead ref and the pocket ref, I don’t know if we’ve totally solved that by having one.

There’s too much for one ref to keep their eye on at any given time in the game even with the help of the touch judges and the bunker, particularly with the combat in the play-the-ball, when the ref’s got to adjudicate on the 10 metres, forward passes, markers being square and a whole range of other areas.

Souths coach Jason Demetriou spoke about this central problem with refereeing at the moment after his team went down by a point in extra time to Cronulla last week when he questioned the speed of the play the ball against the Sharks strong on line defence, which has been outstanding this season. 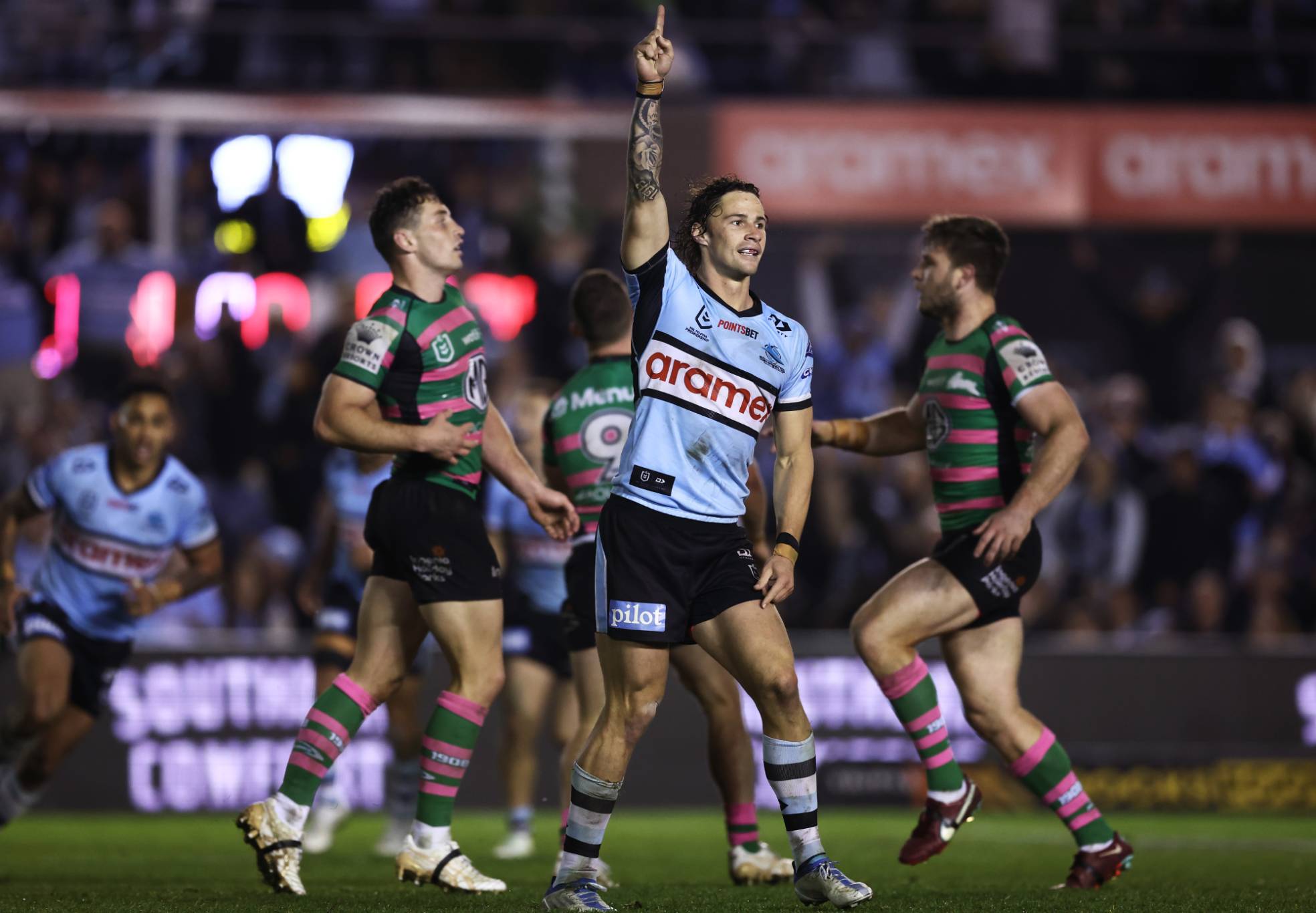 It’s a Craig Fitzgibbon trait that he’s brought to Cronulla this year. He was the defensive coach at the Roosters and in Origin with NSW and you can see his defensive influence at the Sharks.

He’s being smart with his tactics under the rules of the game and how they’re applied, which is what good coaches do.

Last year they were averaging more than 23 points conceded per game and that’s come way down to 16.4.

They look a lot fitter this year, I know they’ve changed up their strength and conditioning program and that’s really paid dividends.

A player like Matt Moylan, who has had a history of soft tissue injuries, looks more robust in 2022 than I’ve seen him at any point in his career and he’s been able to string together 19 games without missing any.

The Sharks have recruited well with Dale Finucane and Cameron McInnes bringing a no-nonsense high work rate to their pack in defence and Nicho Hynes pulling the strings in attack with Moylan.

Hynes had filled in at fullback, five-eighth, half and off the bench at Melbourne but they saw him as their No.7 and they’re getting the rewards for backing their decision. 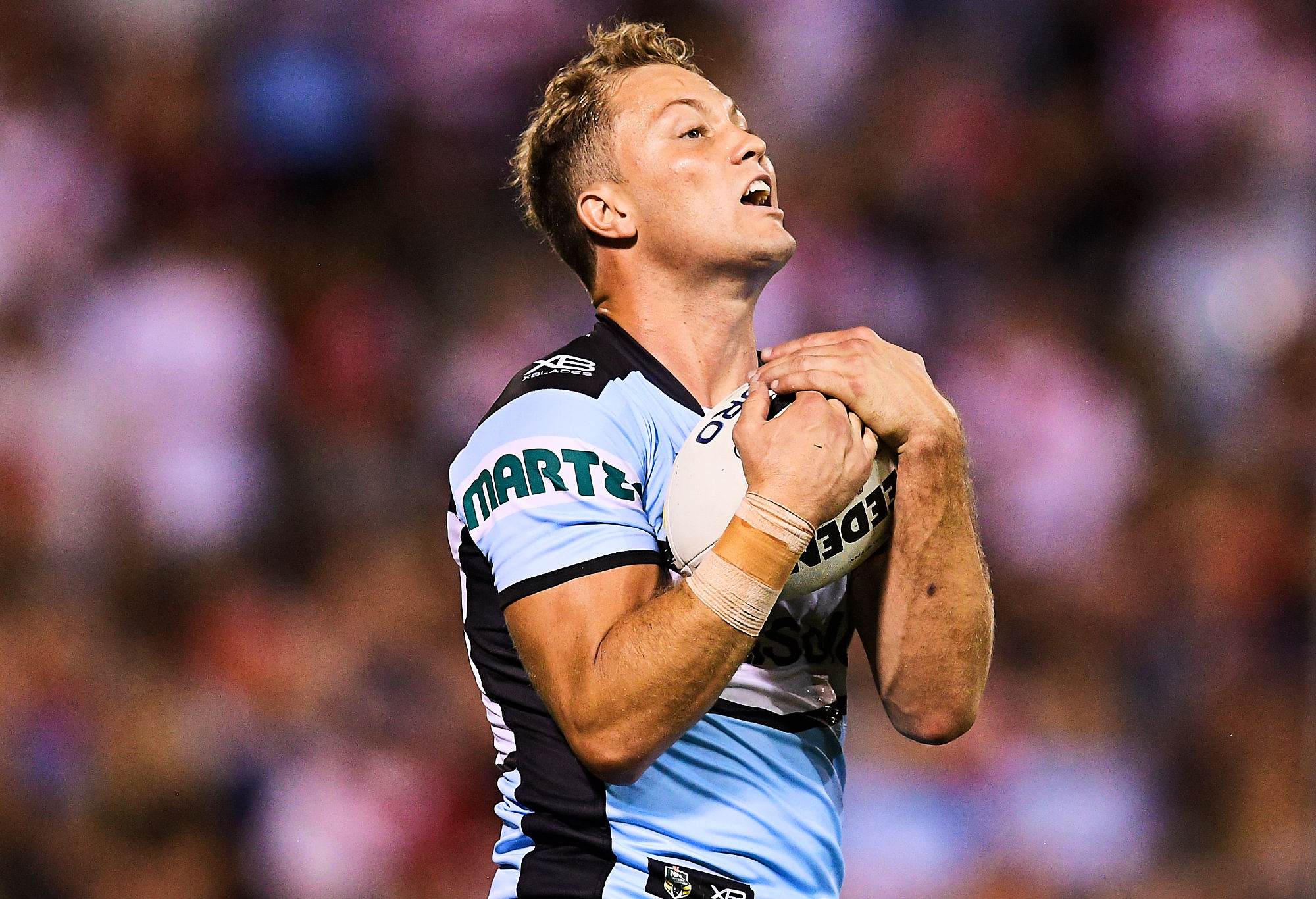 Cronulla’s spine with Will Kennedy and Blayke Brailey has been one of the best in the NRL this year but I don’t think too many people in the pre-season would have predicted those four guys to combine so well together and help get the team up to third on the ladder with five rounds to go.

They weren’t far off beating the Panthers a couple of weeks ago and they’ve beaten Melbourne and the Cowboys this year so they’ve shown they can compete with the top sides, which was a thorn in their side the past couple of years.

Cronulla have had a bit of luck with injuries and you need that if you want to go far in this comp. They’ve used the same 22 players for most of the season with only four other guys filling in here and there with one or two games each.

Can they go all the way? Penrith are still clearly the favourites even though Nathan Cleary and Jarome Luai are going to be out until the finals.

But I can see the Sharks maybe sneaking into the Grand Final with the way they’re playing.