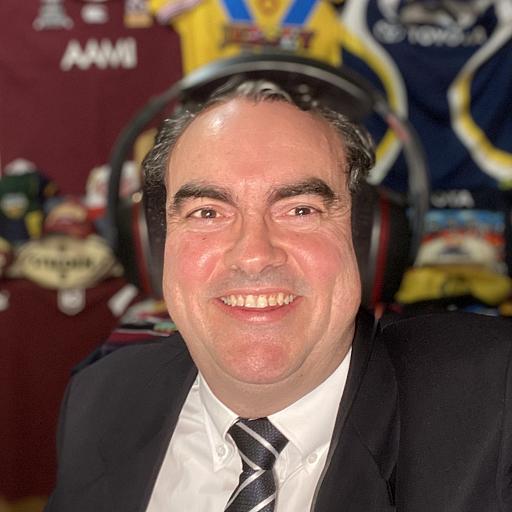 Costo has called more than 200 NRL games, mostly on TV for Australia’s Fox Sports & New Zealand’s Sky Sport, including the 2002 NRL Grand Final. He has also called almost 40 internationals (the first in 1992 when, at the age of 20, he broadcast Great Britain’s Australian tour opener against the Queensland Residents on WIN TV) including the 2008 World Cup Final when the Kiwis famously upset the Kangaroos at Suncorp Stadium. To this day, he remains Queensland’s most experienced Rugby League commentator, calling his first game at Suncorp Stadium in 1992 when he broadcast the Winfield State League Final between North Queensland and the Brisbane Capitols in a State of Origin curtain-raiser. Costo’s broadcasting CV also includes a swag of country grand finals from the Riverina and the Illawarra in regional NSW to his native North Queensland where he called his first game in 1988 for Mackay’s MVQ-6, now part of the Seven Network, whilst still in high school. After a journalism cadetship in the North with News Corp, Costo started reading the 6pm news in Cairns and Townsville in 1993 and two years later, became the original voice of the Cowboys which included calling the club’s first win against the Steelers in Wollongong. He later packed his bags for the UK where he called the English Super League. Costo recently returned to calling the game after a 10-year hiatus, broadcasting the NRL for New Zealand’s SENZ network before calling the Irish grand final, an international fixture in Dublin and the North American Rugby League’s inaugural Carolina Cup. Costo continues to be a popular figure in New Zealand and the Pacific Islands community, thanks to his trademark calling style and his efforts in correctly pronouncing the names of Polynesian and Maori players - setting the benchmark for Rugby League commentators around the world. Away from broadcasting, Costo has also worked in sports administration and politics, working as media manager at English Super League club Bradford Bulls and NRL club Canterbury Bulldogs. He also once advised the Federal Government on sports policy and it was Costo who recommended to then Sports Minister Senator George Brandis QC that former NSW Premier John Fahey be Australia’s nominee for the World Anti-Doping Agency (WADA) presidency in 2007. Costo was later elected as an MP himself, serving three terms as the Member for Whitsunday in the Queensland Parliament before his comeback as a commentator. You can follow him on Instagram @jasoncostigan or Twitter @CostoJason