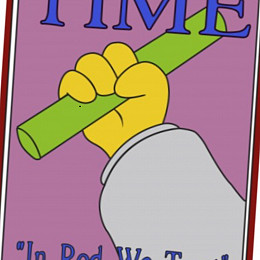 Too many dumb ass decisions.

Open it up – get back Audi, BM and Merc.

Accept Holden v Ford is dead and move on

Joe, I have been on this site for a very long time.
I have never read something as illogical and poorly thought out from a senior member of the Roar.
Pieces like this give Folau’s views even more airtime.
Now the outrage merchants and clickbait purveyors will hype this up no end.
It could have flown under the radar without as much as a sound bite but your piece wages the battle again away from the sensible middle.

Hi Jay. I think you know why it will fail – playoff grind. In one off games the defensive deficiencies can be masked – but come playoff time it won’t help. There is going small (eg Warriors as you mention and even the Bulls death lineups with Rodman at C) but this is getting a bit silly. If you had Giannis or Simmons – maybe – but not with the current lineup.

Professional sport needs a professional attitude – ie. the best equipped person for the job at hand.

The problem is there is too much undermining in Australian Rugby and nationality becomes another “tool” for these true “Trojan Horses” to use.

Until there is a national program as Spiro mentioned then it is hard to see an Aussie being the best candidate for the job. An whilst provincial and club self interest rules good national programs will not exist.

Hey Andy. Hindmarsh is behind the entertainment centre where the Sixers play. Both are close to the city and linked by the multi-million dollar tramline extension.

Upgrading where it is would be fine. It’s the facilities, lack of roof etc that are the problem.

A jump shot can be gained with time. His asset set otherwise, is a little more difficult to obtain.

Maxwell would have got 700.

To quote the great Bill

Got him, yes! Marvellous effort that

No excuses for Warner but many astute observers have noted a distinct lack of reverse swing across many different matches since the Newlands episode. Makes you think it was more common that the sanctimonious would have you believe.

A lot of discussion in this thread regarding injury risks. Fatigue related injury is a well known concept in ACL injury literature. I would expect that the ability to get in position for a lower and less dangerous tackle also decreases when fatigued. I am all for an 8 player bench.

The biggest improvement in the game to improve scoring would be TMO overview of a rigid offside line. Stop the cheating on a rush defense. Use the computer to draw a line. Notify the on field official immediately if a breach. 3rd offense in a possession is a yellow. There you go….. solved the rules for ya 😉

No because they made all the running and deserved the fortune they got. I’m a believer in making your own luck. I also thought the maul try being disallowed was tough.

However, a few of those “back and forward” errors in other games could have led to all black tries. The bounce of an oval ball is variable and unpredictable!

Hi Highlander. I actually though there were a number of English errors. This was somewhat proven in a few stats I saw. What was amazing is that when there was an English error they were almost always able to pressure the All Blacks into one shortly after. Normally ABs dominate teams in the turnover, but the English errors were often with close range passing and their always seemed to be support to defend in broken play.

To be honest I wasn’t sure how much of this was actually preparation or how much was fortune on the day! Certainly having to chase the score put some pressure on.

I’ve been complaining about this for years. Game has gone soft and then selective application of what is dangerous based on outcome not intent. It’s crazy

Please show me any sensible comment he has ever made on the Wallabies. It’s all “class” minus the “cl”

On the standards of this RWC he should have been carded. I’m not advocating that by any means but with the focus on high contact plus deliberate and after the play I think he was lucky.

Yep. But he isn’t dumping on the bad on field attitude shown by Read. The massive JB fail. The huge choke by the 3 to 1 favourites. That bloke needs a massive dose of humble pie and I hope he is enjoying it cold at the moment.

Few great kiwis on here paying respects to the better side. My only question is where is Jokerman? missing in action like BBBBBB….

Agree and I said the same in 2017. He is a motivator and nothing more. This can work with decent cattle in the short term. He refused to evolve and learn. I’m not sad today.

World Rugby threw him under the bus to appease home unions. It was a great all RC semi-final series in RWC 2015. The NH couldn’t stand it.

Done. I just think poor old Joubert has copped a lot over both games when he actually did a reasonable job.

Geoff – it was a great article until this

“dwarfing the bad luck they suffered at the 2015 tournament when they were denied a famous victory against Australia in a thrilling quarter-final.”

Incorrect statement. Apparently the correct ruling was an Australian scrum feed and therefore likely to obtain possession. Who knows what would happen then. Also, the penalty still had to be kicked.

Their victory was not guaranteed at all as it was a high scoring and free flowing game.

It was a marginal call, and I think you have been drinking the home nation (and whining kiwi) kool aid on this one.

By these standards France “suffered bad luck in the 2011 Final when they were denied a famous Victory against the All Black’s” – see where we are going here.

Seriously? VFL expansion and license/TV fees/deals to AFL saved some of these clubs you are referring too. This is typical hypocritical VFL rubbish.

Gold Coast gifted not one, but four priority picks by AFL

Not definitely correct on Davies. Other Welsh clearly forward of last feet and static. Good response below.

The point went over your head.
It should have been checked. Welsh forwards are well forward of the last feet anyway making him look better.
Regardless home unions whined no end about the Scotland result? Or do you have selective memory.

Hypocrisy of the home unions knows no bounds.

The pressure put on World Rugby to admonish Joubert was incredible.

Davies come from an offside position behind Poite and he doesn’t even check.

Even if he was only just offside on the stills being proudly displayed by the Welsh on Twitter there are forwards well ahead of the last feet.

Anyway – maybe Toomua wouldn’t have come in early if not for that so who really knows but to me the problem goes deeper than last week and all the way back to 2015.