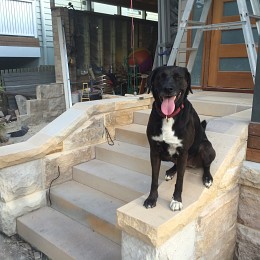 In my first ever Roar article I ask if we may take what is currently good and functional about Australian rugby, and deploy it…

“ Pray QC can return in an advisory role, …..and play if needed and fit enough. Let Lolesio, Donaldson and Edmed ……….
fight it out among themselves as to who is first choice for RWC 2023”
Yep, not sure in what order but that’s the gist of it.

“ that’s been one of Australia’s main problems for YEARS. Trying not to lose rather than win. Big difference”
Foley may have helped is to get to a WC final but he was unlikely to make enough play to help us win it.

“ Edmed and Donaldson need more opportunity in the cauldron.”
Cauldron, cauldron, any cauldron will do. As long as it’s hot, and it puts the Joey 10s under time and space pressure.

Great content Nick. Around a pertinent theme.
I thought to say it deserves a book. (No not the WB crit, a book wouldn’t fit it in 😛 ).
Rather the philosophy of linkages. An ex Wallaby club coach was known to say ‘We’re only as strong as our weakest link”. I would amend that to say ‘the weakest link that our foe is awake to’.
Thank you for the Henry moment. There’s nothing more peaceful than a field of war, when the war is not on.

I’m here to help, Brett. There’s enough straw in here some days to feed a herd of horses, with new ACT brands on their rumps, or not. 😛

In the middle of every faux zero sum game is a strawman blowing a whistle, uselessly.

It’s not that we added errors Brett, so much that we lacked any collective steely resolve.

But on the bright side, the other game within the series stands at
Quade 1, Chek 0

Jacko we both know that our countries have blurred boundaries. Unfortunately our view of the empire bosses without a leg to stand on, or a stitch to wear, is becoming less blurry by the day.
But of course, in a balanced world, Oz rugby shouldn’t ‘go it alone’. But at what point will NZ just play reserve grade teams all through Super?

NickO, it wasn’t so long ago on here that the chorus lament was our lack of props. And then Rowers. I spoke then of Tight 5 finishing schools, don’t know if we ever did it. Maybe we just prioritised them?
Anyway, that is not our weak link now.
You make great points.
I’ve often wondered about Larkham as a 10 mentor.
What was the content of his and Cheika’s chats about playmaker selection?

RA have little to do with what I said, Jacko. They don’t own the game. We the people do.

Brett, I’m not so naive to think all avenues are possible, but unless we let Oz rugby slide into semipro/ tier2 status, we would try everything, like the frog caught in the beak of a carnivorous bird still strangling the bird with all available free limbs.

“ Rennie goes to the toolbox and mostly finds hammers when he needs spanners”
And when the only tool you’ve got is a hammer, every problem starts to look like Quade made a mistake, ffs.

Trust you Chook to find a bright side – on the other sides of the world, FFS!!

“Not so long ago people here on the Roar was saying that Rennie could hold onto the HC job until 2027“
Not so long ago Rennie coached 5 out of 5 wins after selecting a genuine enabling playmaker after half a decade of playmaker neglect.
If Rennie is to fall in the near future, he has a choice now – to build something new that loses, or build nothing while he loses.
What a choice?

“ The biggest difference QC makes is game management and he varies the depth he stands in attack based on the situation. I don’t expect any of the young players to do the latter at test level but you can pick the best game managers, at least develop them. ”
Peter, I’ve been in that corner for about 9years of ABC groupthink echoing around these boards (and in Cheika’s and Thorn’s heads).
Quade is our best game manager since Larkham, yet folk have been arguing about tackle technique and other matters of less crucial importance. Since Link was flushed out we could’ve been building game management templates (which include strike running patterns) with QC in or around the squad. Cheika did a lot right, but his LOFO# default has handicapped us since, even now.
Time to stop the rot and build intellectual specialisms, not just physical specimens. Our weakest specialism is game management. If we had a 45 year old one we could do no worse than not having one.
JoC and Foley are not appropriate due to age. They are not appropriate because they do not strengthen our weak management.
#LOFO Love of F- – – y Only

Yes Peter when we strengthen weakest links, all links are strengthened. There is a tide in the affairs of men, which when a genuine playmaking 10 is selected, leads to fortune.
Which leads to the next question- where have all the flowers (10 seedlings) gone? And what comp are they playing and developing in?

Believe it or not Chook, I asked myself if I talk to myself too much already, and someone in the mirror overheard, and told me to shut up.
Was that you, or another rooster?
Aww cmon Ref!!!

I don’t know Checkmate about ‘untouchables’.
And I am loathed to slate cr4p home to a coach. BUT – Swain over Phillip? I like Swain and wish him many golden afternoons, BUT Phillip brings exactly the dependable bony meat that that scatterbrain game needed.
And he wasn’t there.
Inexplicably for mine. A new forwards coach happens to have also developed Swain and taught him some lineout and maul tricks.
Tricks was not what that game needed. Cue the exforwards to argue the toss of the row selection, but if Dan Mac selected the tight 5, he needs to adjust his dial up from Super to Test resonance.

“ Rennie is caught somewhere in the middle due to the Wallabies shallow pool of elite players”
There’s an echo around here.
Oh what a tangled web we weave when first we practice to deceive ourselves that our last victory is sustainable in a context of paper thin depth.
NRC?
ARC?
Oz A Pacifica comp every year?
10, 15, 2 Finishing School Camps?
A proper national rugby comp?
There ain’t no jumping over this elephant in the room, or pretending that the emperor isn’t nude.
Depth (including coaching depth) is our shallow link.
It’s way past time to take a deep dive.
Whatever it takes.

Understood Jon.
Underhill and Curry are different 7s to Hoops and Poey, though.
We can have 15 7s if we want but 1-6 and 8-15 would need to be physically and mentally adept for the number on his back.