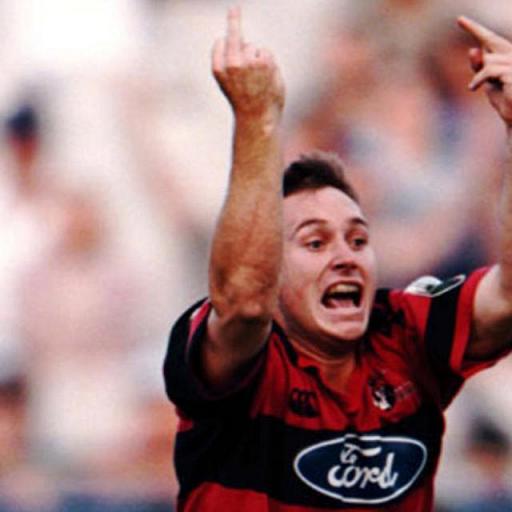 nroko hasn't published any posts yet

I think the growth of NRL and in particular AFL over the last 20 odd years has had an impact on other sports in Australia. It’s just a hypothesis, dont have any stats to back it up. I just these codes are very good a collecting the best athletes.

When watching live Warne on commentary said Hazlewood was checking up Pujara…but obviously this proves he wasn’t.
When sledges backfire this is what they resort to. Oh well, see you at Gabba mate!

Josh Hazlewood slammed for verbals after hitting Pujara in the head

Don’t have any doubts about the Argies, they will find a way.

Crowds were allowed. 50% capacity, that’s 20k to 40k depending on the stadium. The ticket prices were quite high. However for double headers and opportunity to see World Champs, ABs and home team Wallabies play it was justifiable. When SA pulled out the ticket prices remained high making it difficult for some people for fork out the money for single matches. SA pulling out definitely had an impact on crowds.

Having thought about this little bit more, actually I believe from a financial point of view Australia might be keen to swap the 2025 Lions tour with 2021. I am sure CH9 would be well interested having a Lion’s tour in their first year of broadcast. Although there is a lot more money to be made in 2025 as opposed to 2021, RA might actually need cash injection sooner rather than later. Especially if Australia holds RWC2027 which is likely to provide another cash injection.

South Africa will have to travel to Aus/NZ for Rugby Championship, I see another hub style tournament for 2021, at best its spread across Aus/NZ.

Oh ok, I guess domestically the Rainbow Cup will kick off in April…

It still won’t be a proper Lions tour with fans from UK not allowed in Australia (same with NZ). Nor would Australia be keen to ‘swap’ their allotted tour either. Australian rugby has a lot more to gain with a Lions tour in 2025 assuming the world is back to normal and the young Wallabies become a stronger side. Unless RA is desperate for cash and take whatever they want.

What’s on the menu for SA rugby after Currie Cup?

UK has already started vaccinations, so they hope by July most of the people are vaccinated, summer time, crowds can be allowed again.

As opposed to SA who are not rolling out vaccines until later on.

France is not touring Aus. Wales is. It would be a weaker Wales team if the Lions tour goes ahead.

Six Nations set to go ahead as planned

Postpone to when though?
I don’t see replacement tour either. However if it is postponed or cancelled then it would be good to see England come down. Who is France playing in that June international window?

Six Nations set to go ahead as planned

Not a great performance by ABs but it wasn’t terrible either hence why Los Pumas win was so impressive. Los Pumas were just more hungry in every aspect. Well done! Kind of reminds me of Japans world cup campaign last year, where they spent months training, the players hadn’t played much super rugby and then came out well drilled, fresh and firing at RWC.

I wasn’t talking about the NZ broadcasting deal. I was referring to the new Aus broadcast deal and what that would mean for Aus in terms of retaining players, building competitiveness, then NZR doesn’t need to worry too much about creating their own competition.

With regards to the NZ broadcast deal, obviously it has been affected by covid this year. However going forward, assuming TRC continues and test rugby is back then thats what generates the most revenue, thats large part of the the broadcast deal, this is the case for all major rugby nations not just NZ.
There will be less Super Rugby content because SA is no longer in it, but that content doesn’t generate much revenue for the NZ broadcaster i.e. most NZers don’t pay for Sky to watch games in SA at the AM hours of night. What’s more attractive for the NZ broadcaster is more of SRA. Currently there is 2 matches per week, they want 3-4 matches per week of the same quality at a friendly timezone. Hence the push for PI teams.

The reports were it was going to be significantly less than the previous deal so this is probably seen as a positive. I don’t know what kind of financial incentive is for NZR. The new deal probably means Aus can retain more if its players hence the Aus sides remain relatively competitive going forward which would attractive for NZR.

Probably something to do with new broadcast deal.

The thing is Japan is keen for Champions League style tournament so I doubt NZR and RA will not shun away the commercial opportunities the Japan offers. Wasn’t it part of RA proposal to have Super 8?
But I agree, the leagues that can participate and competitiveness will be an issue.

I believe this is only for 2021. Come 2022 we will most likely see a fully fledged TT competition + 2 PI teams i.e. Super 12, followed by potential Champions league type tournament with teams from Japan and elsewhere.

That’s a bit simplistic view. The players were given an opportunity to start, they didn’t take it. On paper the line up was impressive.

Gotta ‘thank’ covid. Things wouldn’t have moved this quickly regardless of whoever was in the administration, SANZAAR contract was until 2025.

Interesting format, buts its exciting none the less. Looks like bonus points will play a big part in this competition, its entirely plausible a couple of sides can go undefeated in the (half) round robin.

It isn’t, only Aus matches are FTA. And its at 5.10pm ADST, I guess to align with NZ primetime.

Ain’t the French suppose to tour Australia next year? They are going well so should make for an interesting series as long as they don’t get burned out with club commitments.

When his employers are paying him 900k a year I’m sure they want him to be getting up to speed with rugby asap.

"We want him to earn the right to play": Dave Rennie speaks about Vunivalu's Wallabies call-up