no one in particular

The season previews are starting to roll out, spring practice is out of the way, media days are in progress and, despite the season still a couple of months away there are plenty of great games to look forward to – and maybe book some tickets for. 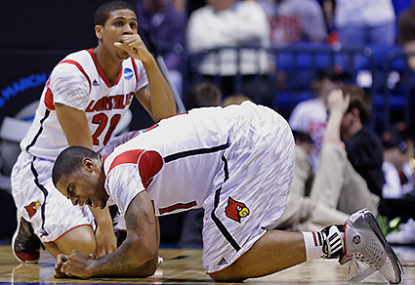 This week saw the release of the Ashley Madison account data, a dating site for married individuals looking for an affair. This has resulted in a few strained marriages around town. 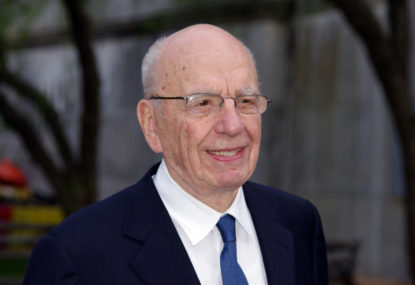 To win the Big 12 you are going to have to win the state of Oklahoma.

Every season we go through the talk of the NRL draw not being fair, as fans of one team battling for a spot in the eight feel aggrieved that another team had an easier run. 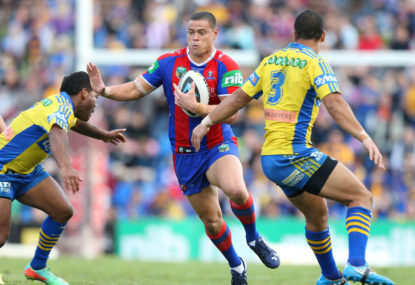 Penrith have conceded just 12 points in their last two finals games – one try off an error, the other off a bouncing kick. No attack has penetrated their defence in 160 minutes of Finals football. Melbourne made errors because they were not allowed to play their game

Souths will need to be at the top of their game next week. The Penrith team in weeks 2 ad 3 of the Finals isn’t the same team as week 1

It was a bit more then league not being allowed to use the grounds in France. Every piece of league equipment, including jerseys, was confiscated. Playing of the game was outlawed. “The Forbidden Game” by Mark Rylance is an excellent book on the subject

nothing wrong with the tackle

Looks look rain in Sydney from Wednesday onwards, so wet track for Epsom day. Icebath was decent today, loves a wet track $15-$17 out there

we may find out next week

Klein is a horrible ref, and I am not the least bit surprised he continues to get the big games

The only thing capable of beating Zaaki tomorrow is Probabeel. If she can walk in front and make it a sprint home, she can put in a very fast last 600m. She is a 1200m winner

For every Ryan Hall, Zac Hardaker and Sam Tomkins there is a Sam Burgess, James Graham, Gareth Ellis and Adrian Morely

Maybe it is a thing between forwards and backs

There is only one coach under real pressure this week, and his team is not playing tonight

All the pressure Friday night is on Wayne Bennett's Rabbitohs. It will make them or break them

Another race that shouldn’t be a Group 1

There’s only two in it for me. Profiteer has been set for this race. They want a Group 1 for stallion purposes and this is probably his one and only hope. No Enthaar really helps him. Wild Ruler has missed a place once on a good track, and that was over 1400m. He might be better over 1100m, but he will get the gun run

Gould was talking about the overall decision making of those in the game, not an isolated incident

I told you the other day, you really need to try harder

A lot of peoples solutions to this is based solely off this incident. If this is a bight on the game as people are trying to make us believe, then the solution should be based on incidents that happen every week.

“The Eels surely would capitalise on the man advantage.”

nothing to back this up.

“There is speculation that he knew that to call for play to stop for Kenny’s injury wasn’t appropriate.”

And even less to back this up

We all knew this was coming. Just another excuse to whinge over a legitimate loss 2 years ago. But the call in Parra’s favour the week prior with similar time on the clock is forgotten

Just made the semi’s, a solid foundation to build on and they let their starting half go?

Sexton may have potential, but he hasn’t done anything yet to show that he can lead a team in the NRL, let alone to a top 8 spot

I think a sprinter miler will be a better selling point. At this stage of his career he has an inferior resume to Pierro. I think a similar profile is what they would be chasing. Get a big mile this prep, aim him at the WFA sprints in the Autumn – Canterbury, Ryder, TJ, All Aged. If he doesn’t win at Caulfield they maybe head towards the Randwick Guineas – Ryder route (maybe Doncaster).

Having a 1200-2000m sire will get mares with a mixed profile, giving him a lesser chance of success

Gutho should be offered a contract downgrade, there is no question about it. If he is on 800k, then that puts him on elite player money.

Offer him 600k, no more. Where are the counter offers going to come from? Manly, Melbourne, Souths, Easts, Newcastle, and Warriors are all no. Penrith couldn’t fit him in. Sharks and Tigers have younger, cheaper fullbacks and using the money elsewhere. Canberra don’t spend big money. Gold Coast have Campbell and Brinson, both on less. Brisbane have young players they have trying to fit in the role. Dogs have spent plenty elsewhere. No one knows Dragons policy. That leaves North Qld (only if they don’t re-sign Holmes) and Parra. That leaves him with no offer but Parra. If someone wants to overspend and offer him more then let them. They did it with Nathan Brown, do it again

Dufty had one offer, there are other players like him. You are offering them minimum wage, no more. It’s not like you are signing them for 400 then dumping them to Wenty.

If Anamoe wins both I don’t think there is a chance he runs in the Cox Plate, his value as a stallion is assured. They may want to spell him and focus on a 1200m G1 WFA in the Autumn. Good or bad a TJ win might be more valuable then a Cox Plate

Downgrade Gutho, get rid of Brown. Use that money to sign Joey Manu. The team is now better.

A guy like Dufty will be rocks or diamonds. On a low contract there will be minimal downside. Play him on the wing opposite Sivo. If he doesn’t work out send him back to Wenty, and no real hit on the cap.

If they want to win a comp they have to try something, the current team is not up to it. Change the team up and move matterson to 13. More of the same obviously doesn’t do it.

Artorius looks like he is trained for the mile and this is a decent cheque on his way to his goal.

You shouldn’t have to hope a player comes through. Only one team each year can win the comp, you have to take a risk. Penrith have taken one with TPJ. Get rid of Brown, offer Gutherson less and chase Manu. Sign a couple of guys with low downside, but very high upside if it comes off eg Dufty

And the Parra pack has one current rep player in it, but contains the clubs 2 best players