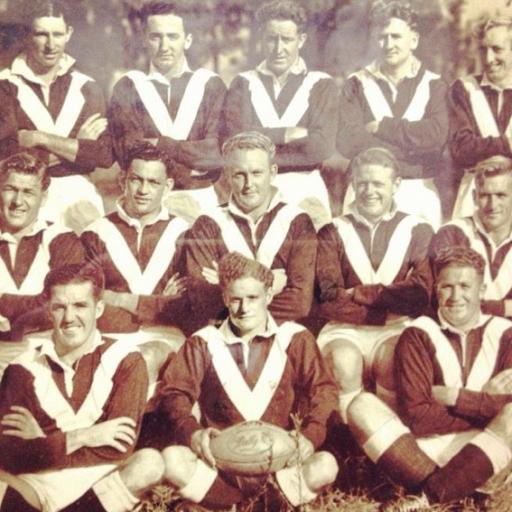 Even though I’ll be disappointed if Manly cop the loss on Friday, whoever gets the win is definitely who I’ll follow into the GF. Both of these sides have created so much flair and colour to what was expected to be a cake walk for last year’s finalists. Should be a great game

It’s a very good list which should give plenty of teams hope for the future. Personally I’d have Schuster ahead of Saab for Manly’s rookie but not by a lot

Agreed.. but Arthur still gets a pass mark it would appear

I would consider lack of improvement year on year as underachievement . I see no improvement in that team in the last three or four years, Arthur has been there for eight

No Kent, they shouldn’t get rid of 15 coaches on Grand Final day, and that is a nonsense conflation of my point. Arthur has been there eight years and they look no closer to being a serious finals team let alone a premiership side. The pattern of early season success slowing into a complete slump followed by a couple of plucky performances at the end is not what anyone should consider a success for Parramatta, a club with massive resources, a giant junior recruitment pool. thousands of loyal fans, a state of the art facility and a giant junior recruitment pool. If you think it is then good for you. As for Maguire, I am no fan for what it is worth but he has massive front office issues to deal with Arthur does not have that excuse

Arthur will stay at the Eels for as long as he wants the job or so it would appear. After eight years of his oversight of a team that has underachieved it’s hard to fathom why but Eels fans seem content with the results. It’ll be interesting to see how their retention and recruitment goes in the off season, they have around seven key players who aren’t locked away yet.

You’re right… according to these people evidently the only hope anyone has of winning a competition is to wait it out until one of the two or three become available. It’s the same argument that has kept Brad Arthur employed after eight years of under achievement. His job is safe, it would appear until the chosen one arrives.

Ciraldo definitely the big winner in this announcement. I hear what you’re saying on other coaches being capable of fixing that mess, I’m just glad Madge thought Manly’s facilities weren’t up to his lofty standards in ‘18 when he knocked them back and we had to settle for Dessie

it’s very easy to fire the coach and say its all his fault i get that. On the flip side its just as easy to blame the players and the board. The team that coach is prepping every week looked disinterested most of the season and in many cases he hand picked his squad. Unless he gets propped up by some seriously good recruits in the off season and Tim Sheens is arriving with a magic wand, next year will be bleak again

Precisely right. Outside of the first few rounds and a disastrous first finals game they held their own when playing top sides. I guess the knockers must’ve bored even themselves with the one man team rubbish

It’s actually he and others who wanted the games rules be subjected to an on the run interpretation by referees. Their thing was refs being allowed to ignore rules to feel the “flow of the game” using “common sense “. The nett result of the NRL adopting this approach is a shambles with more not less controversy

I’m with the latter proposition. It has had zero positive impact on the game. Get the referees to do their job rather than let them off the hook with randomly awarded six agains

A very fair observation. Cleary Junior is physically nowhere near where he’d hope to be right now. It’s a credit to his toughness that he’s soldiering on.

The try was a worthy winner but surely this award should go to the man responsible, Rueben Garrick. Tom himself said as much and i think was a bit embarrassed accepting it.

I am happy to acknowledge Manly’s shortcomings this year but to be as dismissive as Girdler is just plain dumb, even for him. Even suggesting that they’re the weakest side in the four ignores Penriths current form and Souths couple of thrashings by Storm and Penrith this year. Not to mention the Eels beating the Storm twice. Too much is made of form and favouritism this time of the season. Any one of those sides can have a good or bad day at the office in finals. We heard all year that it was going to be a replay of 2020.. well that’s not happening.. the same people are now saying that the Storm are unbeatable.

Girdler a bit strong? Not between the ears! Weren’t the Eels a genuine top four side when Manly piled points on them twice this year? As for not beating the Storm? That’s a big list

The full screen replays whilst live action is relegated to a tiny box in the corner is asinine. More often than not it’s a replay if a dropped ball or something just as riveting. Radley is a serial dunce who will never learn his lesson no matter how long he’s suspended

Whatever the idea was Ruck infringements haven’t decreased and are randomly policed just like before so that didn’t work. Teams defending are, as predicted using the rule early in the count when it suits them. The ten metre rule should be a penalty no question.

They’re well overdue for a call or two

It’s the patented arbitrary application of rules.. nothing new it’s the NRL

Not sure that i said anything about Penrith but if playing no worse than a team currently off their game is the standard that you aspire to then good for you. Arthur keeps his job by keeping eels fans peeved nothing else

I wonder whether there would’ve been so much conjecture if those 4 points were taken from right in front. I applaud their initiative in going for the tries but this is finals footy. You take the points where they aren offer to apply scoreboard pressure. 12-6 with time running out may have made their task a little easier.

I can’t understand why he has as many detractors to be honest. He is a really competent fullback who most sides would grab with both hands. I suspect that a lot of the Panthers fans negativity toward Edwards is that there is a thought that Stephen Crichton is their answer to Turbo, Latrell and Teddy, not entirely sure why, maybe he looks the part more.