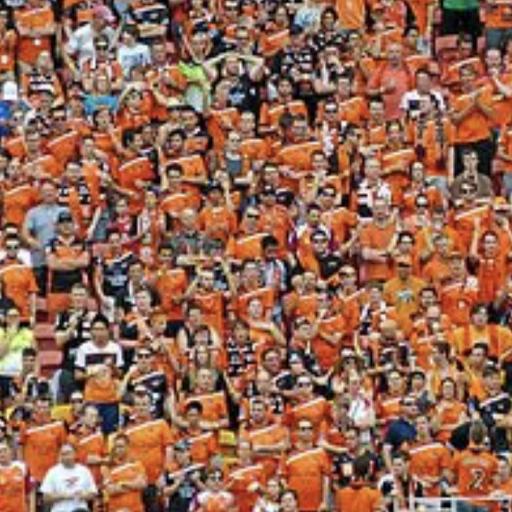 Waz hasn't published any posts yet

Appointing (another) foreign coach to a figurehead position would be pointless.

And the statement “ and advised the state federations along with the national stakeholders on the best paths to success” … Ernie hasn’t got the experience for that and I doubt that’s a very good use of his time, and advising States with widely divergent needs and challenges would be a full time role for a start.

Ernie’s at the wheel - but not as the 'distruptor'

Victory looked pretty decent for early pre-season; WU less so but they’ve time to sign a few players yet. Enjoyed watching Nani to be honest, looked like a genuine game changer.

Bit harsh on Jets after one game, especially where Adelaide looked pretty good.

They have a good coach and some decent signings so should go okay, even if goals might be harder to come by.

Yeah, can’t get behind the biannual thing either.

The correct question is surely what is the optimal number of teams for a WC when ~200 countries enter.

Personally I think 64 is about right – others will disagree I’m sure.

I’m not convinced by anything that involves groups of 3 tbh but …When FIFA expanded the WC to:

And they were wrong.

So people saying further expansion is bad need to study their history before imagining they are the first people to say “expansion is bad” …. imagine if the World Cup still only had 8 teams in it!?!

We n this context, what do you mean?

The A-League finally has a fixture list fans can support

Do you actually read anyone’s comments before you reply?

What is the purpose of your reply, or are you just trying to be argumentative?

Yes, Lowy made the clubs responsible for debts and crucially he kept ownership of the brand IP and didn’t give the full revenue to the clubs.

Talk about set up for failure. Does that happen in Japan?

Had Roar been able to keep a proportion of the revenue from 150,000 tickets sold to three Grand Finals it’s highly doubtful the last owners would have gone bust.

The J League was a closed league st the start with a plan to create a J2 and J3 later.

I think the biggest barrier for AL owners and the pyramid is resentment towards the “football system” where clubs lost out on millions of revenue to fund national teams, NPL etc but are now expected to accept a pyramid?

I think you’re right about Japan setting out with a vision – we really need that in Australia and it would focus everyone if we had it – instead we’re left looking backwards at the divisions of the past.

It’s a good comparison, J-League to AL, but so many more questions need to be addressed.

The fundamental one you miss out on is Lowy’s intent when he took control over football in this country nearly two decades ago – it was not to create anything like the J-League but instead a version of the “Big-Bash” (before it was even a thing) that suited Fox and filled a sporting calendar blank and nothing else.

Only when AL (and AAFC) clubs expressed a desire for something more did we hit civil war issues — that didn’t happen in Japan.

And the “foreign ownership” is a convenient distraction for you — when Jets had Australian owners were they any better run? No, a succession of Australian owners ran up debts so massive the club failed numerous times.

Same with the Bakries – not great owners but Roar had two Australian ownership groups that both let the club collapse under massive debts.

There’s plenty of foreign ownership in overseas leagues working fine (look at Nottm. Forest). There’s only good owners and bad owners, whether they’re Australian or not is as irrelevant as “stop the boats”.

Does the J-League fave a hostile media that seeks to undermine football as Australia does?

Do the clubs underneath the J-League seem to be in civil war with the rest of football?

Did the Japanese FA run the competition and ring-fence most of the income generated to support national teams and a lavish Sydney HQ?

Did the Japanese FA block J-League clubs from having an Academy until 3-4 years ago as the FFA did to AL clubs?

Are transfers & loans between J-Leaguej clubs allowed, unlike in Australia?

The Socceroos have decent accomodation selected & endorsed by one of the country’s leading former players.

The same way they should protest Australia’s climate policy for the past decade – causing unimaginable damage to the global climate for decades to come …. or are picking and choosing what we are protesting about?

If we’re not, I can continue with lack of Aboriginal rights, treatment of women in politics/society, inhumane immigration practices, selling off of land to China, Billionaires attempting to distort elections, lack of an independent and free press …. so many to choooose from … where to start the protests??

How should football protest Qatar 2022?

Young (and lately Chaz) are on a different scale of “interest” compared to most lol.

'Be undeniable!': Is Jamie Young the most interesting player in the A-Leagues?

It’s become a modern way of writing an article – pick a problem and attach something to that problem that you want to blame for that problem.

In this case: A league average attendances have gone back since season 1, that means that marquee players don’t work … right? …… right??

It’s like arguing that cats have 4 legs and a tail, therefore all dogs must be cats …. right?

The massive fall off in crowds that started in the middle of the last decade will have had multiple factors, some of which may include:

* No marquees (I’ll start with that one for the irony)
* The splitting of the “fan base” when EPL left Fox for Optus.
* Gallops ‘War on Fans’
* Murdochs ‘War on Sokkha’
* The war between FFA and Clubs
* New Football vs Old Sokkha divide widening
* A failure to expand
* Poor expansion choices when they did expand
* A move from 3 games vs opponents to 2 … oh, but some for three
* The weather events
* COVID

So it’s a great debate to have BUT all dogs aren’t cats just because someone offers a poorly constructed argument as to why they are.

The problem with Nani's move to the A-League

No mention of Roar 😂

Bring back the Bling??

$$$$$$$ will normally more than compensate for that.

Not quite. He was underwhelming by his standards last season.

Maybe a settled stint at Adelaide will see him recover his past form …. but would anyone be surprised if he left in the January window for the Middle East?

It’s a win-win for most ALM fans see …

If he’s a hit, the ALM benefit.

If he’s a flop, he signed for Victory 😂