League man gambling? Knock me down with a king size Tontine
Gambling is everywhere in the NRL. But if you reckon you can win against the bookies, if you reckon having a punt on the weekend is so ingrained in our culture that it'd be un-Australian not to, then you're a mug.
By Matt Cleary
Mar 18, 2017

And so rugby league man Tim Simona has been de-registered for gambling in a game sponsored by gambling.

That an NRL player could have proved susceptible to the siren song of punting, to the ubiquitous advertising and advertorial product placement that’s become very much a part of rugby league…

Well, knock me down with a king-size Tontine.

Now, this isn’t a piece of wowserism decrying the evils of gambling. Well, maybe it is, a bit. But from the get-go: the site runs betting ads and the author loves a punt. Loves reading form and circling a few with a fat red texta.

There’s an old SP at golf who’s generous with his tips. Loves a tip. Loves a bit of mail, spreading it about. All that banter and good oil is part of the fabric of this sporting life.

However, if you, like me, “like a punt”, and it’s quite probable that you do, given Australians spend $23 billion per year gambling – SWEET JESUS CHRIST ON HORSEBACK, PEOPLE, TWENTY-THREE BILLION! – then we need to be fair dinkum.

You are a mug.

And while it’s possible, even probable, that you are a relatively intelligent member of largely middle-class urban Australia, if you “like a punt” then you “are a mug”.

Cool with it? Okay! Read no further and decry the author as a wowser with affectations as a poor man’s Peter Fitzsimons, channelling that bandanna-headed worthy’s preachy, elitist schtick.

And that’s cool if you’re thinking that. I’ll cop that, sweet as the nut.

But if you like a punt you should cop this sweet in return: you are a mug.

Oh? Gambling is a “battle” between punter and bookmaker?

Even that tiny percentage of gamblers who beat the bookmakers, they aren’t allowed to get on.

Said mate from golf, the old SP? He hobby-bets for beer money. Each year he might make $20k. And for that, his account was black-banned by Sportsbet. Too good for ‘em.

They don’t tell you that on the ads with the fat bloke on the phone, do they, maaaaate?

Perhaps you can understand it, rationalise it: bookies run a business. If punters always won there would be no profit, and hence no bookmakers.

And then where would we be?

And it’s our choice as punters whether to get on or not.

What I’m done with – done, done, done – is all the bullshit and lies.

I’m done with the messaging – and it’s everywhere, on TV, radio, the interconnected web of computers known as the internet – proclaiming both overtly and subliminally that the bookmaker is my friend.

Samuel L Jackson in his backwards beret telling me I’m part of some exclusive worldwide ‘club’. 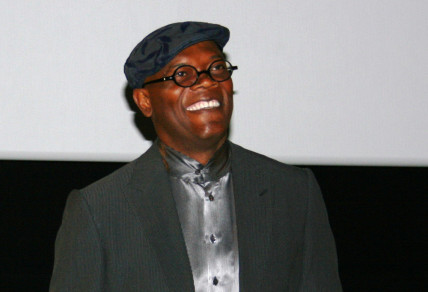 The toothsome good sort from the TAB and the ex-footy player are now a ubiquitous part of the footy, the Footy Show, Monday Night With Matty Johns, and just about everything else.

All channels, all media. They’re everywhere these people, selling the punt, selling loss.

I’m done with ‘em. Done with the hotties and hucksters whose gig for corporate paymasters is to suck me in and fleece me of coin.

Those ads. “Maaaaaate. Have a punt! You a punter! Top bloke! Love a punt? Punter! Puntaaaaahh. Maaaate. Wanna punt? Course ya do! Puntaaaaahhh! I’ll never admit this even though it’s not even really a secret but you’re a mug, a sucker, one born every minute, maaaate.”

And someone should think of the children, as they say. Kids watch the footy. And gambling on footy is now… well. It’s a part of it. It’s not even an ad – it’s in the freakin’ editorial. Part of the show.

Tom Waterhouse tried to tap in a few years ago. Remember Tom? Was a time you couldn’t turn on a TV, radio or iPad without Tom’s head popping up telling us he’d come from three generations of bookmakers and that made him uniquely placed to offer you, punter, the wealth of his market expertise.

Tom and his people thought it probably didn’t matter. “If we build it they will come. They are, after all, mug punters, and thus powerless to our siren song.”

And there he was, our Tom, part of Channel Nine’s footy coverage, seated with Gus, Sterlo, Joey and Rabs on the pre-match panel of prognosticators.

And that’s when Tom jumped the shark. And people couldn’t cop it, and said, “Booooo, this should not be.” 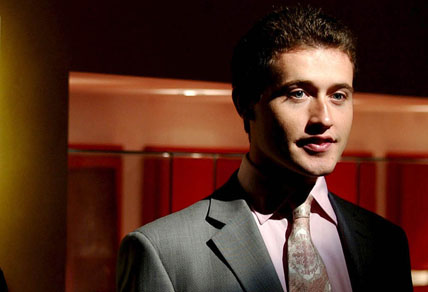 Tom Waterhouse was not a fan favourite

And soon enough it was not.

And then Tom Inc. was bought out by William Hill who continued to sell the same stuff Tom sold (the punt, loss) just without Tom as figurehead. Because the punters – which meant, most importantly, the punters – could not cop him.

And they’re very good at it. And if you reckon Tim Simona’s the only league man who’s been sucked in, there’s a Harbour Bridge I can sell you, lick of paint, bargain, mate.

Yet people cop it from Sugar and Muns and the other every-people when they couldn’t cop it from Tom. Because Tom looked like a silver spoon-fed princeling in a tailored suit. Muns looks like your butcher.

Thing is, if you are buying the polished yet homely schtick of Caine and Rogers and our man Muns, and you buy “the punt”, you’re buying loss. You cannot win. Over time, you will lose. It is fact. Fact. It’s gambling’s Big Lie.

The bookies frame it as a battle of smarts between bookie and punter but there’s only ever one winner.

And if you do win, they cut you off.

Again, if you’re cool with that, all good. If you’re sweet with mostly losing but occasionally feeling that heady rush of winning, and of looking at the zeros in your betting account and thinking “Damn, but I am rich, I’m going to buy a heap of stuff, I’m like Homer Simpson thinking what would his life be like if he robbed the Kwik-E-Mart,” then that’s okay.

But here’s another thing: even if you win, you most probably aren’t going to buy anything except more of the punt.

And that’s why $23 billion – JESUS CHRIST ON A HOBBY-HORSE, AUSTRALIA! – flows from our pockets into the bank accounts of Australia’s wealthiest people. Twenty-three billion.

There’s a nudge over 23 million people in the whole country. And we’re not all kicking in a grand each.

Mind you, we’re far from the world’s most prolific gamblers.

It’s estimated by our man from the TAB that the people of Taiwan – population 23.5 million – bet $US1 billion on every single English Premier League match.

Most of that betting is unregulated. Little wonder bookies want into Asia, that Jamie Packer has a casino in Macau.

For if there’s one thing Packer took from his old man Kerry it’s an appreciation for people’s mad, mug love of the punt.

Once the big fellah passed and handed over keys to the kingdom, it wasn’t long before the son sold the media side of the business and focused on gambling. Forbes says he’s worth $3.5 billion.

There’s a nudge over 23 million people in the whole country. And we’re not all kicking in a grand each.

Seems a shallow, even worthless way to make a quid, especially if you’re just trying to turn three billion into four.

Anyway, as I said, I do enjoy a punt. But these days only on the horses, and then only some of them.

I bet big meetings with exposed form. I’m selective and disciplined where once I was wanton, even manic. I listen to the old SP.

Bookies will say I’m the sort of responsible gambler that they want. But that’s bullshit.

Bookies are rich from fleecing mugs. Give the mugs their money back if they’ve gambled irresponsibly, then the exhortations to do it responsibly would hold some water.

And another thing… I no longer bet on sport, which has allowed me to both keep my money and enjoy watching sport. When you bet on a game, the bet becomes largely your focus: First try, first goal, half-time spread, the line, all that.

But just watching the game – as we all mostly just used to do – is both more enjoyable and profitable. 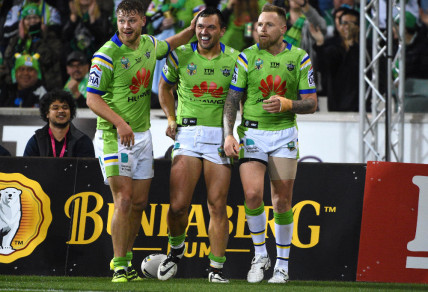 Thank god the Raiders were winning in 2016

It has helped that the Canberra Raiders actually had a winning team last year. Betting heart over head on Canberra over the years, nobody won except old mate Bill Hill.

So I’m a bit smarter. But then I’m 47. The vast majority of sports gamblers are young men, risk-takers in the warrior phase of life.

That’s why advertisements target them. Because young men like risk. And gambling is risk.

But it seems, given the numbers, they can’t see it for what it is: Being sucked in. Being a mug.

Now, you could make a case that it’s every Australian’s right to do with their money what they please, and that’s a fair cop.

Perhaps for you, gambling is a harmless pastime and you’re cool with a couple hundred bucks as your weekly recreational spend. Fair cop, too.

Perhaps you even like adding zeros onto the bank statements of Australia’s wealthiest people.

But if you actually fair dinkum believe you can ‘win’ on the punt, if you believe the bookies’ entreaties that sports gambling is part of being Australian and that all dinkum Aussie good blokes bet on sports and that you should, too, and you gamble because of that, then, well, sorry, mate.

Matt Cleary is a sports writer from Sydney. He enjoys golf, footy and Four Pines Pale Ale, and spends as much time as conscience allows at Long Reef GC. Tweet him @journomatcleary, or read him at his website.

Design and editing by Daniel Jeffrey

Editor’s note: Yes, we get the irony. The Roar is a sports site and we do work with wagering partners. But this piece reflects the opinion of writer Matt Cleary, and we support his right to express it.